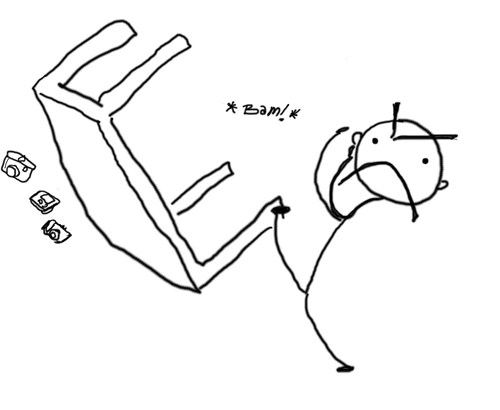 The popularity of mirrorless cameras (also known as CSCs or EVIL) has been unprecedented, thanks to their compact form factor and full range of features, plus superior image quality compared to their point-and-pray… er, I mean “shoot”, counterparts.

The technology inside these cameras has evolved in leaps and bounds since the first generation of mirrorless cameras – including the Panasonic Lumix G1 and Olympus Pen E-P1 – were introduced. (Though arguably one of the first “real” non-DSLR cameras was the Sony F828.) Following these cameras, almost all the other big brands including Sony, Pentax, Samsung, Fuji and Nikon have each developed their own interpretations of the technology.

All have something in common – not only the nature of their technology – which is the fact that all cameras in this format lack a complete feature set. Any function that one camera is short of, another camera might have, but it’s missing something else… ad infinitum. The growth of this technology, as mentioned before, has been rapid, but this has taken little account of what users really need. (The brands appear to “assume” they know the needs of users, but photography forums are full of comments echoing what I write here.)

For example, the Olympus Digital Pen series have in-body image stabilisation but no Focus Peaking (for manual focus) as found in Sony NEX cameras. The Sony NEX system, meanwhile, has many of its essential functions hidden in menus and only one model (the NEX-7) has a proper hotshoe (which is a non-standard Sony one needing adapters). Conversely, the Fuji X line-up of cameras (X100, X-Pro1) all have standard hotshoes but no Focus Peaking… And so on, and so forth, for every make and model.

For me, one of the most important commonly-missed functions is Focus Peaking, which I think is essential for all cameras of this type, since most people choose to get manual focus lenses to augment the poor, limited range of autofocus lenses available. (In the case of the Fuji X-Pro1 and high-end range of Olympus, Panasonic, Samsung and Nikon, it’s almost a sin that they don’t have Focus Peaking.)

For those not familiar with the concept: Focus Peaking is a visual aid to assist manual focus. If you want to see how it works, watch the following video:

Even without the hotshoe, many brands are missing the entire market of photographers who use flashes off-camera seeking to maintain compactness and light weight…

So, mirrorless camera manufacturers: please have the decency – instead of creating many new versions with minor adjustments – to read what people are saying about your cameras in internet forums. Use this to plan new models; don’t “assume” what we want when it is better to listen.