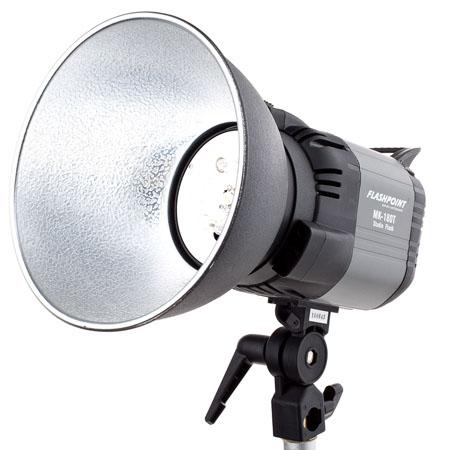 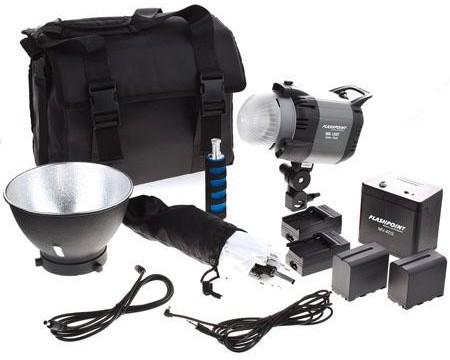 The MK-180T monolight offers adjustment down to 1/16 of full power, an LED modelling lamp, sync port and optical slave sensor. The power pack takes two standardÂ NP-F960Â (Sony-type)Â lithium camcorder batteries, providing enough capacity for 700 flashes at the brightest 180J setting.Â The MK-180T’s Bowens “S”-fit bayonet is one of the most widely-used accessory mounts in the studio lighting world, so you should have no problem finding a range of generic and branded light modifiers that are compatible with it. With an integrated tilt bracket and a removable handle, the flash head may be mounted on a light stand or held by an assistant. 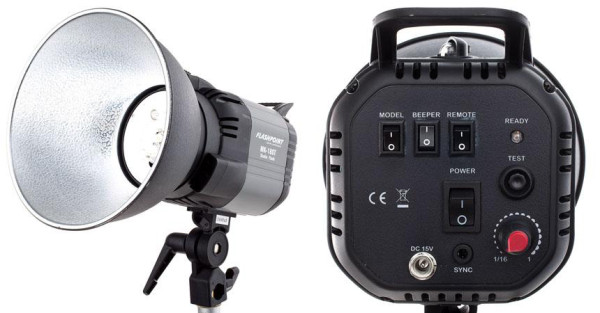 The Flashpoint 180 Monolight and Battery Kit is available now for US$199.95 from Adorama, a store based in New York City that ships worldwide.

Live in Europe and don’t fancy paying for transatlantic postage? Fear not: the Flashpoint 180 is just a rebadged Falcon Eyes MK-180T, which is available under the OEM brand through official European distributor BenÃ¨l BVÂ (NL). Kits are about â‚¬219.