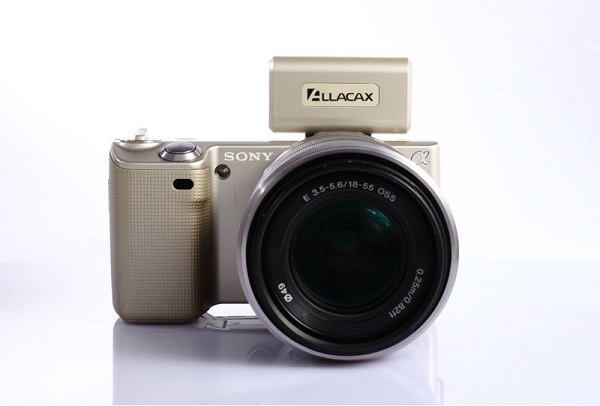 One of the criticisms about “mirrorless” compact system cameras is that they lack standard hotshoes for us to plug in our flash units and radio triggers.

While some professional photographers are switching from their Canon and Nikon DSLRs to some of the higher-end new snappers such as the Fujifilm X-series and Sony Alpha NEX-7, not everybody is prepared to shell out Â£800-1000 for a high-end compact system camera.Â Those mere mortals amongst us may simply want a more pocketable shooter that’s in the same price range as the bulkier Nikon D3200 or Canon 650D, so that we can start off on a lighter device or leave the big rig at home when creating personal projects.

The problem is, if you opt for a Nikon 1 V-series camera or any Sony Alpha snapper cheaper than the new NEX-6Â then you are faced with non-standard accessory ports that won’t accept any radio triggers, be they anything from industry-leading PocketWizards to cheap-and-cheerful Trigmasters. (Yes, there are some inexpensive hotshoe-equipped mirrorless cameras from Pentax, Olympus and Panasonic, but you might be attracted by other features of the Sony system such as focus peaking.)Â In the case of the Sony NEX-series, there are adapters but people can be forgiven for not wanting to rely on such a solution. 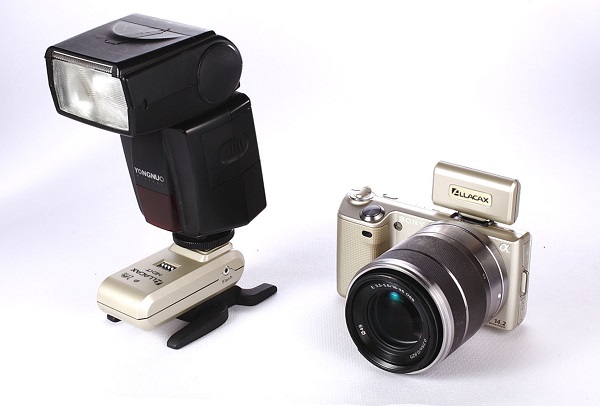 A Chinese manufacturer called Allacax (formerlyÂ Fottga) have stepped up with something that hasn’t been done before: a dedicated radio trigger for Sony NEX cameras. The device, called the Allacax Next, slips neatly into the NEX “smart” accessory shoe and draws its power from the camera. It communicates over the 2.4GHz frequency band and can, the sellers claim, trigger flashes from as far as 100 metres away. 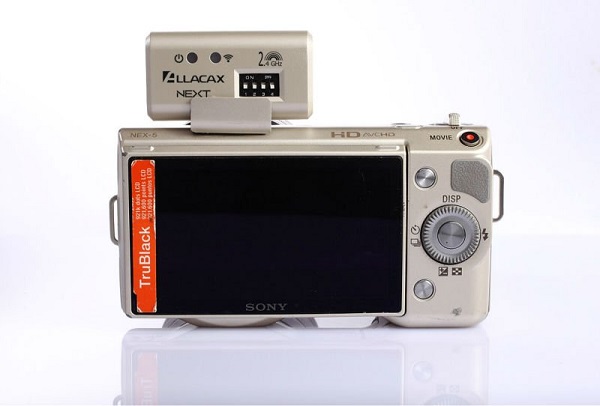 The receiver is powered by a pair of AAA batteries and can connect to speedlight or studio flash. You can sit your remote flash in the receiver’s hotshoe or link it up to the standard 2.5mm sync port. A 1/4″ tripod lug on the bottom of the device will let you mount it on a light stand. According to the specs, the maximum sync speed is 1/160 second. 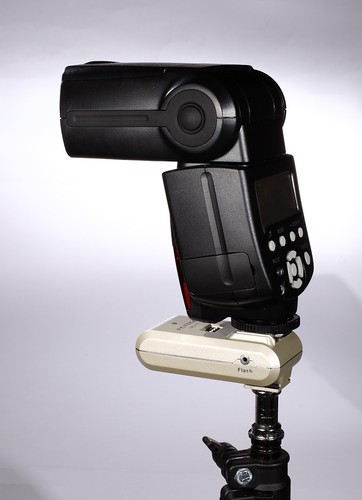 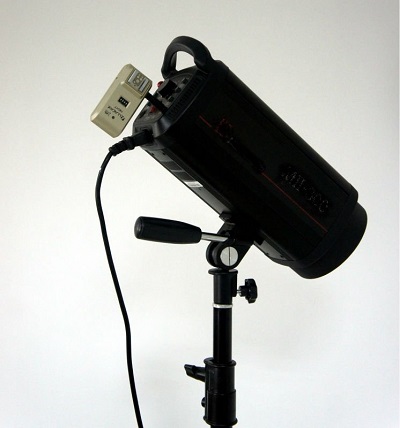 The Allacax NextÂ is listed compatible with the Sony Alpha NEX-3, NEX-C3, NEX-F3, NEX-5 and NEX-5N. There is no telling if you can buy the system in styles other than champagne gold (pictured), but this colour scheme is sure to exude an air of class. For the princely sum of US$45.00, a kit containing one transmitter and one receiver can be yours.Â Click here for eBay listings,Â or you can visit Allacax’s AliExpress store. It is also available at EachShot.com.

Now that’s sorted, here’s hoping the R&D team are working on something for this author’s Nikon 1 V1…