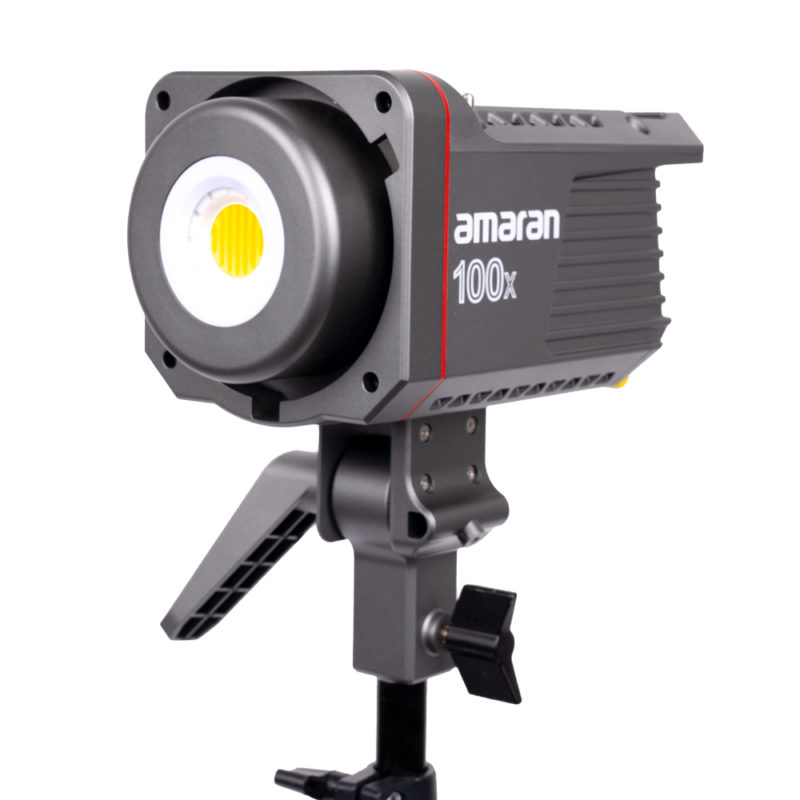 The ‘D’ versions are daylight balanced and the ‘X’ variants have 2700â€“6500K bi-colour temperature control. All the models have built-in Bluetooth remote control, compatible with the Sidus Link system, that lets you adjust settings via a smartphone app. As the name suggests, 100d/100x are 100 watts and 200d/200x are 200 watts.

Compared to more premium units, the 100d/x and 200d/x do not have DMX support, and they are true monolights, with all the ballast built into the head. They draw power from a 48-volt XLR connector, which can run from Aputure’s battery power station accessory, or from a mains adapter.

The light stand is a standard tilt bracket rather than a yoke, as found on the C120D II.

With these beginner-friendly lights, Aputure is following the path of Nanlite, who recently unveiled the FS-series, a cheaper version of their Forza brand LEDs. These latest units do not even have prominent ‘Aputure’ logos on them, to further segregate the high and low end offerings.

Pricing is set as follows: