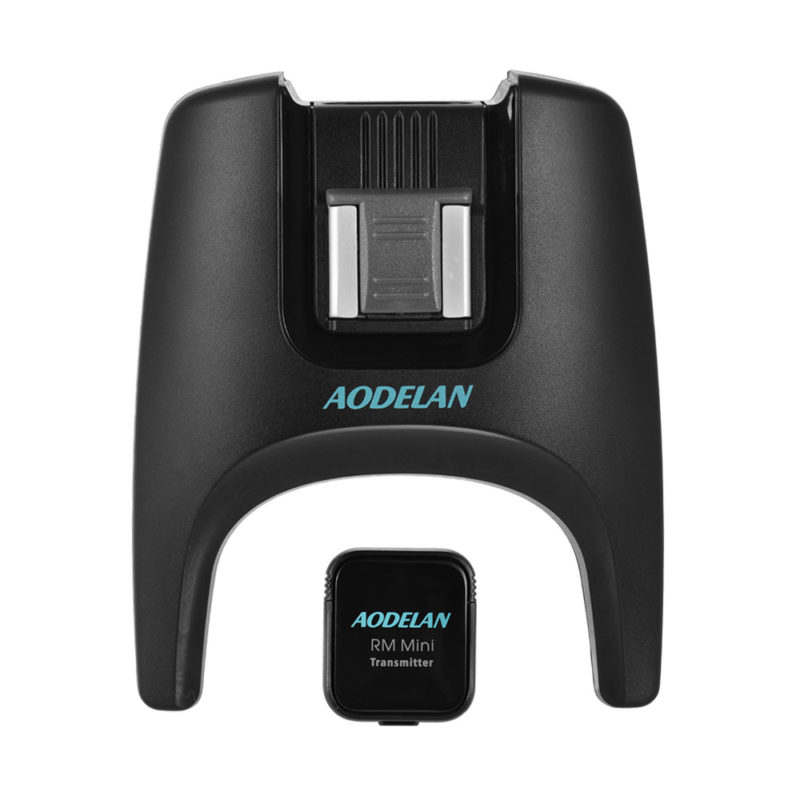 I really like the FlashQ flash triggers from Lightpix Labs. They are small, stylish and simple to use, but not without one or two niggles.

The main problems with the FlashQ triggers are a non-standard sync port, a not-so-sturdy tripod socket and no way of triggering the same receiver from two different transmitters. The latter is especially disruptive if you should ever want to shoot with more than one camera, work with a second shooter or (as I have found) try to teach a photography workshop with more than one person shooting at a time.

The new Aodelan RM Mini basically offers everything that I liked about the FlashQ, but with many of these problems solved. Online seller TomTop kindly sent me a set to review.

Aodelan’s RM Mini offers a more common miniphone (3.5mm) sync port, AAA batteries in the receiver, and the abilityâ€”at least on paperâ€”to synchronise two transmitters to the same channel. I can only take the manufacturer’s word for this last feature, however: I was only sent a kit with on transmitter and one receiver in it. That also seems to be the only configuration you can buy: I haven’t seen separate transmitters or receivers, or multi-receiver kits, available anywhere. 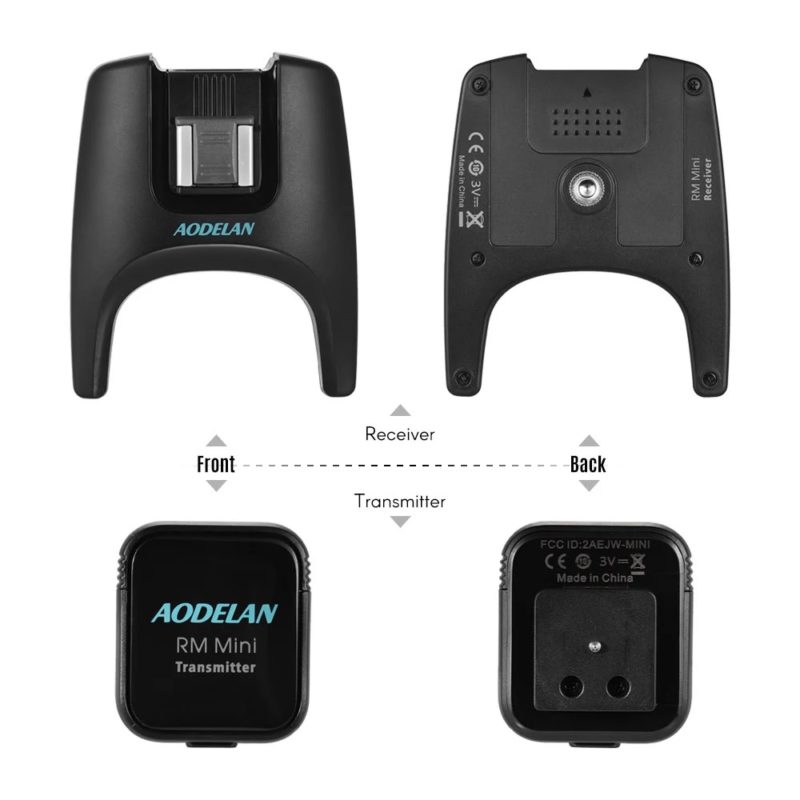 The transmitter is tiny; no larger than your camera hotshoe, so you can leave it mounted all the time. The receiver on the other hand is designed like a table-top flash stand, which is useful even if you don’t put any batteries in it. It takes standard AAAs â€” perfect as generally the receivers need their batteries changing more frequently than the transmitter, and you can find disposable AAAs anywhere or use rechargeables.

Performance is fine. They work. I can’t really comment on synchronisation performance with multiple receivers because I only had one to play with. And there are no fancy features to speak of. Range was only about 50 metres for me, not the 80 metres claimed, though the test bed (my street) has hundreds of WiFi and mobile devices along it, so hardly free of interference.

The receiver has a wide footprint so it will support any conventional shoe-mount flash on the floor or a table, and you can mount it on a stand with the integrated tripod thread. The battery compartment has a reassuring secure feeling to it and the on/off switch makes it very clear which setting you are in. The design means you can’t easily change out the batteries while the receiver is on a stand, but that’s not such a big deal. If you want really easy access, or to use a studio light, then plug in using the included 3.5mm/6.35mm sync cable. The transmitter is all plastic but so small and light that I don’t worry about dropping it. It’s just slightly too big for my GX7 and GX8 viewfinder to articulate, but then that’s more a problem with my camera than a fault of the triggers.

At half the price of the FlashQ, the Aodelan RM Mini represents a good budget option for a super portable flash trigger, especially if any of the minor issues of the FlashQ are deal-breakers for you. You don’t get access to the Q20 flash or a wider ecosystem, but if you just want something to fire your existing flashes then it’ll do the job. The only main complaint would be it doesn’t seem to be possible to get individual receivers or multi-receiver kits yet, so I haven’t been able to do a fully comprehensive test.

The Aodelan RM Mini is available now from TomTop for $23 for a transmitterâ€“receiver kit.