A few weeks ago I received a brand new video light to play with from Aputure. This sturdy little lighting unit arrived on my doorstep and I couldn’t wait to get into the box and see what features they had in store for a freelance videographer like myself.

So, a brand new Amaran AL-528C straight out of the box and already I’m impressed by this model. Not only because of its fantastic weight, weighing in at a humble 540g, but its wonderful little carry case. The case itself seems to be of a good quality build and with the choice of either a hand strap or clips for an over shoulder strap it appears to be easy to carry around. The portability of the light and its handy light stand adapter which doubles up as a handle is perfect if, like myself, you are going to conduct lots of interviews at very impromptu times where setting up a lighting rig is not an option. 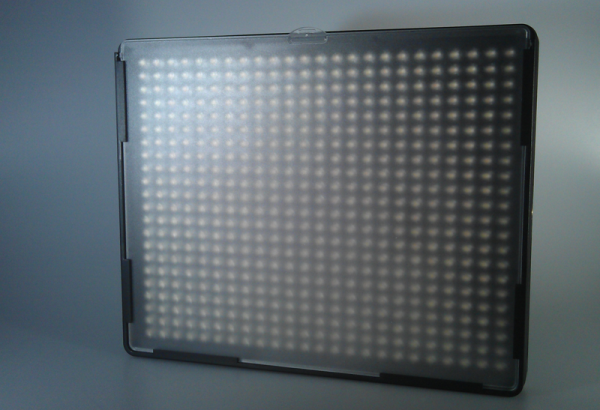 Upon opening the bag inside are:

Not a lot, but if you’re on the move and you’re wanting to travel light this is all you really need.

After playing around with the unit for a while and reading up on what it’s capable of I’m actually impressed by the functions that come with this model. One of the biggest features I was most impressed with was the unit’s powering capabilities. The 528C requires two lithium batteries to power up, such as the Sony NP-F or FM/QM series, however a nifty feature that’s been added in is the way that if you have the unit connected to a wall socket while the batteries are connected, the unit will charge the batteries for you at the same time. The only downside I found to this power set up was that you do in fact require two batteries to power the unit. So if something happens to one of your batteries and you don’t have a spare or your power cable at hand you might be in a bit of trouble. 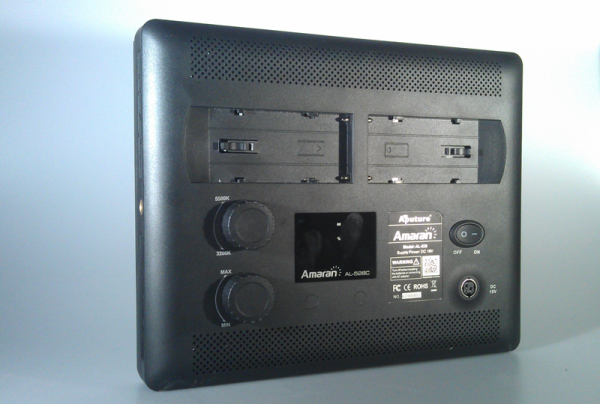 The dimmer switch controls on the back are very simple and easy to use with a fantastic large display showing your Kelvin level and Brightness % which is very handy if you need to check at a glance what your levels are whilst filming. One issue that did stick out however, was the high pitched ‘squealing’ sound the unit emitted while altering the brightness control. If you’re recording at a bustling event this might not be your biggest worry but if you are filming in a quiet location the noise may become tiresome.

Due to the sharing of space by the two different LEDs for your different colour temperatures, your Lux is significantly reduced. Compared to other models in the AL-528 series such as the ‘W’ and ‘S’ which have a maximum Lux of 1200 and 5000 respectively the ‘C’ has a limit of only 620. So if you are wanting to really brighten up the target in front of your lens you may want to invest in a few more of these units or perhaps have a couple of smaller lights to hand. As I would mostly be using this light for close up on the spot interviews and smaller scale events this unit offers the right amount of coverage I require for such shoots. A definite perk of the unit is that due to the ability of changing almost seamlessly from cold to warm lighting you don’t need to have the hassle of carrying around and changing to an orange gel diffuser as the LEDs do this for you.

This light is a perfect piece of kit for anyone who will be on the move a lot or simply cannot travel with too much equipment at any one time. The sleek carry case is of a good quality build and holds everything you need in snug compartments with ease. The simplicity of the unit is one of its greatest strengths. The light stand adapter accessory is a nice touch to be added into the bundle, giving you not only a way of connecting the unit to your stand but also allowing you to go portable with the light as you now have a handle to grip. As an entry level light for those who are starting out this is a very good light. It’s light, it’s mobile, and it’s better suited for those who are perhaps going to be doing more interviews than large set location filming. However it does give adequate coverage, even when compared to its two big brothers in the series.

Available now, the Amaran AL-528C is Â£150 from UKphotodistro or US$270 on eBay and Amazon

Andy Cameron is a freelance film-maker from Edinburgh.Â His work has taken him across the world and been exhibited from the Guggenheim to the Tate Modern. Visit 47film.com