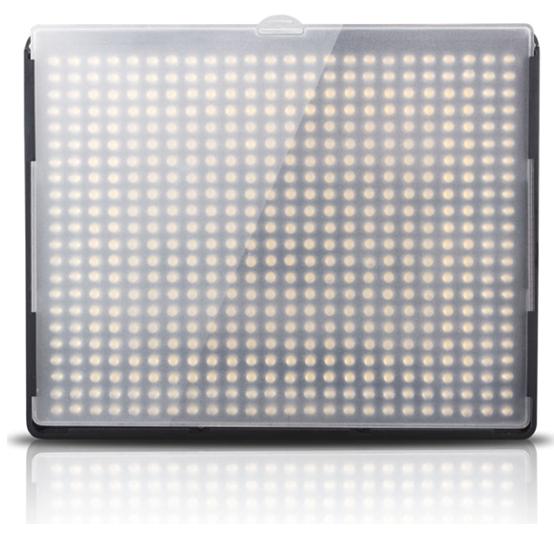 Measuring 23.8 cm across and 19 cm tall, the new array has 528 diodes with a colour rendering index (CRI) of 88, said to be “much better than common LEDs” and “approximating a natural light source”. The brightness is rated 3,000 lux at one metre, and you can mount multiple units side-by-side for extra power.

According to the company, videographers using the AL-528 can expect to get “the same professional lighting seen on TV and Hollywood” â€” ambitious claims indeed, which Lighting Rumours will put to the test in an upcoming review. The intensity can be dimmed from 100% to 10% using a control dial on the back, with the percentage displayed on an adjacent LCD.

The AL-528 is the first Amaran LED to have dual power options â€” as well as running from a pair of lithium camcorder batteries, the device can be plugged into the mains. When it is running on batteries (Sony F/FM/QM-type) there is a four-level indicator to show how much juice they have left. 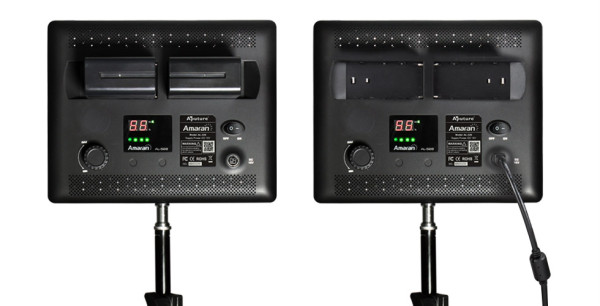 Now, this is not a bi-colour lamp like the smaller 198C, but a quick glance at the back panel (above) shows they have obviously held back a control wheel from this model so that they can introduce another ‘AL-528C’ model later on with a dial for colour temperature, displayed in hundreds of Kelvin on the LCD. In the meantime, to match tungsten lighting the AL-528 comes with an orange warming filter (3200K).

The whole kit comes in a rather nice-looking carry case to keep the filters, cables etc. all together during storage and transit. Fortunately the LED panel does not take up too much space, since it features a “slim design (like an iPad)”. For those who have not moved over to this unit of measurement yet, the Amaran AL-528 is actually 32mm thick. And probably a little bit brighter than an iPad. 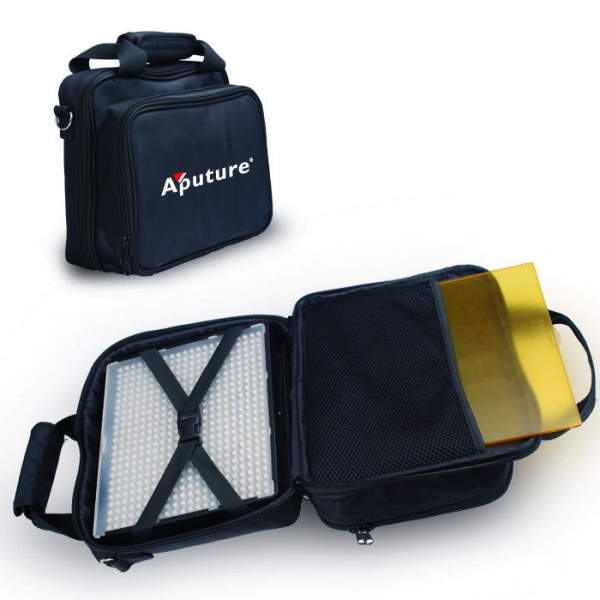 One Canadian seller already lists the Aputure Amaran AL-528 for US$190 (Â£125; â‚¬150) on eBay. It is also sold by UKphotodistro for Â£169.99 (including VAT and delivery). For further information visit the Aputure web site.