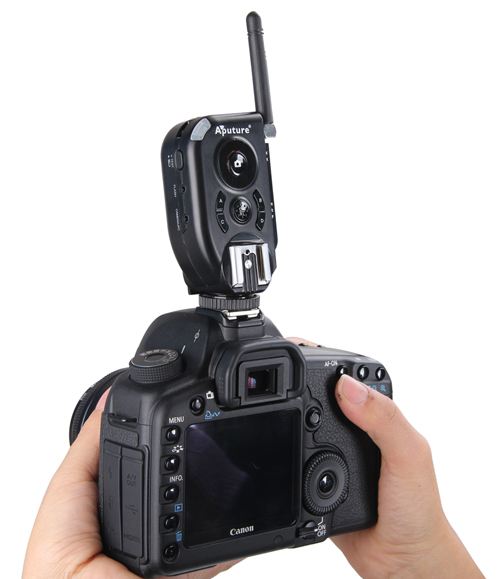 A new wireless flash trigger has been announced by Aputure, the Shenzhen-based photographic accessory maker. The Trigmaster Plus II is the latest product from the company’s Trigmaster 2.4G radio triggering system, which we have reviewed extensively in the past.

The Trigmaster Plus II is a remote controller that can trigger a DSLR shutter or off-camera flashgun from as far as 500 metres away. Being the third ‘Interlink’-enabled Aputure trigger (after the Trigmaster Plus 433MHz and Trigmaster Plus 2.4G), every Plus II unit can transmit and receive radio signals, even performing both functions simultaneously for certain applications. What’s more, the Plus II can act as a relay, effectively increasing the operating range to 1,000 metres â€” should you ever come up with a need for it.

You mount the transceiver in your camera hotshoe and it sits upright, much like a similarly-named PocketWizard device. The foot is now made out of metal and has a locking wheel to secure it to your camera â€” both welcome additions since we criticised past models for lacking such features. There is also wireless flash grouping, or “Zones” as Aputure calls it, letting you selectively fire different flashes and cameras on the same channel (for example allowing you to set up multiple lighting setups in the same location and switch between them).

For flash photography, the Trigmaster Plus II supposedly has 1/3-stop of extra sync speed, with a maximum of 1/320 second, depending on your camera. If your flashes are quite ancient, there is no need to worry about them frying the circuitry of your triggers because the Plus II can handle up to 300 Volts.

Helpfully, you can now use the same batteries in your speedlights as in your triggers, as the Plus II series now takes AA batteries. And if you need to know how much juice is left, there is a six-level battery indicator (something I don’t think I have seen on any other trigger). 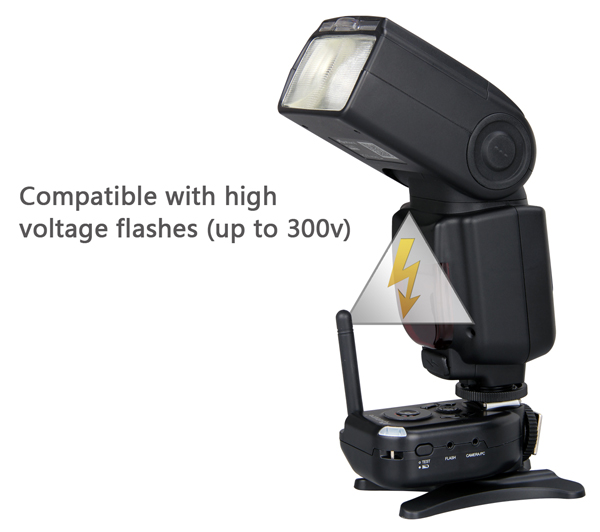 Oddly, one feature has been removed while all these others have been added: the Plus II cannot wake up system flashes from sleep mode on a half-press of the shutter button any more. The reasoning behind this is presumably to cut down the number of different models Aputure needs to make. There are just two: a standard hotshoe for most systems and an iISO model for older Sony cameras.

The Aputure Trigmaster Plus II 2.4G is priced at $59 per transceiver and $86 for a double transceiver kit, already available on eBay. You can buy it from UKphotodistro for Â£54.99 each. Does it appeal to you? Can it match the PocketWizard Plus II in more than name alone? Let us know what you think in the comments below.

Full specifications are on the manufacturer’s product page.