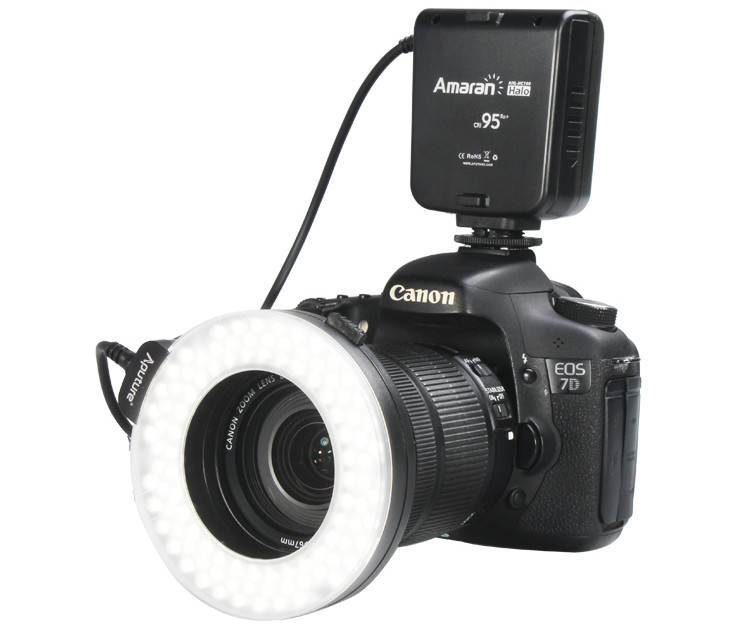 Aputure has announced what it calls “the first CRI 95+ ring flash in the world”. The Amaran Halo H100 (AHL-H100) is an improved version of their original Halo LED ring flash, with a greatly improved colour rendering, making it a better photo/video light for “critical applications”. 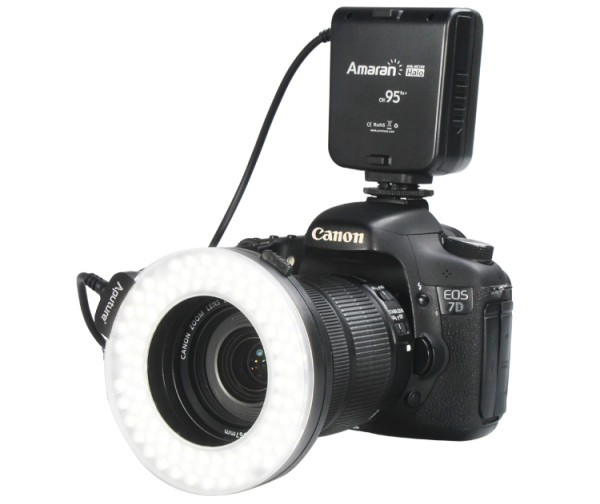 The Halo H100 is an LED ring light that works as either a continuous light or a flash, and can be mounted on a camera lens or clipped to its own battery pack to work like a standalone flash unit. Compared to the original Halo, the H100 has more LEDs (100 vs. 60), twice the specified brightness and a higher colour rendering index (>95 vs. <85), which means it reproduces a higher proportion of colours in the visible spectrum. According to the manufacturer, it is the “first ring flash that uses such high CRI”.

In flash mode, the light output is twice that of continuous mode, with a colour temperature of 5500K. Like a normal flashgun it runs on four AA batteries and has a universal hotshoe mount. Manual power control (sorry, no TTL!) allows continuous dimming and the option to switch off the right or left half of the LEDs in the ring. 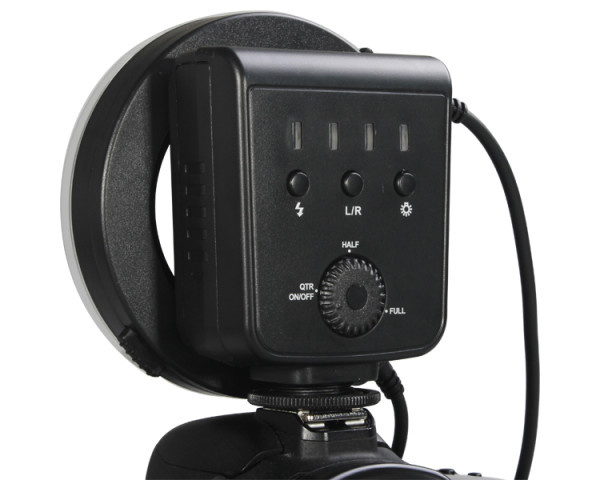 Aputure says the newly improved Halo H100 will be priced similarly to the old version, which went for around $40â€“50. Not bad for something that’s a world first â€” assuming what they are saying is true!

You can already find a few listings of the new modelÂ on eBayÂ and Amazon.com.Â Visit the company web site for more information.