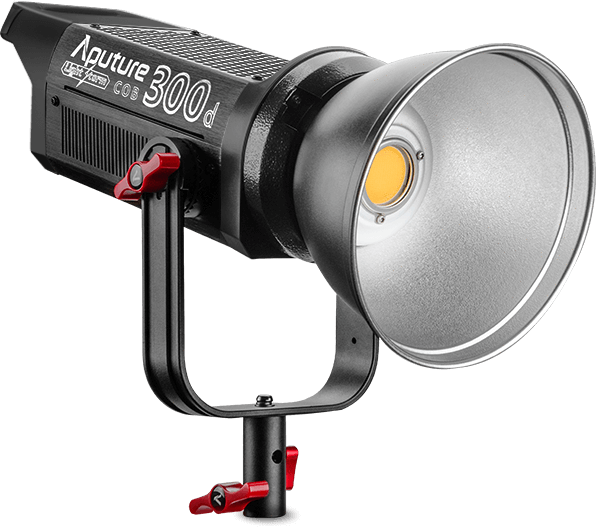 Aputure has introduced the Light Storm C300D, its brightest LED yet. Drawing 300 watts, the C300D has a pseudo-monolight style form factor and accepts Bowens S-type accessories such as softboxes and beauty dishes.

It is daylight-balanced, emitting light with a colour temperature of 5500K, and is a more powerful version of the Light Storm C120D, the company’s first Bowens-mount LED light (after the C120T, which is tungsten-balanced). According to the manufacturer, the output is comparable to a 2000-watt tungsten lampâ€”though being daylight-balanced, the 300D might more aptly be considered as an HMI replacement by filmmakers.

For stills photographers, the C300D is interesting because it can take many of the same light modifiers as studio flashes, but doesn’t require radio triggers and acts as its own modelling light.

Aputure, a Chinese company, has pivoted from making photo accessories into making products for filmmakers, by improving its Amaran line of LED panels and introducing the Light Storm series of studio LEDs, as well as now manufacturing microphones and field monitors.

The other Aputure Light Storm series “chip-on-board” (COB) LEDs include: 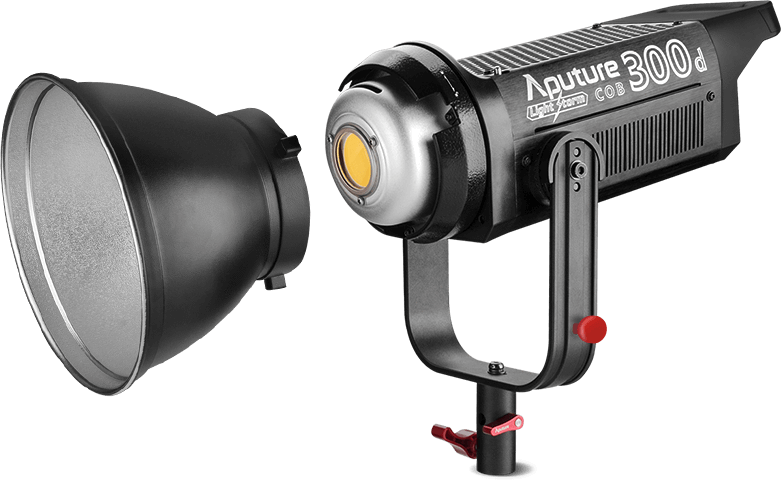 Specified colour rendering index (CRI) is >95, with a television lighting consistency index (TLCI) of >96. With a standard S-fit reflector, the output is 48,000 lux at 0.5 metres, or higher if using a fresnel attachment instead. A 2.4 GHz remote control lets you adjust the settings from up to 100 metres away. No tungsten-balanced C300T has been announced, so you’ll have to use gels for the time being.

It is not a true monolight because the head is separated from a control box, which you can hang from the light stand and to which you can attach two V-mount batteries, or attach controller box B, which acts as an AC adapter.

At 300 watts, not many companies I can think of make a monolight-style LED that draws so much power. There are a good number of 200-watt LEDs with S-type accessory mounts, including the Jinbei EF-200, Godox SL-200W, Nicefoto LED-2000B and Fotodiox LED-200WA.

Then you have plenty of 300W fresnel lights to choose from, but these aren’t really a fair comparison because the Aputure 300D can take softboxes, snoots, beauty dishes or any other accessory with a standard S-type mount. One possible competitor is the Nanguang CN-400F, which draws 400 watts and supports softboxes via an adapter, but it is twice the price.

Pre-order the Aputure Light Storm C300D now for $1099.95 at Amazon, Adorama or B&H Photo. The light should ship by the end of November. For more information, visit the Aputure LS C300D product page.