In case you didn’t have enough choice already, another Chinese company will soon make theirÂ dÃ©butÂ in third-party speedlights. Aputure, a Shenzhen manufacturer who are known for their wireless triggers, LEDs and live view remotes, have announced the Magnum 68 flash gun.

The MG68 is an all-manual speedlight that will be competing with the likes of the Oloong SP-660, Yongnuo YN-560 and LumoPro LP160. Though lacking TTL, the company have hinted at a “series of upcoming speedlites” likely to include automatic functions. 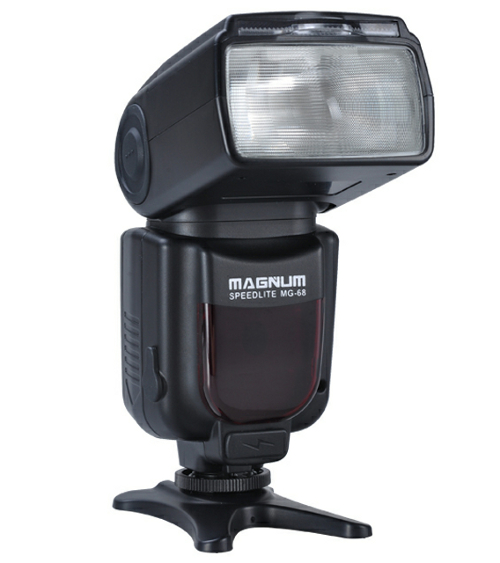 The Magnum has a metric guide number of 48, adjustable down to 1/128 power in full stops to give eight different output levels in total. It will recycle from a full power flash in four seconds, which is halved to two when used with an external high voltage battery pack.

Setting up this flash looks very straightforward since there are no complicated menus. Everything is displayed with LEDs on the back panel. The power and zoom functions share the same row of LEDs so unfortunately it’s not possible to gauge the settings of both at the same time. 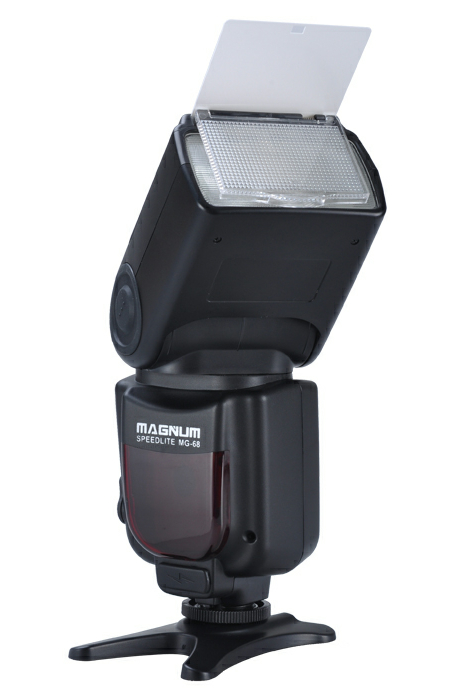 The tilting, swivelling flash head can zoom electronically from 24 to 105mm. You’ll also find a retractable bounce card and wide-angle diffuser panel tucked in just above the fresnel. To synchronise the MG68 with your camera there are two optical slave modes, a metal hotshoe foot and a PC port. 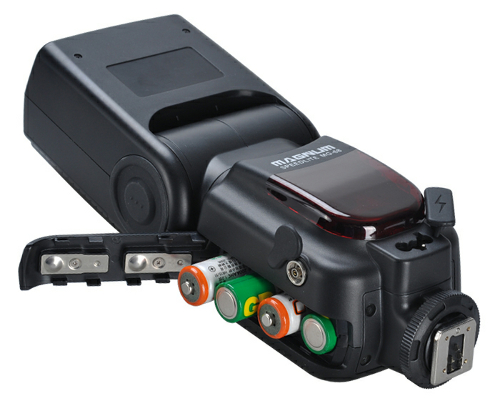 Overall, Aputure’s first flash looks startlingly similar to the MeiKe MK-930 released last year. On the other hand, the comparison may only be cosmetic. There are also notable improvements over the MeiKe model, such as a metal foot and clearer control panel labels. We look forward with interest to see how the Magnum 68 fares and what the rest of Aputure’s speedlight line-up will have to offer.