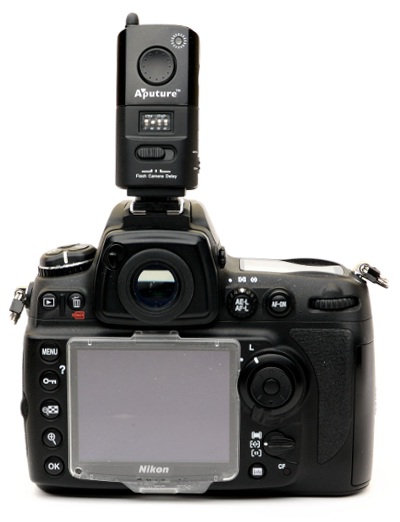 Aputure’s latest trigger, the Trigmaster 2.4G, replaces the original Trigmaster Versatile Trigger which we reviewed last year. Back then, we found the first Trigmaster a bit short on features and slow in speed compared to the competition. Since then, Aputure has switched the frequency from 433 MHz to 2.4GHz and added several other improvements. Is the new Aputure Trigmaster 2.4G a better contender?

The controls on the Trigmaster 2.4G are identical to the old one. The instruction manual is exactly the same. 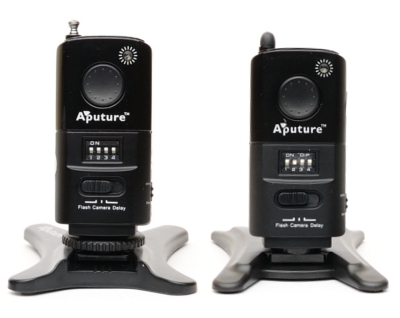 On the transmitter you’ll find a power switch, 2.5mm sync port, channel Dip switches and two-stage test button. You can set flash triggering, remote shutter release or self-timer modes with a slider on the front. The plastic hotshoe foot no longer has a screw lock, which is a bit unusual, but the transmitter is snug and secure in the shoes of a Nikon D40 and D700 without one. The main difference you’ll notice from the 433MHz Trigmaster is that the aerial is no longer telescopic, so you needn’t worry any more about breaking it or losing an eye. The foot now has a little tab on it that stops you inserting it into your hotshoe the wrong way round. 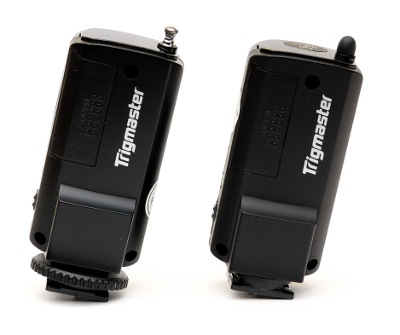 The receiver is unchanged. Here there are two 2.5mm ports – one for flash sync and the other for remote shutter release cables. Again, channel Dip switches and a power/mode switch. The hotshoe has a hole for flash locking pins and can now wake up sleeping flashes mounted on it.

Like most modern flash remotes, the Trigmasters have a hotshoe for mounting and synchronising with your speedlights. In addition, there is a 2.5mm sync socket on the receiver. Cables are included so that you can link up the receiver to your flash’s 6.35mm, 3.5mm or PC sync ports.

The Trigmaster 2.4G cannot wake up a Nikon SB-600 from sleep mode on a shutter half-press. This is related to a voltage issue specific to the Nikon SB-600, and affects all other triggers with a wake up function. You need to fire a test shot to wake the SB-600, or switch Auto Standby mode off. 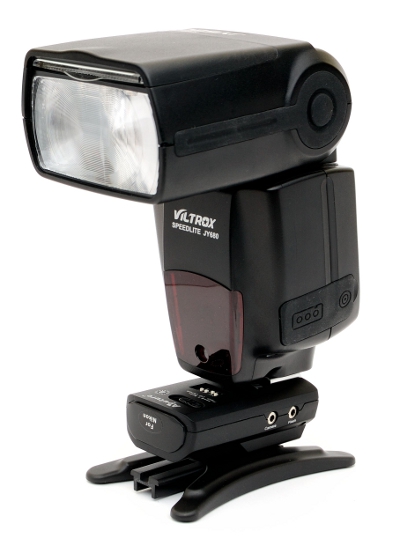 There is, unfortunately, no test button on the receiver, but you can usually get the job done by switching it off and on again which should trip the flash.

The self-timer function is devilishly simple to use. Simply switch the transmitter to “delay” mode and connect the receiver to your remote camera with the included lead. Autofocus with a half-press of the transmitter test button and start the timer with a full press. You can use this feature for various creative ends, including self-portraits and family photos.

The battery door is a little fiddly to close, but once it’s closed it stays put. The AAA batteries fit tightly and don’t jiggle around. 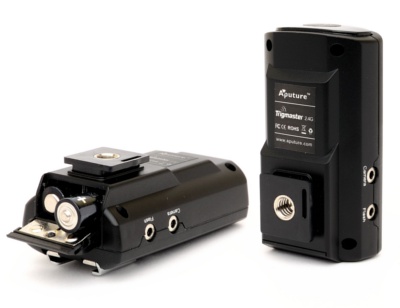 The old Trigmaster could only synchronise up to 1/200 second on a Nikon D700 before black bars appeared in photographs. The new version can sync cleanly all the way up to 1/250, just like the Trigmaster Plus.

On a Nikon D40 and other cameras with electronic shutters, the new Trigmaster will synchronise up to 1/1000 second – two thirds of a stop faster than the 433MHz model. The flash still appears at 1/1250 second but not every pixel will be equally exposed, leaving a bizarre chequered effect across the image. At 1/1600 the flash does not synchronise, leaving pictures dark.

In the course of our testing we didn’t have any misfires except when flashes hadn’t recycled fully.

Aputure claims that the new Trigmaster has an operating range of up to 120 metres – an increase of 20%. In testing, the Trigmasters worked at all practical distances, even with Wi-Fi routers and other 2.4GHz devices operating nearby.

The old Trigmaster, which used a different frequency band, cannot trigger or be triggered by the new 2.4GHz one.

On the other hand, the Trigmaster 2.4G is cross-compatible with the more advanced Trigmaster Plus 2.4G transceiver trigger, which we have also reviewed here. This means that as a Trigmaster Plus user, you can supplement your kit with Trigmaster transmitters and receivers. 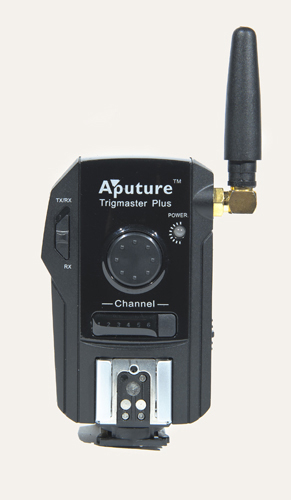 Why would you want to do this? The most obvious reason is that Trigmaster units are much cheaper. A Trigmaster kit costs just $40 and individual receivers are just $15, whereas a single Trigmaster Plus transceiver is priced over $50. In addition, when using speedlight softboxes such as the Aurora Firefly, I find the Trigmaster receivers easier to mount than Trigmaster Pluses.

If you need specific features such as TTL pass-through or wireless flash grouping then you’re better off with another system such as the Phottix Strato II Multi or Pixel Rook. If you don’t, then I’d recommend getting a Trigmaster Plus to put on your camera and several Trigmaster receivers for your flashes. Maybe acquire a second Trigmaster Plus, or a Trigmaster 2.4G kit, so you have a backup transmitter. Expanding your flash triggering system will cost you a mere US$15 for each new receiver.

On a final note, what does the Aputure Trigmaster 2.4G system offer that PocketWizard Plus IIs don’t?

The Aputure Trigmaster 2.4G and Trigmaster Plus 2.4G are available now.

Although the old 433MHz devices have been discontinued, some places still sell them, so check the specifications carefully before buying.