The monolight will have a “long battery life… ideal for outdoor shooting” as well as an AC power option. The removable battery fits into the base of the head and it looks like the mains adapter will go in the same slot, similar to the approach that the Jinbei HD-610, Godox Witstro AD600 Pro and others take to supporting both AC and DC power.

We don’t know yet which cameras will support TTL and HSS, as the Dante 400 is the first flash from Aurora Lite Bank to offer these features. To see what other options are available for your system, check out our TTL studio flash compatibility guide. 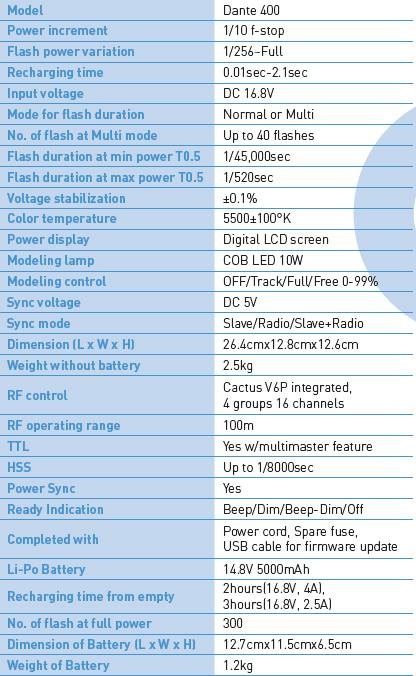 Most interestingly, the Dante 400 will have a Cactus V6 radio receiver built in, which immediately gives it TTL and high-speed synchronisation up to 1/8000 second with Canon, Nikon, Sony, Micro Four Thirds, Fujifilm, Pentax and Sigma — the widest range of compatibility for any TTL off-camera flash, and effectively a spiritual successor to the aborted Cactus RQ250 Wireless Monolight. Compare that to other systems in our handy table. 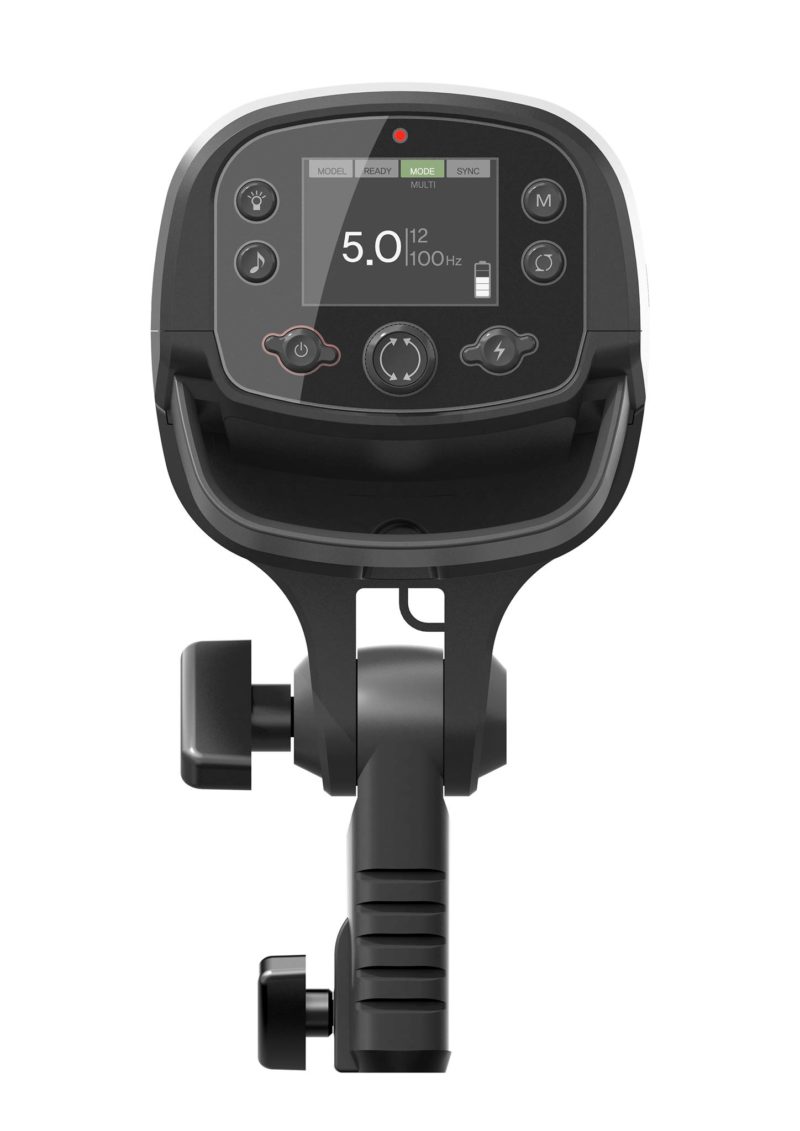 Pricing and a release date for the Aurora Dante 400 have yet to be revealed. For more information, check the Aurora Lite Bank web site or the company’s Facebook page.