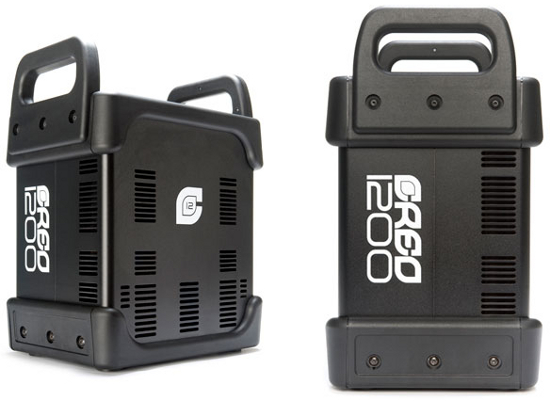 British company Bowens have updated their line of professional studio flash power packs. There are two new generators: the Creo 1200 and 2400 with new Creo flash heads. Each pack can run two heads at once withÂ asymmetric power settings.

Contrasting with the recently-announcedÂ Priolite M-PackÂ andÂ Broncolor Move,Â there is no battery inside the Creo but it is multi-voltage capable, allowing you to use it on mains power worldwide. For triggering, you can use the optical slave, insert a Pulsar radio card or plug into the pack’s two sync ports. Bowens still do not offer a system to adjust power levels via radio, but you can get an infrared remote controller.

The recycle times for the Creo 1200 and 2400 at full power are 0.5 and 0.9 seconds respectively. The quickest specified flash duration is 1/5000 second and colour temperature varies by not more thanÂ Â±80 Kelvin over the packs’ nine-stop power range (ten stops on the Creo 2400). 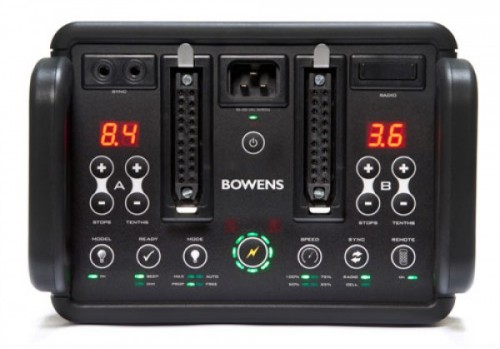 There are new flash heads available too. Backwards-compatible with Quad-series packs, the Creo heads are smaller and lighter (3.6kg) than previous versions while “built to the same robust levels as the generator”. Conversely, the Creo packs will also work with Quad-series heads. 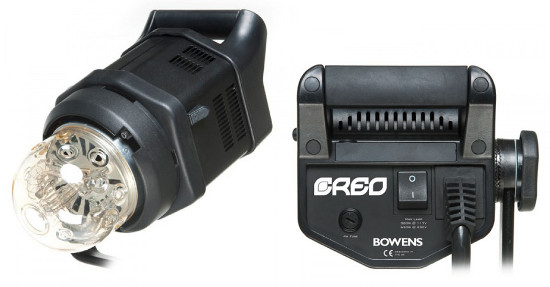 The manufacturer claims that the new Creo series comes with “specifications that, until now, could only be found on the most expensive generators…Â Previous price points meant ownership was out of reach for many photographers but the new Creo with its legendary Bowens build-quality and outstanding overall performance, offers superb value without compromise.”

With prices starting at Â£3,500 including VAT for a 1200Ws Creo (and Â£4,400 for the 2400Ws one), Bowens have some stiff competition. Rival generators announced this year include Broncolor’s newÂ Scoro E 1600Â â€”Â whichÂ will set you back Â£4,200 â€” and the more powerful but slightly cheaperÂ Multiblitz XPac 2400Â (â‚¬4,000; Â£3,200). Both have built-in radio receivers with full wireless control, but each system has a different interface, accessory range and performance so there are many variables to consider before buying.

On the question of a replacement for their Quad X 3000 pack, Bowens said there are “no immediate plans for a 3000Ws CREO, but we are not ruling it out”. Watch the following video from Bowens at Photokina to see a demonstration of the Creos’ key features.

To order directly or find your nearest dealer, visitÂ bowensdirect.com.