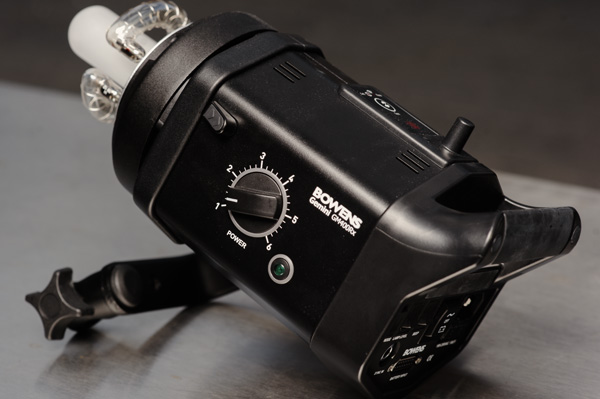 The Gemini 400Rx is the latest compact flash offering from Bowens. If you are at all familiar with Bowens products then you will have no problem migrating across. Even if not, you will still have little to no problem with getting to grips with the lights thanks to their shallow learning curve.

Visually, the Rx is slightly smaller than the standard Gemini 400, with the test button now integrated with the power LED to simplify things visually. On the back, there areÂ three rocker switches: one to change the modelling light mode, one to change the modelling light control and one for setting whether the device beeps when its ready to beÂ triggered again. The 400Rx also has the standard Bowens battery port, so is able to be used with the company’s Travelpak for use away from the mains.

Now, one thing that you might notice is that there is a panel attached atop the device, and this is what makes the Gemini Rx series different from standard Geminis. Built into the 400Rx is aÂ receiverÂ compatible with Bowens Pulsar radio triggering system. On the test model we had the channel couldn’t be changed, but this system allows for 24 channels, accessed by using the two buttons on the transmitter. 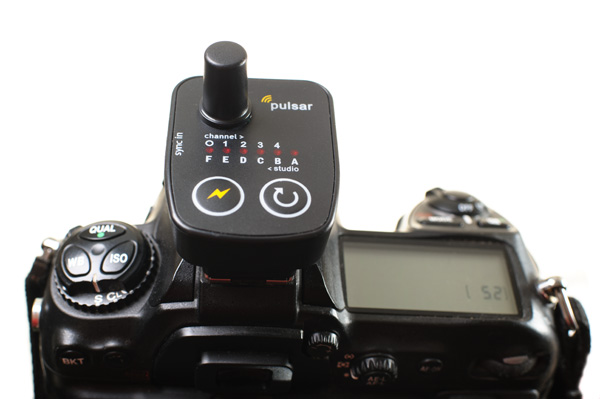 The trigger is lightweight and the small solid antenna means that even if you are clumsy there is little chance of damage. With theÂ receiverÂ being built in, you don’t have toÂ have things attached or dangling from the monolight, but there still is a sync port in case you don’t have the ability to use your Pulsar trigger. There were no problemsÂ syncing to 1/250 second with the Nikon D700 whilst testing. One thing however that is missing from the 400RX is an optical slave cell, now that there is a radio trigger built in.

For slightly more than the original Gemini models, you do get the integrated trigger system and the GM400Rx’s guide number is slightly higher (GN80) than that of the previous GM400 (GN76). WonderfullyÂ suited for those just starting in studio lighting, but can equally easily fit into the lifestyles of those more established photographers.

The Bowens Gemini 400Rx retails for around Â£320 on its own, while twin head kits â€” including flashes, stands, umbrellas, a Pulsar Tx trigger and a wheelie case â€” start at Â£720. For more information and a list of dealers, visit Bowens Direct.

David Monteith-Hodge is an Edinburgh-based photographer. Follow his work at photographise.com