Bowens have announced a smaller version of their Pulsar transmitter. The new Pulsar Tx has a compact, lightweight design so that “photographersÂ can shoot normally, without fear of their camera becoming unbalanced”.Â The Pulsar Tx locks into the camera hotshoe with a “click-lock system” without need for a tightening screw.

“The Tx is controlled by just two simple push buttons allowing full control over the 24 radio zones and the test flash function. And this trigger boasts a â€˜shooting rangeâ€™ of at least 25 metres, weighs in at just 34g and runs from a single, small CR2032 battery.”

The Bowens Pulsar Tx will be available for Â£79.99, or bundled with a Pulsar Rx card for Â£139.99 including VAT. A list of UK dealers can be found on the Bowens web site. 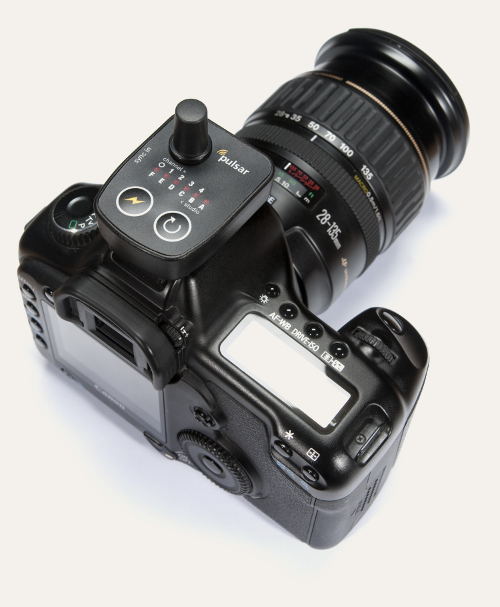