Bowens International and Calumet Photographic have been taken over by Aurelius, a European investment group based in Germany. As well as a new owner, lighting supplier Bowens is also getting a new general manager, Eugene Ciemnyjewski — originally from Germany — who replaces interm manager John Gobbi at the company’s base in Colchester, Essex. 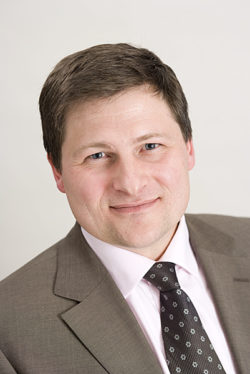 The change of ownership at Bowens comes as the company is expected to announce a new “Generation X” photographic lighting system. “This important acquisition by Aurelius comes at a key moment in the evolution of Bowens International,” said Mr Ciemnyjewski (pictured). “I am very excited at the prospect of leading what is a new-look and extremely talented team at this legacy company.” The upcoming new products should be “both ground breaking and competitively priced”, marketed for the brand’s “global customer base”, he added.

Delays in Generation X, which caused Bowens to pull out of the Photography Show earlier this year, have caused embarassment for Bowens, which faces intense competition in the photographic lighting market, especially from overseas manufacturers.

Bowens International’s new company director Andreas Schaefer said in a press release: “Aurelius is a prominent European investment group with offices in London, Munich, Stockholm and Madrid. This acquisition will provide us with long-term strategic direction alongside the financial support and stability that we need to fully exploit our market potential.”

Schaefer replaces Christiane Brock, who became a director in February 2016 but then resigned on 23 May. Intermin manager John Gobbi was a director from 12 February 2015 until 29 July 2016.

Aurelius also recently acquired another British company, Working Links, a company contracted by the UK government to find work for long-term unemployed people. At the time, Aurelius’s chief executive Dirk Markus said he does not expect the United Kingdom’s impending exit from the European Union (Brexit) to have a negative effect on the group.