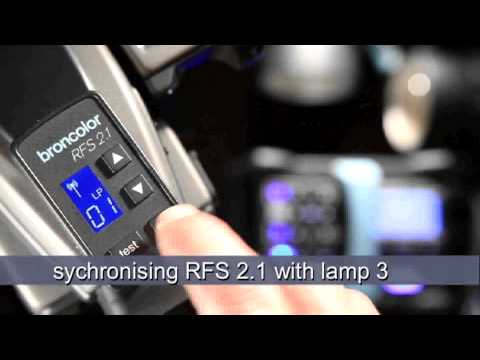 RFS 2 was unveiled at Photokina 2010 and provided photographers with the power to adjust their studio packs remotely from up to 200 metres away. The latest version, RFS 2.1, adds the ability to adjust individual heads, so now lamps connected to the same studio pack may be tweaked independently of one another. Previously, control was an all-or-nothing affair.

Existing customers won’t necessarily need to rush out and replace their transmitters — apparently Broncolor are offering the improvements as a firmware update or as an exchange programme to certain people. New units will be marked “RFS 2.1”. It is also reported that the new transmitters have better hotshoe mounts. Check with your local distributor for exact details.

The extra features are demonstrated in the following video.