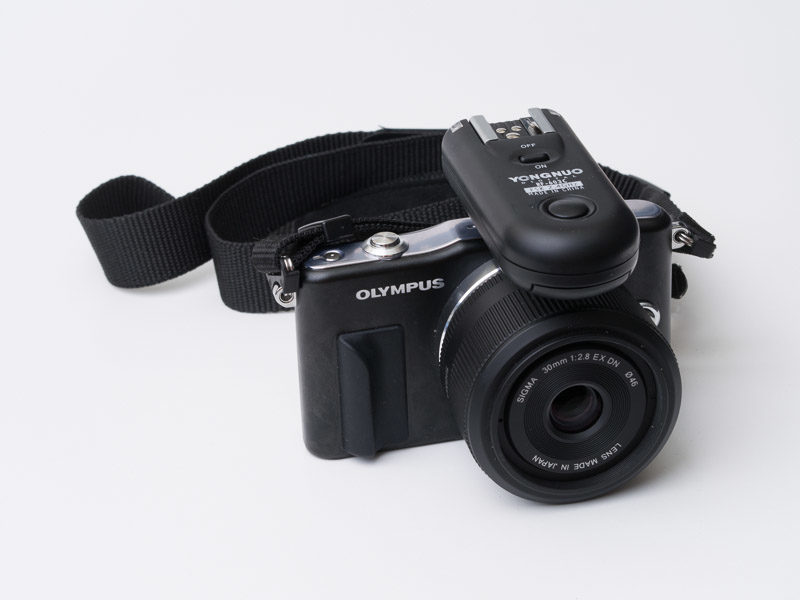 I have a bit of love-hate relationship with my Nikon D800. The quality of the pictures is amazing, the dynamic range manages to surprise me every time and the noise performance is stellar. However, from time to time it can be a cruel mistress. If you donâ€™t nail the focus,Â  your picture is unsharp and due to the full frame sensor’s small depth of field you are being punished hard. It is heavy, and if you want to bring a set of lenses on a day trip you feel like you are going backpacking. It is simply less enjoyable if you have to bring so much weight and in the end you wonâ€™t be bothered to take your camera with you.

Lately I have been thinking about picking up a serious compact or a mirrorless to take with me for small trips. I love to use flash, so a hot shoe was required. Few weeks ago we had a test of the Canon G15 and Fuji X20, and how they could fill in the void that I have. I never liked compacts though, donâ€™t know why, maybe it is the small sensor that makes things look to â€˜digitalâ€™ so to speak. Relatively expensive it was not appealing to me either. Instead of going compact, I wanted mirrorless, but it needed to be an experiment. What would be the lowest price.

First the body. For mirrorless you basically have six options, these are:

I never thought of the Pentax Q as a viable candidate since the sensor is so extremely small. The cheaper Nikon 1s have no hotshoe, so this wasnâ€™t an option either. Since my budget is limited a Fuji wasnâ€™t an option either. The choice was M43, Sony or Samsung. When browsing for deals I managed to find a new Olympus E-PM1 for only 55 euro, which might not be the newest camera around, but it met my requirements. 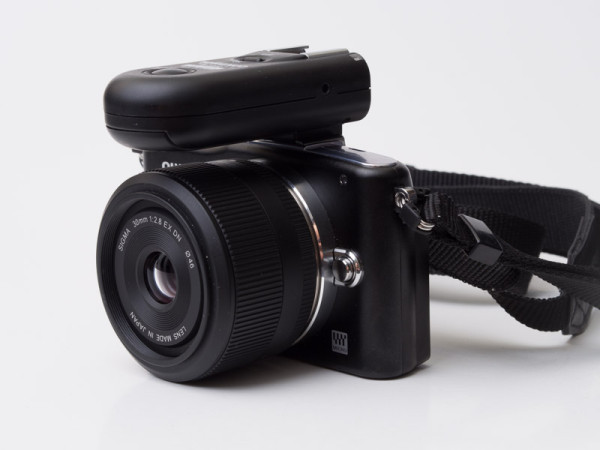 Now I had the body there was something missing in order to take pictures. I needed a lens. This was a bit more difficult, I just checked several stores to find the cheapest lens for a Micro Four Thirds camera that could be used for portraiture. I could have chosen a second-hand lens as well, but when I checked eBay for lenses they weren’t cheaper than what I just found. An old-generation Sigma 30 2.8. Since Sigma recently updated their M43 lenses with the new design I could get an old one for a steal; it was only 70 euros new. 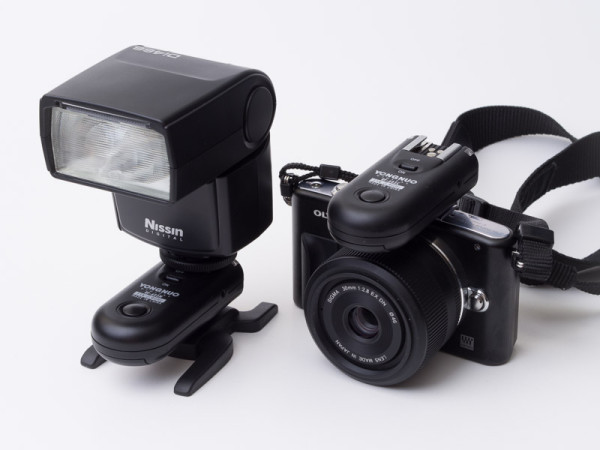 Triggers I could use from my Nikon D800, I modified a RF-603C that I had lying around to work on the E-PM1. Just a flash was remaining to complete the kit. I could have taken a Changyin CY-20 if I wanted something extremely cheap, but I wanted a bit more sophisticated; actually I wanted TTL as well for those occasions where you can bounce off the ceiling of the room. I settled for a Nissin Di466. At 88 euros it was the most expensive part of my kit, but I felt this component would outlast the rest if I wanted to continue with M43.

When I received everything and put together the kit, it surprised me how small and light it was. If you put it in your laptop bag, as I did, you wonâ€™t notice the extra weight at all. This would enable me to get some really nice portraits of friends, in those situations where you wouldn’t bring you real kit.

Although the camera is absolutely inferior to my D800 (well, duh) the images at base ISO felt fine and the RAW files had enough information for some nice edits. ISO 800 is okay, but I wouldn’t dare to go much higher than that. The lack of mode wheel and other control wheels is a bit annoying, but for this price you cannot expect too much. After using it for a bit, and memorizing the controls, it was actually quite ok to shoot with. The only thing that was annoying me so much was the poor LCD screen. Why would someone ever put a 16:9 screen on a camera that shoots in 4:3? I do not buy this camera to watch HD movies!

If you are used to DSLRs then the face recognition is really a joy to use. Donâ€™t worry on focus, but solely on composition. However I did notice that contrast-detect AF will miss focus when the object is too small or poorly lit. When your subject is backlit sometimes it even refuses to focus. Phase-detection focus is much better in this case. In order to have reliable autofocus you need a lot of light.

The 60mm equivalent lens was nothing special with a maximum aperture of 2.8, but it is very sharp even wide open. It was simple, but there is nothing wrong about that. To be honest I couldn’t care less about having a red ring around my lens as long as it makes the pictures I want.

As with the lens, the flash is also very simple. No display, but still quite packed on features. It has TTL mode for those quick shots, manual for shooting strobist-style and even an optical slave mode (with pre-flash-ignore as well). In manual mode, the stops can be adjusted only in full stops I thought, but this isn’t clear to me as there is no indication of power written on the flash. The flash has a zoom range of 12 to 53 mm, but unfortunately you cannot adjust this manually. If you tilt it upwards I would advise you to pull out the diffuser so you force it into wide-angle mode, covering most of the ceiling. The flash foot is made out of plastic, not metal, but rest is of the flash seems well built.

For the first this I shot some product shots of the Godox Witstro AD360 that I recently reviewed. The increased depth of field was quite useful, but I could imagine it would be less ideal with portraits. I used an 80 cm umbrella to diffuse the light that came from the Nissin Di466. While the product photography I did was nothing special, I was still happy with the results.

Product photography was not enough for me to be a real test, so I asked one of my friends to assist me in my experiment. I only had one hour to set everything up and shoot the required shots, so the pressure was on to do it within the time limit. Before I left I had to check my bag twice to see if I really did pack my camera since I was still used to it being that much heavier. In addition, I did add a little light stand with a swivel and a white translucent umbrella to my basic kit to diffuse the light.

I tried the autofocus under various lighting conditions. Poorly-lit in the dark hallway, backlit by the sun and finally a spot where there was a lot of light. Autofocus is great when you have light â€” when there isÂ less, or hard contrast it is less reliable. In that case it doesn’t always nail focus and due to the small screen you cannot see what you are exactly doing. Did I already mentioned that the screen on the E-PM1 is bad? It really is but I might be a bit spoiled. The compact camera I had before was a S95 and photos looked even better on that screen than on my computer.

The poor screen and the autofocus are the only things that I can really complain about though. The rest of the kit worked rather well. Some of the photos that I made during the shoot I absolutely love and cannot believe that I managed to pull it off with such a cheap camera. It was a challenge and something I was not so sure about in the begin. In the begin it even felt a bit silly to use the camera, but in the end it is the results that matter.

Okay, the kit that I made might not have the best camera available, but as Chase Jarvis said, the best camera is the one you have with you. Often I prefer to leave my D800 at home due to the size and weight, and due to this fact sometimes I miss some great photo opportunities. Â I can already hear my girlfriend saying that I donâ€™t always have to make photos, and while this is partly true, I prefer to just have a camera with me. In the end itâ€™s the results that count; they might have been more impressive with a proper DSLR, but you wouldn’t have made them.

I do have to admit that after using this E-PM1 for a while I picked up my D800 again for an assignment and after the first shot I remembered how amazing this camera is, my little experiment made me appreciate it even more. It might be a heavy burden, but I live happily with it.

In the end, it might be obvious to say but I will do it anyway. There is no cheap camera that can replace a professional one, otherwise everyone would buy the cheap one. Although, for the money you really get a lot of fun for a small amount of money. I am very happy with my purchases and they will be a welcome addition to my kit. If you want to experiment I can definitely recommend doing so.

Just to inform you, if you a bit gear obsessed (as in G.A.S.), be careful what you buy. You can buy a better mirrorless such as the Olympus PEN E-P5 with a nice set of primes for a lot more money, but remember that this is not your main camera. I am warning you. It is too late for me though, as I just bought a second-hand Panasonic 20mm 1.7 lensâ€¦