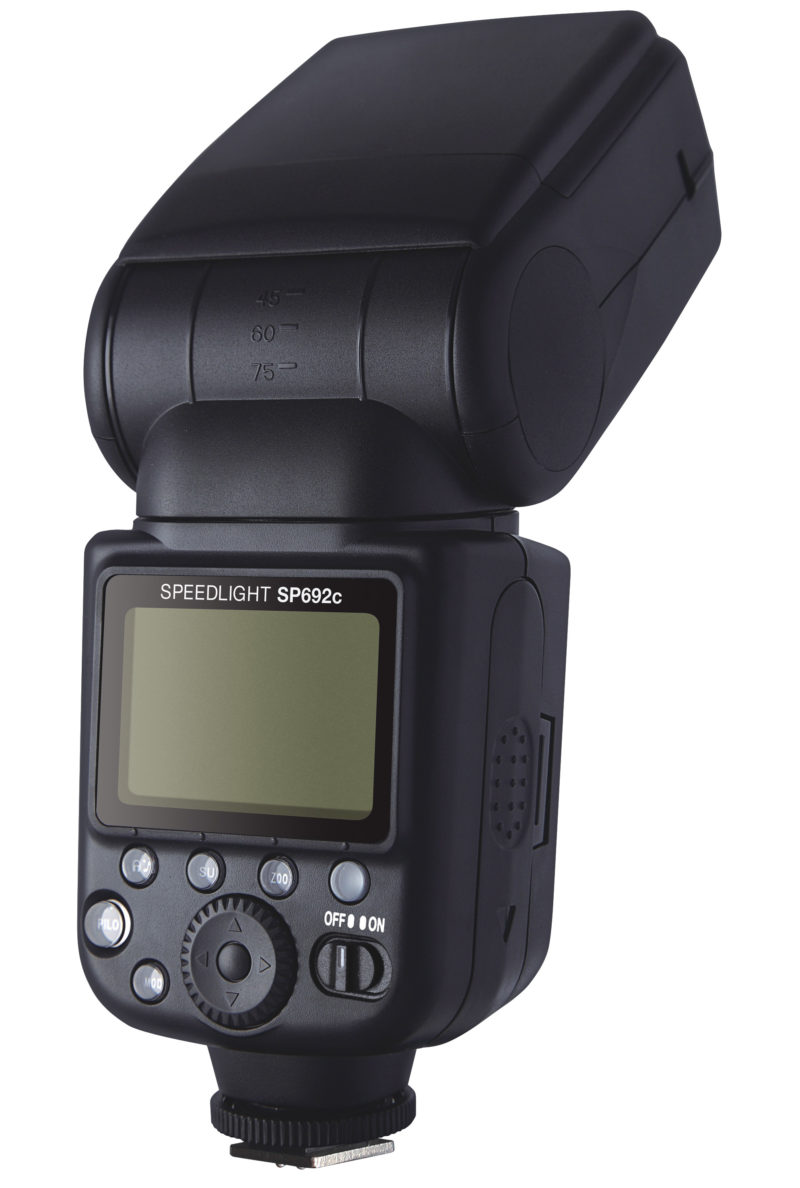 The company’s marketingÂ executiveÂ Sian Hamer said: “Our new SP692 is perfect for photographers working on tight budgets,” adding: “Itâ€™s an ideal flashgun option for photographers working both in and out of the studio… This Speedlight can be used as an on-camera flash as well as a master unit or slave unit in a wireless, multiple Speedlight system to achieve TTL and manual flash.” 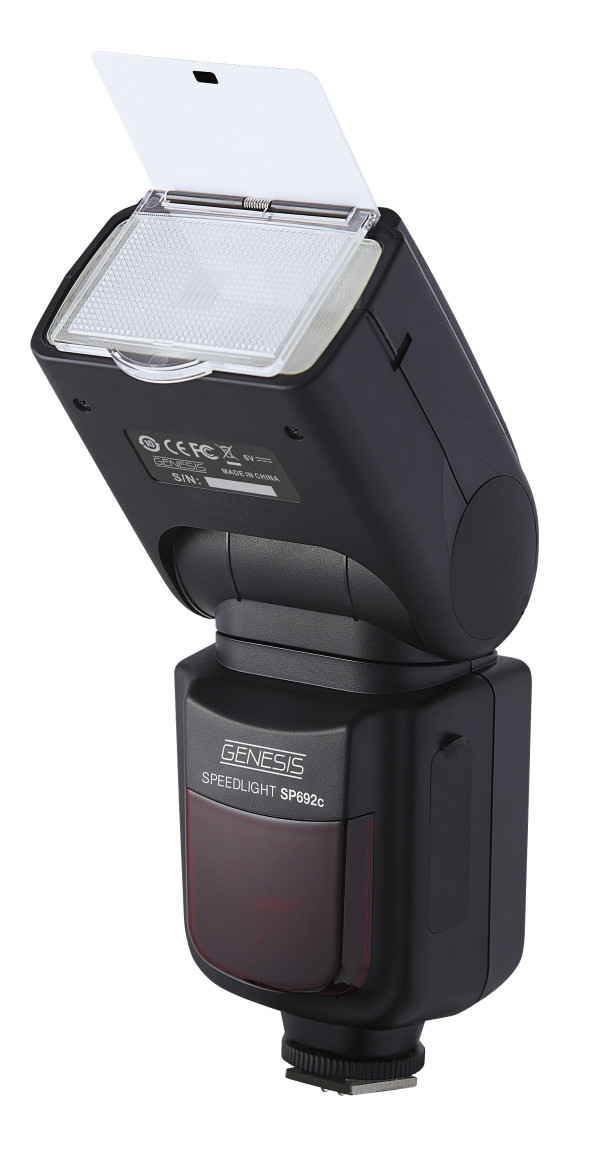 Calumet’s marketeers also say that the Genesis SP692 is “around half the price of comparable units on the market”. For reference, the Nikon SB-700

costs Â£320, though whether Calumet’s new device is “comparable” to these depends on what features you need. Like the big brand units, the Genesis has advanced wireless capabilities â€” able to act as a Nikon AWL or Canon Wireless master or slave, controlling three groups of flashes from the camera via optical signals.

On the other hand, listings for the SP692C and SP692N make no mention of high speed sync (also known as HSS or FP-Sync), a technology that allows flashguns to be used at faster shutter speeds. If missing, that means that the Genesis cannot be used with most DSLR cameras at shutter speeds above 1/200â€“250 second before black banding appears in photographs.

Does this matter? A 2012 survey ofÂ Lighting Rumours readers revealed that 84% (of over 1,200 respondents) felt high speed sync was “important” to them. So will Calumet’s customers overlook this omission in the SP692 flash?

both lack. The SP692’s recycle time at full power is specified to be between two and five seconds, which according to independent reviewers (see below) is an accurate figure. The guide number is 50, making the flash â€” on paper at least â€” roughly as bright as a Nikon SB-910

. There is also, like on the SB-910, a large backlit LCD control panel which should make it easy to read and adjust settings.

Digital SLR magazine’s Matty Graham reviewed the Genesis SP692 and gave it four-and-a-half out of five stars, lauding the flash as a “genuine alternative” to Canon and Nikon offerings.

Priced at Â£149, the Genesis SP692C for Canon and SP692N for Nikon are available now from Calumet UK. In the USA the SP692 series can be bought online for $216 per flash unit or as part of a $415 kit including the Calumet Powerblock 900 external battery pack (a rebadgedÂ Godox FB2000).

The Genesis SP692 bears strong resemblance to the Oloong SP69X-series manufactured in China.