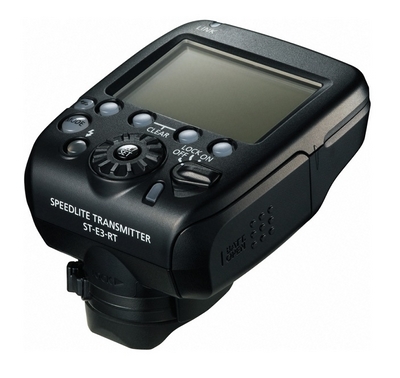 The first camera manufacturer to integrate radio-based triggering in their flashguns, Canon have unveiled the Speedlite Transmitter ST-E3-RT and Speedlite 600EX-RT. Sending information via 2.4GHz signal rather than infrared, the new system can operate at up to 30 metres even in bright sunlight and without line-of-sight.

The Speedlite Transmitter ST-E3-RT is an E-TTL II commander unit that sits on the hotshoe of your Canon DSLR, powered by two AA batteries. It has a full LCD screen and can control up to 15 remote devices. These can include the new 600EX-RT flashgun or a remote Canon camera connected to a second ST-E3-RT unit. Unfortunately there is no autofocus-assist lamp. The device is weather sealed “to the same degree as professional EOS cameras”.

Since Canon is using the universal licence-free 2.4GHz frequency, in common with many third party triggers, the same models can legally be distributed worldwide, unlikeÂ PocketWizard which must make a different version for each market. 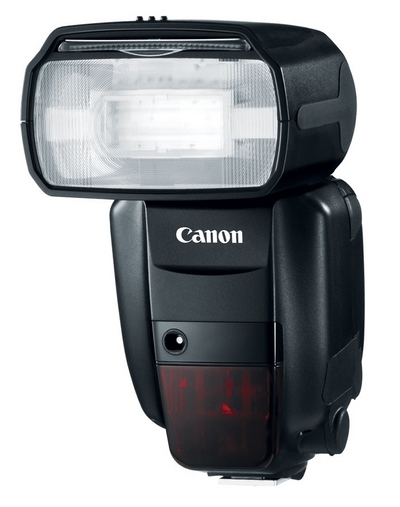 The 600EX-RT is Canon’s latest flagship Speedlite with wireless triggering built in. It can act as a slave or be master to up to 15 remote flashes and cameras. The old infrared system can still also be used. As a remote flash, the 600EX-RT can be put into one of five groups when triggered by radio or one of three groups using infrared E-TTL II.

The Canon RT system is slated to be ready at the end of March at the following prices.

Could Canon’s announcement make third-party TTL triggers such as the PocketWizard FlexTT5, Pixel King and Phottix Odin redundant? Let us know your thoughts below.