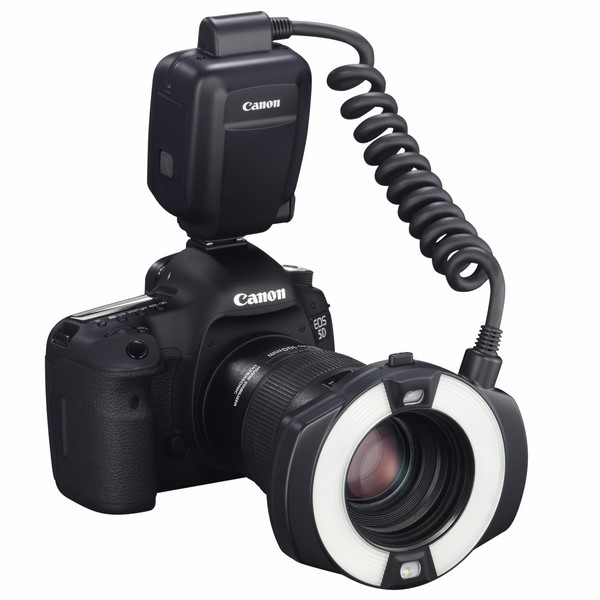 After 14 years, Canon has revamped their MR-14EX Macro Ring Lite in a new model, the MR-14EX II.

Whilst it follows a similar two-part design with the Ring Lite clipping directly on to the lens barrel (including Canon 100mm and 60mm macro lenses or other lenses via step up/down rings). The controller, which sits in the hot shoe, has been given a make-over making it more user-friendly and matching the design and functionality of the latest Canon Speedlites.

The maximum guide number for the MR14-EX II is 34.4ft (10.5m) at Iso-100.Â As its predecessor, the Ring Lite incorporates two semi-circular flash tubes whose output can be adjusted independently between 1:1 and 1:8 ratios in half-stop increments. The original model only allowed for full stop increments.Â By using 1:1 ratio the light created is uniform and even in nature, but by allowing independent ratios to be set it creates side lighting and more of a three-dimensional effect. 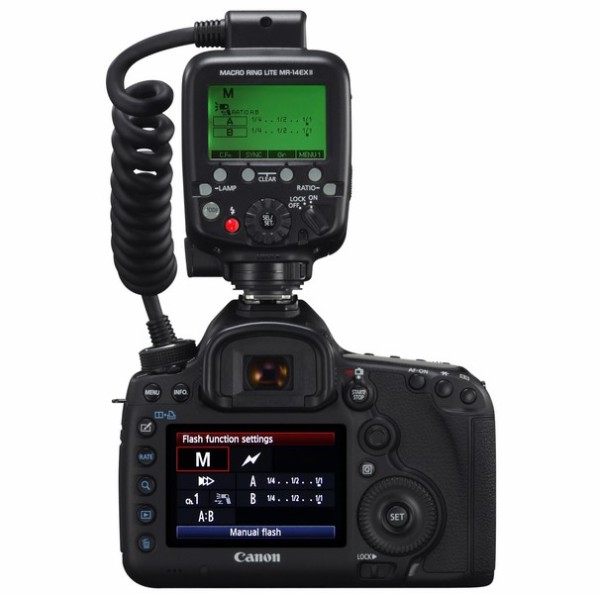 Both versions incorporate two modelling lights, enabling the user to preview the lighting effects that the flash will create. However, the MK II model incorporates a sophisticated white LED focusing lamp system as opposed to the original fluorescent focusing lamps.

The illuminated LED has similarly been improved to ensure enhanced setting visibility whilst recycling times have been shortened for improved usage. Lastly, whilst the original model allowed for seven custom functions, the revamped MK II allows for twelve, not counting the camera custom functions. 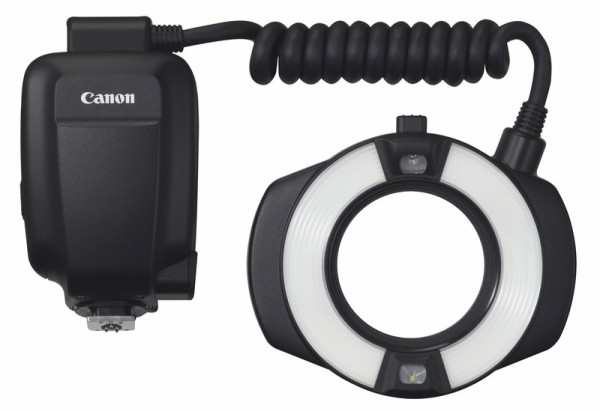 Ultimately, whilst both models provide for control via E-TTL and manual operation, the forthcoming MK II has been refined to take advantage of the newer generation technology contained in the latest Canon DSLR bodies, lenses and the latest speed lights including the 600EX-RT.

Pre-order now for $549 at Adorama, B&HÂ orÂ Amazon.comÂ for release on 28 March,Â or check availability with your local Canon dealer. The UK release date is May 2014. Visit the Canon product page for more information.