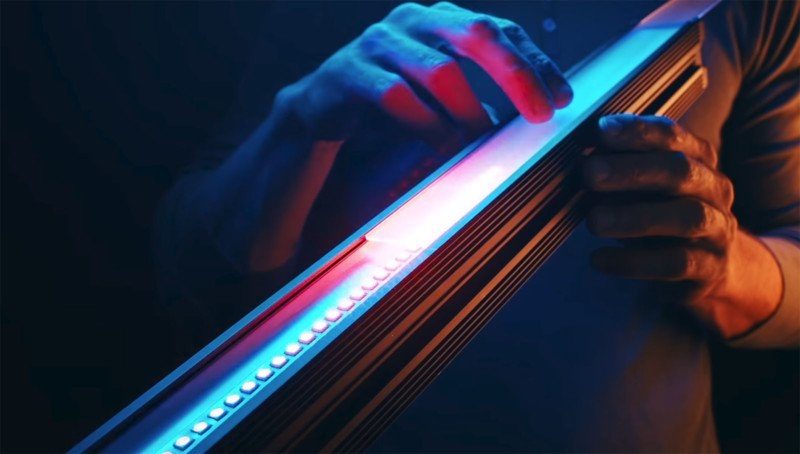 Bitbanger Labs, the people who brought us the Pixelstick light painting wand, have launched a crowdfunding campaign for an entirely new LED lamp.

The Colorspike is described as “an animation-driven photo/video light that feels right at home in any shooter’s kit”. It is a programmable, colour-changing LED strip light that can create a whole host of creative effects. You can control the Colorspike directly, or through a companion smartphone app.

Powered by an integrated 2900mAh lithium-ion battery, the lamp draws 18 watts of power and puts out up to 1800 lumens. It pairs with mobile devices via Bluetooth.

You can use it as a conventional LED lighting wand, but the unique selling point of the Colorspike is the ability to create animated patterns, or sequences of varying colour and intensity, which can be used for special effects in video shooting. You can create your own patterns or tweak existing ones using the app or the controls on the device itself.

The lamp can also be used for stills, though having animated patterns may be less useful in this case; you might be better off with a cheaper, regular RGB light wand like the Yongnuo YN360.

The Colorspike project had aimed to reach $120,000 by 17 November 2017. It has already well exceeded that target, but you can still pledge $299 to get your own copy of the Colorspike. Visit the Kickstarter campaign page for more details.

Can you see yourself using such a light? Share your thoughts in the comments below.