Itâ€™s been about four years since Commlite Tech Limited began to manufacture products for the field of photography. Since then, they’ve produced a number of camera accessories, including the ComTrig G430 and ComTrig H550 wireless radio triggers, which were both reviewed on lightingrumours.com last year.

So letâ€™s look at some of the specs and features for the newest addition to the Commlite family, the ComTrig CT-TL680C wireless TTL flash trigger.

On first glance, itâ€™s difficult not to compare the TL680â€™s build to that of the Pocketwizard MiniTT1. Perhaps the only obvious difference is the lack of USB port on the ComTrigs, which is used on the Pocketwizard for firmware updates and custom settings. Despite this, build quality is good and solid, with hinged battery doors and a tight-fitting shoe mount.

The TL680s are not too big, either, and with a weight of 52g, excluding batteries, they donâ€™t add too much weight to the top of your camera. 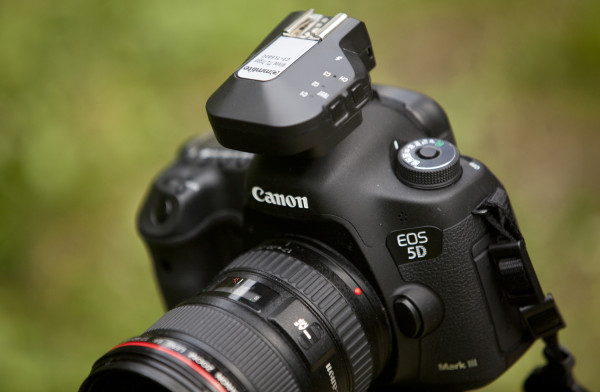 The ComTrig TL680s use the normal 2.4GHz frequency and allow for the use of 7 channels. Their 80 metre range makes them more than adequate for normal use, unless youâ€™re into super-telephoto photography. I tested this as well, using new batteries, a lot of space and a slightly disinterested girlfriend and found these figures to be a pretty accurate representation. If anything, they exceeded their 80 metre range.

Despite continuous use throughout my test, I found the TL680s to be pretty good in terms of reliability, and they werenâ€™t too quick to guzzle up juice from the two AAA batteries inside. Commlite estimate their standby time to be around 40 hours.

When I was first given these triggers, I was particularly interested in how theyâ€™d fare at high shutter speeds, so I tried some shots in direct sunlight. After all, Commlite promise that their TL680s can manage HSS all the way up to 1/8000s. Using both â€˜Mâ€™ and â€˜ETTL IIâ€™ modes with a Canon 600 EX-RT and an EOS 5D MK III, not once in my test did the trigger misfire.

The TL680’s instruction manual details compatibility with on-camera menu functions to a great extent and to get the most out of these triggers, itâ€™s best to pair them with a camera with this functionality, such as the EOS 5D MK III or the EOS 7D.

With this, comes the ability to use all the features youâ€™d normally get with your flashgun. Essentially, the camera thinks that your flash is still stuck to the top of the camera, so Flash Exposure Bracketing, Flash Exposure Compensation and other features still work as normal. 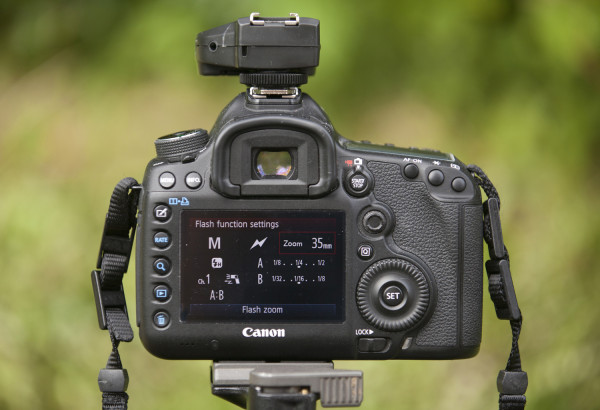 With previous ETTL flash triggers, I found that in some situations, setting flashgun output through the in-camera menu was a bit risky at the best of times; flash misfiring, sudden changes to full-power output and random full resets of all flash settings were just a few of the problems Iâ€™d regularly encounter. I was glad to learn that at first, the TL680s werenâ€™t too much of a problem in this respect, but after some use, one transceiver began to play up â€“ with group and channel lights flashing and changing without any user input, youâ€™d be forgiven for thinking youâ€™d bought a set of disco lights.

Fortunately, however, a quick factory reset (pressing and holding the channel and group buttons for five seconds) sorted this out, though I wouldnâ€™t like to rely on this too much, as itâ€™s evidently a firmware issue.

Any other complaints? In direct sunlight, the channel and group bulbs arenâ€™t the easiest to see. If Iâ€™m honest, there were some points when I couldnâ€™t see which groups and channels I was using at all.

Hopefully, though, Commlite will work to rectify this problem before the product hits the shops.

All in all, Commlite offers an excellent product for use by all types of photographers. Their ease of use makes them particularly attractive to people who may not usually use flashguns and flash heads to produce their images. Despite minor problems in some areas, your money wouldnâ€™t be wasted on the ComTrig TL680s. Theyâ€™re pretty good, if you ask me.

Allan MacDonald is a Scottish photographer based in Edinburgh. View more of his work here.