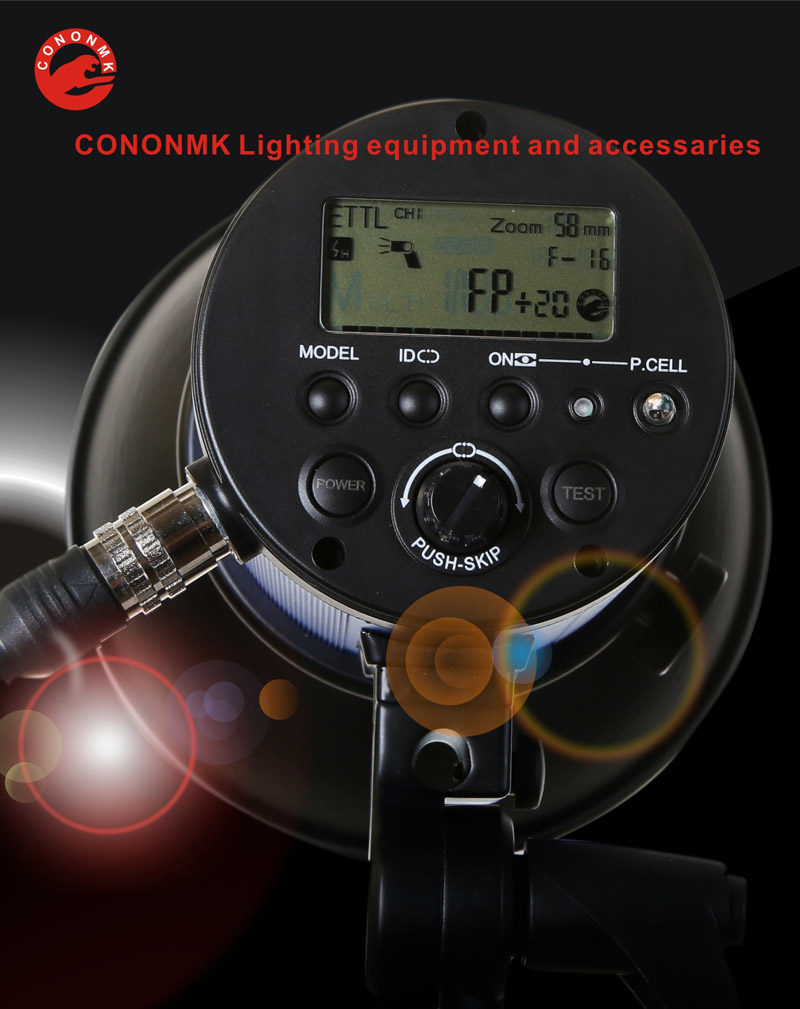 The number of TTL monolights in the market just doubled.Â CononMark, the Chinese lighting manufacturer, has revealed that its long-delayed Leopard K4S is “finally” out of the testing phase and is sending out samples to reviewers and distributors soon.

For those who don’t speak camera jargon, a “TTL monolight” is a powerful studio-size flash head offering the same automatic output control found in the smaller flashguns that clip onto your camera. In other words, a big light with auto mode.Â Normally big studio flashes only offer manual power adjustment, sometimes with the option of remote control and occasionally with support for high-speed synchronisation (HSS).

Last year’s Focus On Imaging trade fair saw a prototype TTL monolight displayed by Strobeam, however with the demise of that company the flash never reached the market. Since then the Profoto B1 has claimed the title of first commercially-available TTL monolight and will be the only such product exhibited at Focus’s successor, the 2014 Photography Show.

CononMark’s Leopard K4S is designed for outdoor use (though it is not weatherproof per se) and location shooting, rated at 400Ws and powered by an external battery pack. Convenient remote control and TTL support are provided by a proprietary “3G” trigger (available for Nikon i-TTL and Canon E-TTL) with an operating range of up to 100 metres. As well as letting you make adjustments, the trigger supports high-speed sync up to 1/8000 second or the fastest shutter speed of your camera, making shooting in bright sunlight easier.

If taking pictures in auto mode isn’t your cup of tea then there is also manual power adjustment down to 1/128 of full power in 1/3-stop increments. And there is aÂ 10W LED modelling lamp, which may not be much good on a sunny day but will be handy at night or in the studio. The head weighs just under a kilogram (2.2 lbs) and measures 140mm long with a 90mm diameter. An even more compact unit, the 110mm-long Leopard K4, will be rated 390Ws and weigh 736 grammes (1.62 lbs).

The external lithium battery pack (775 g; 1.7 lbs) is rated to 650 full power flashes from a single charge, and you can swap modules in and out of the pack without unplugging the flash. You can hang it from the light stand or clip it to your belt if you are hand-holding the flash, which has interchangeable handle and stand mounts.

Pictures we’ve seen so far suggest the light has a Comet accessory mount, but somewhere along the line CononMark might make a Bowens or an Elinchrom version for western markets where the connector is less common.