A while back I managed to get my hands on a CononMark K4S. We previously covered this flash as it finishedÂ development, highlighting some of itsÂ features that are currently not available in any other flash. The K4S is a 400Ws monobloc with TTL capabilities, powered by lithium-ion battery pack. TTL functionality in particular seems to be very interesting, as it promises the ability to shoot as with TTL triggers, but having roughly 8 times the power of a normal speedlite.

Photography has seen some amazing technological progress over the last few years and likewise, flash photography as well. Yes, it is true that light remains light, no matter what you say about it. But what has changed is where and how we use these flashes. Wireless power adjustment, HSS and lithium-ion batteries enable us to do things in more convenient ways that were not possible before.

What’s also noticeableÂ is that China is not solely the country of mass-producedÂ simple products any more. Before we saw a lot of basicÂ manual power flashes with doubtful build quality. This is noÂ longer the case. While we still see a lot of imitation products, new technology is also being developed. Brands like Yongnuo and Godox are becoming well-known for their innovative products and one suchÂ brand, CononMark, is trying to step up the game. 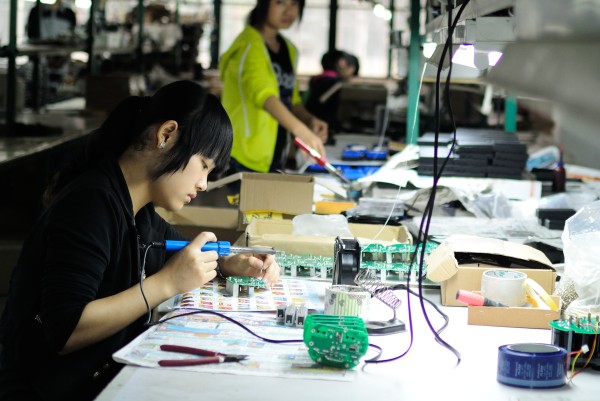 The introduction of their new K4S has led to a lot of speculation: a TTL IGBT monobloc operating on battery power was something that only Profoto has dared to do before. The question is if Cononmark can keep the promises it has made. Fortunately for the readers of Lighting Rumours, Cononmark honored our request for a review sample. The last two months I was able to test the performance of this 400Ws beast.

The kit arrived in a small suitcase in which the all the different components were packed. The suitcase itself is made out of metal, and while it does seem sturdy I donâ€™t think you should check it in as luggage during flights. That said, I do like the little suitcase since it makes storing the equipment much nicer. Parts that were included in the kit were as follows:

The flash can be triggered by using their HSS-capable transmitterÂ (Canon or Nikon only), by a 3.5mm sync port or by the built-in optical slave. When the radio transmitter is used the power can be remotely adjusted as well. Good news for people shooting without Canon or Nikon: the included trigger can still be used to trigger the flash and adjust the power; you will just miss the high-speed sync function. 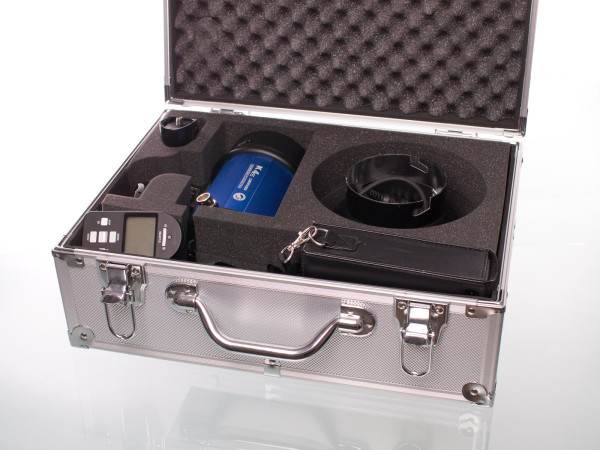 For me, it was problematicÂ that the monobloc does not haveÂ a Bowens S-type accessory mount, opting forÂ a Comet mount instead. CononMark persists with producing flashes with a Comet mount, rather than the de facto international standard of Bowens. Previously CononMark has made adapted versions of their flashes offeringÂ S-fitÂ mounts, but at the moment there is no informationÂ on whether they will do this again in future. 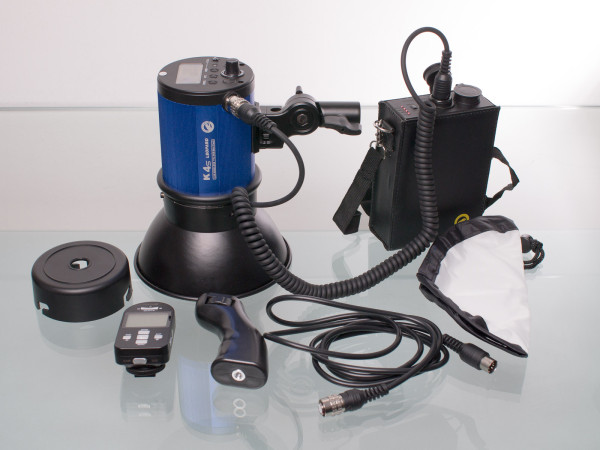 For this review, I bought an adapter to use my Bowens light modifiers. Unfortunately for me, this meant that the light was notÂ optimally distributed since the flash tube is sunk deeper within the adapter. Even without the adapter installed, the flash tube is recessed inside a small reflector, which means that the flash doesn’t have purelyÂ bare-bulb-like light quality.

The main unit of the kit, the strobe itself, is very well-built, but unfortunately the same does not apply to the whole kit. The head and swivel is very sturdy, both featuring an all-metal construction. No stability issues were encountered when I used the flash with medium to big light modifiers, such as my 70 cm beauty dish or 120 cm octabox. The metal swivel included in the kit has teeth to prevent movement of the head when it is used with heavy modifiers. Buttons on the back of the head are simple, similar to the LCD screen.

A nice feature that can be found on the head as well is the 10W modeling light. While it is less powerful than can commonly be found in regular studio monoblocs, it does help a lot when trying to focus in dimÂ ambient light. (More information will be given about the LCD screen in the next section.) While I haveÂ no complaintsÂ about the quality of the head, the quality of the battery pack and trigger is not on par with the rest of the kit. 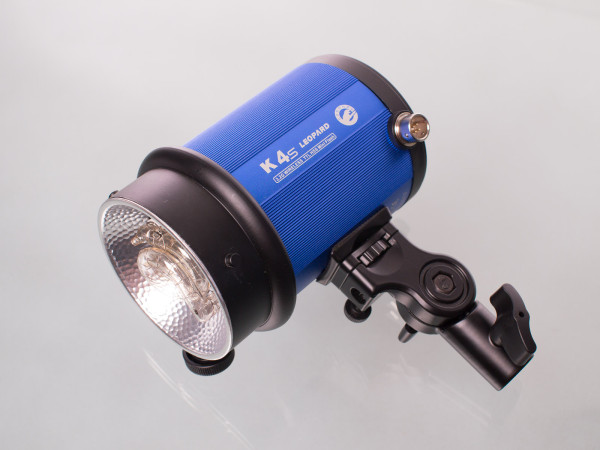 The battery pack is made from plastic and as soon as you turn on the power of the pack you can feel the cheaper finish of it. I havenâ€™t used CononMark products before, but it seems that this battery pack was not developed by the same people that made the head. While the head is rather solid, the battery pack has a lesser build quality. On the battery pack there is a single button to turn on the power and multiple LEDs to indicate the state of charge. It is powered by a lithium-ion battery which has power for 650 full-power flashes. This can be swapped in and out, similarly to Godox Propac battery packs.

A similar story can be told about the radio trigger that is placed on the camera. The plastic has a cheaper finish to it and the buttons feel less rigid. It never has led to any problems while using it, but it doesnâ€™t feel like it should belong on top of a professional camera. While the functionality of both the battery pack and trigger is great (as can be read in the next section) the appearance is mediocre. Though I consider this as a very important aspect, maybe other readers might considerÂ this less.

Setting the power is possible through two different ways, either by using the trigger or by directly entering it on the back of the flash. Both these methods have a rather simple interface and it should be easy to understand both without resorting to the manual. This is a good thing since the manual is written in Chinglish and is hard to understand.

On the flash head there is one main knob, which can be rotated to change the power, and five additional buttons. These have varying functions such as turning the unitÂ on and off, firing a test flash, changing channels and turning on the model light. All of these are standard functions that one would expect with a manual power flash. 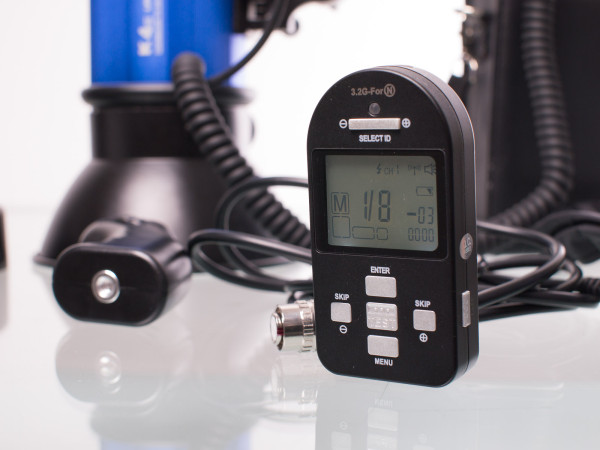 The functions found on the flash head can also be changed using the included wireless transmitter, with the addition of two extra modes: stroboscopic and, more interestingly, FP mode. FP mode should be the “TTL” mode that everyone has been eager to hear about.

Both the displays are simple LCD screens with backlight. They are easy to read and give a clear idea what the current mode is.

For all tests I have used the strobe with a Nikon D800 camera. Briefly I have tested on a Canon 5D Mark III to confirm that the results I had gained with my Nikon are similar, maybe even identical to what I managed to get with my Nikon. 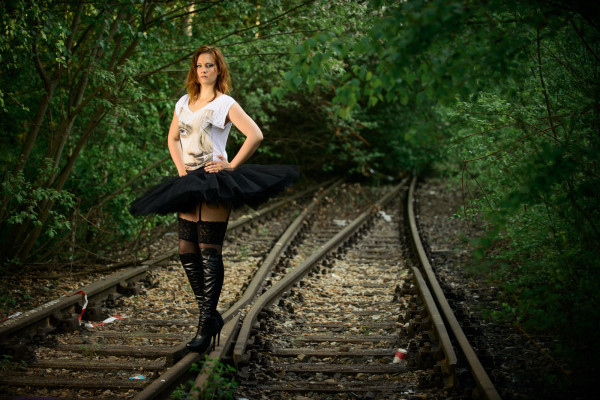 In manual power mode the K4S sync all the way up to 1/8000Â of a second. The combination with the included trigger and the K4S has proven to be very reliable to me; no misfires were experienced. Recycle time of 3.2 seconds at full power means that the flash can be fired almost directly when used at slightly lower powers, ideal for the type of shooting I usually do. 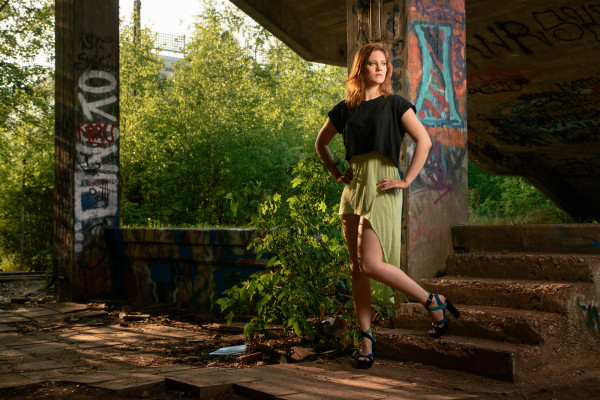 When using the flash in my normal work I found it that it managed to do everything thatÂ I demanded of it. I am often shooting in rapid succession with only a few small breaks, but even with the HSS enabled the K4S managed to surprise me with its performance. It is very reliable. The only thing that should be noticed about the trigger is that it often indicates a low battery status whenÂ the batteries areÂ barely-used. 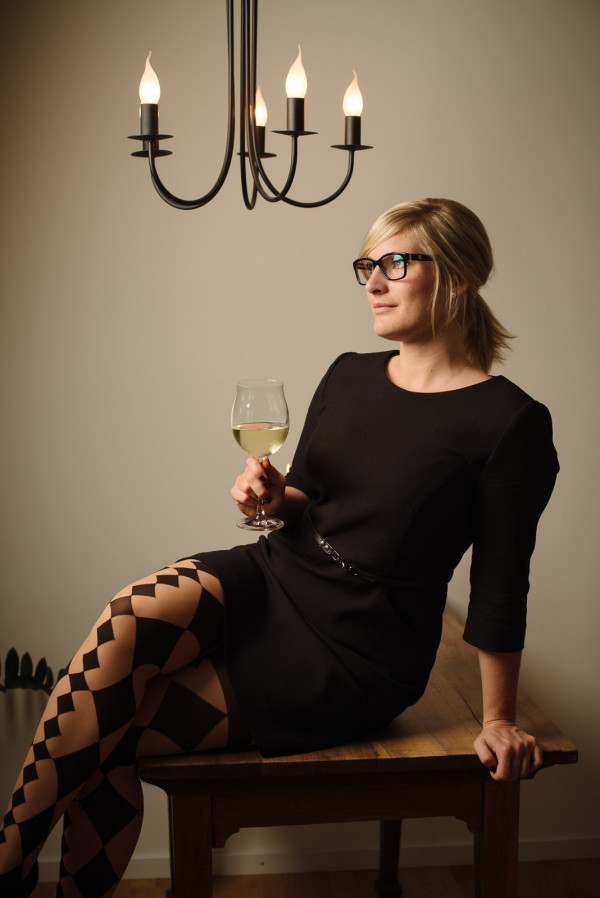 The TTL function was the aspect of the flash that was the most interesting, but unfortunately I will have to disappoint you if you were wanting to buy it because of this. It is simply not ready, I feel. It seems like the TTL system does a best guess instead of delivering an accurate exposure. 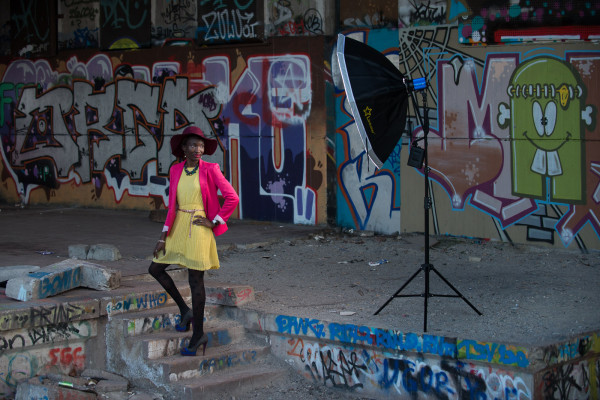 First thing that is wrong with the TTL mode is the lack of camera information transition. Changing the aperture from 4 to 5.6 and shooting the same photo results in the same flash output, i.e. the photo ends up darker. Â The same thing happens when adjusting the ISO. My conclusion: the flash and camera do not talk to each other. 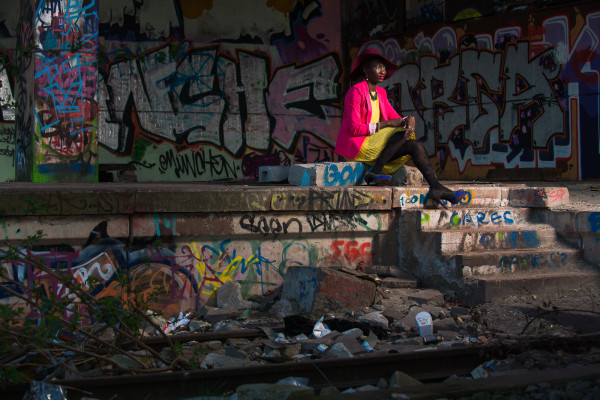 I have to say that when you do set the correct aperture and ISO the exposure does remain fairly constant when moving the flash closer to the subject. The power of the flash decreases when it is moved closer. While the exposure you end up with is inaccurate, it still means that there is some form of automatic exposure. How does it work? You tell me. It almost seems that it works by a auto-thyristor mode or so. One thing is sure: it is not accurate enough.

This review can be concluded by saying that the CononMark K4S works very well, but not in all modes. In manual power mode it is an excellent flash, which managed to surprise me, because my estimations of the performance were not so high. The small size and relatively low weight mean that doing a location photoshoot will becomeÂ even easier. Features such as the modeling light and the HSS make me feel that the K4S is a flash that could handle everything I would ask from it, with one exception.

TTL mode or the FP mode is simply not usable. I wish it was different, that Cononmark managed to do something unbelievable but unfortunately this is not the case. I can already imagine readers commenting on this review with the statement that monoblocs donâ€™t need TTL, but because of the portability it can be very useful. While it is a shame that this flash doesn’t perform like it was expected to do, one could see a bright future for CononMark. They are very close to creating a real TTL monobloc.

In fact, they recently announced the K4T, the new version of the K4S.Â Although weÂ haven’t yet hadÂ a chance to try thisÂ new version out, we suppose that this new version fixes the TTL mode to give “true” automatic exposure functionality.

For more information on CononMark products, visit their web site.