CononMark, the Chinese lighting manufacturer, has announced a full-sizedÂ studio flashÂ with TTL and high-speed sync (HSS) capabilities. The Leopard K4T is a 400Ws portable light designed for outdoor and location shooting.

In my recent review of the Cononmark K4S I already mentioned the upcoming release of the K4T. While the K4S was “TTL” in name only (it used the TTL interface to access high-speed sync, but had no usefulÂ automatic exposure mode) its replacement, theÂ K4T, is supposedÂ to give a true E-TTL and i-TTL. For real this time! 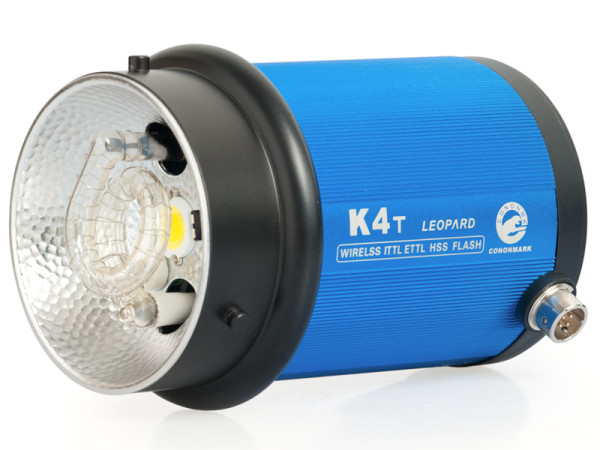 What is unique about the CononMark K4T, compared to other flashes, is that it features TTL and HSS mode simultaneously, analogous to shooting a regular speedlite with CLS or an advanced radio trigger.Â However, the similarity to speedlites ends there, as the Leopard hasÂ much more power, roughly eight times that of a conventional flashgun. With 400Ws of energy, even during daytime it will be possible to overpower the sun using the HSS mode.

Besides the new TTL function, the K4T is almost identical to the K4S. It is paired with a transmitter for Canon and Nikon that has an operating range of 100m. No receiver has to be plugged in the strobe, since the radioÂ is built-in.Â It also features a LED modeling light and lithium-ion battery pack, which contains enough energy for 650 full-power flashes. 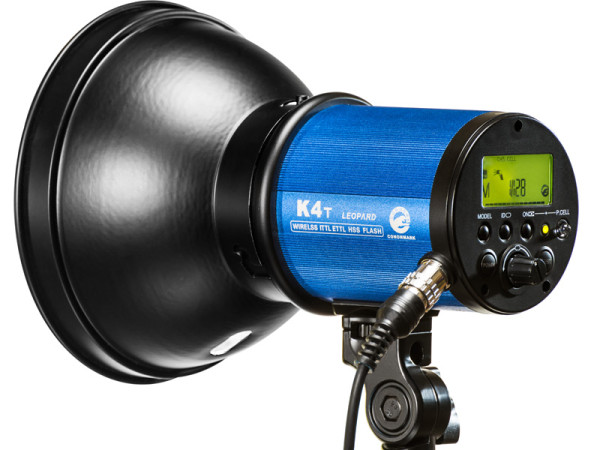 We at Lighting Rumours already managed to get our hands on a review sample and initial tests seem to be promising. Unlike the previous version, the K4T really does communicate with the camera and seems to give a real TTL exposure. We will start working on the review soon!

CononMarkÂ has already listed the Leopard K4T on its own eBay store for $975;Â prices at regionalÂ distributors may vary. More information is available on the manufacturer’sÂ product pageÂ here.