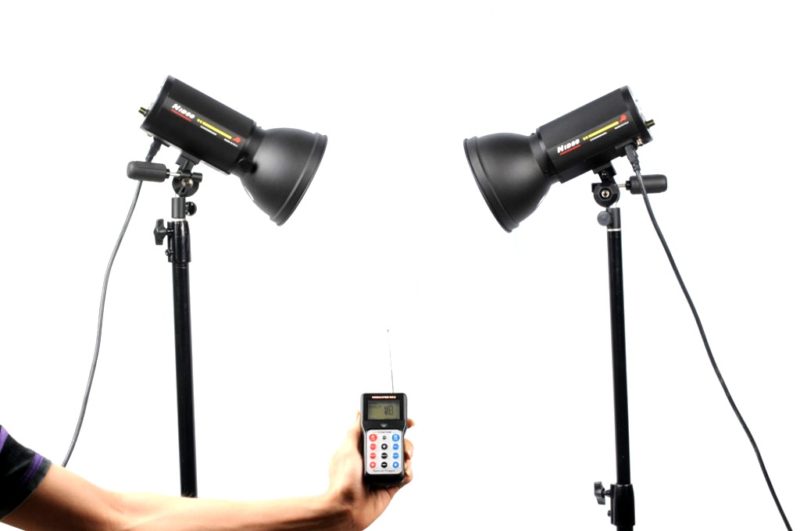 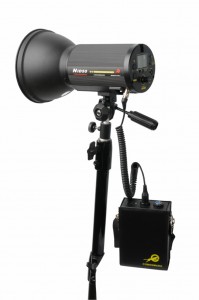 Shenzhen, China: CononMark (CononMK) have revealed a new design of studio light in its range of remote flashes. Perhaps best known as the manufacturer of the Strobeam and IShoot Shining portable battery lights, CononMark have now announced the NID500 IGBT Output High Speed Flash. With remote power control, IGBT circuitry and portable power, is this the first Chinese competition to the Einstein?

Paul C. Buff’s Einstein 640 monolights have been a big hit in the photographic lighting market, much lauded for their insulated-gate bipolar transistor (IGBT) circuitry and digital remote control. What makes these two features such a unique combination?

NB: While the NID500 shares both IGBT control and remote power adjustment with the Einstein 640, that is not to say that overall it is better, equal or worse.

With many new wireless products coming to market, the ability to remotely control flash power levels from the camera is increasingly accessible to photographers. From dedicated systems such as Profoto Air and Elinchrom Skyports to third-party products from RadioPopper and PocketWizard, there are a range of solutions on offer. You can read more details on the various products here, orÂ read more articles about remote power control.

Paul Buff’s take on remote power control is based around the Cyber Commander, a wireless handheld controller with an LCD display, offering advanced wireless control of complex lighting setups. You can read more about the CyberSync Plus system and its capabilitiesÂ here.

By using a speedlight-style IGBT circuit, the Einstein 640 gets quicker flash durations as power decreases, rather than the other way round as is the case for most other monolights which use voltage-lowering to reduce power. The first monolight to utilise IGBT was the Photogenic Solair series, and Einstein is the second. The advantage of IGBT is that even a relatively slow monolight can improve at freezing action by reducing its power level. 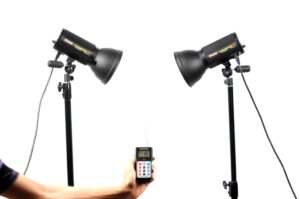 The NID500 AC/DC is a new model designed by CononMark. It utilises a remote controller to control the power level, modeling lamp and ready beep of the flash.

The CononMark NID500 design is completed and ready to be mass produced for the world market. Keep your eyes peeled for distributors!

Update: this flash will be available under the Strobeam DL5 brand in the UK from retailer Viewfinder Photography. Read more.