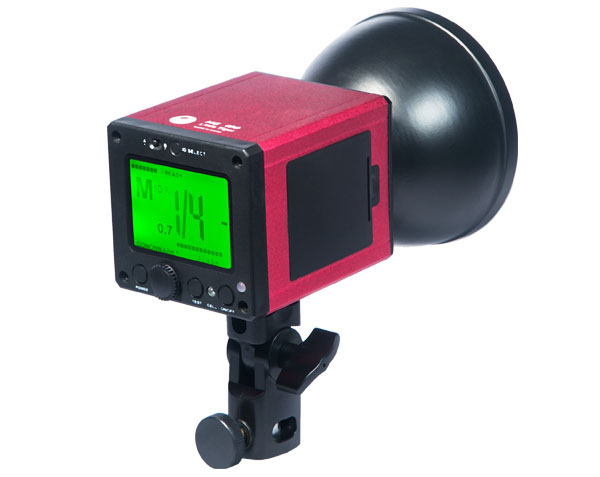 Just as most electronics seem to be moving away from AAs and lead acid batteries to lithium ion batteries, Chinese manufacturer CononMark has bucked the trend with its Leopard HS100 series studio flash, powered by eight AA (LR6) batteries.

Announced last year, the 100Ws Leopard HS100 is a very portable lighting system. At around 0.6 kg or 1.3 lbs, it is comparable in weight to a Godox Witstro AD200, and aimed at a very similar market of photographers. There is a very similar ‘Little Tiger’ unit available from CononMark, with the same form factor and twice the power (200Ws).

It has built-in wireless flash triggering, including automatic TTL control and high-speed sync, for Canon, Nikon and Sony, using the same 2.4GHz remote as the CononMark K4T TTL battery flash, which has received favourable reviews. The accessory mount, though ostensibly CononMark’s own, is actually directly compatible with bare-bulb-style modifiers made for Godox, Quantum, Sunpak et al, so a wide range of third-party light-shaping tools are available. 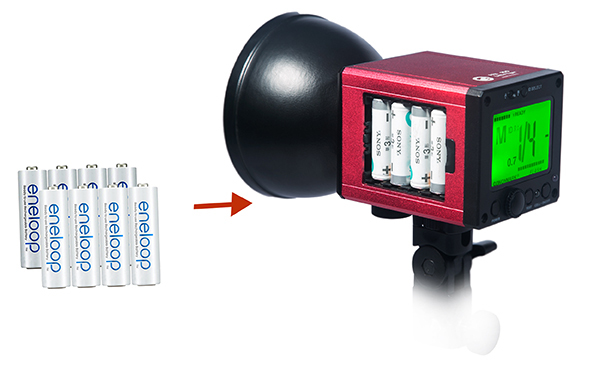 The unique selling point is the power system: whereas other flashes have proprietary batteries and chargers that may fail, the HS100 runs on common AAs available anywhere. Not everybody will prefer this arrangement as AAs can be fiddly, but I am glad the choice is out there.

I usually shoot Micro Four Thirds (Panasonic GX8) and didn’t have a Canon, Nikon or Sony camera to hand to test out the TTL and high-speed sync capabilities in this flash. However, it should behave similarly to the trigger in the CononMark K4T—read that review here. I will update this article or post a follow-up once I have the opportunity to try out TTL directly on the HS100.

The HS100 is entirely modular, comprising a small, dense cube that houses all the electronics, with removable flash bulb, mount adapter and accessories. The included reflector is similar, but not identical, to those included with the Godox Witstro series. It (the reflector) seems a bit more cheaply made and has some sharp edges around the rim if a diffuser or gel is not fitted. Fortunately you can swap in a Godox or generic reflector, which are widely available. The flash bulb is not the same fit as Godox, however, so you can’t mix and match those. The eight AA batteries fit into two compartments, one on each side of the flash. Not much to say here other than the doors aren’t too flimsy and I had no trouble getting batteries in and out (you don’t need to fish them out with a pointy object like you do with some devices).

Unlike the Mcoplus Flash Cube (Shanny VN300), which I found to be terrible in almost every way, the CononMark HS100 seems to have a lot going for it.

I was asked by a local amateur theatre group to shoot some headshots for an upcoming production. This was a good opportunity to try out the HS100 on an extended photoshoot. All the gear I needed—camera, lenses, lighting, batteries, stands, umbrellas and modifiers—fit into a Pixapro Padded Lighting Backpack, allowing me to cycle to the venue with relative ease. Useful if you don’t drive!

I paired the CononMark HS100 with a Flashpoint eVolv (Godox AD200) as a background light; though these two strobes use different triggering systems, I was able to use the AD200/eVolv’s optical slave feature in this indoor setup. The HS100 has its own optical slave cell which I also tested briefly without any problems. The interchangeability of accessories between the two flashes meant I could use the same reflectors, gels and grids that the AD200 uses.

Set up was quick, and the minimalist design of the HS100 makes it actually easier to set up on a stand than the Flashpoint. Whereas the AD200/eVolv has a simple tripod mount and a somewhat generic light stand adapter that tends to spin around and never quite locks in the right orientation, the CononMark mounting bracket fits the bottom of the light much more snugly and always points in the correct direction. At the same time, the boxy shape means you can simply sit the HS100 head flat on a shelf or table if a light stand isn’t required. It can even sit on the floor and point straight up, though the adjustment dial on the back protrudes and makes it wobble a bit.

There were a lot of actors to photograph and not much time to do it in, and this little flash did not let me down. A power level of 1/8 to 1/4 was more than enough, even through a diffusion umbrella in a large lecture theatre, and the trigger did not misfire once. Fortunately I didn’t have to change batteries during the shoot, but I had eight spare just in case.

Outside TTL mode, the ABC trigger makes it straightforward to adjust manual power levels (1/1–1/64 in 1/3-stop increments), and the display is clear and easy to read. The transmitter’s LCD mirrors the large one on the back of the HS100 itself. Unlike the Godox X1, controls are extremely intuitive and you have fast access to different groups, should you be using multiple lights on this system.

As already mentioned, there is no support for Micro Four Thirds in this system yet, so I have not yet been able to evaluate TTL or high-speed sync with this light. Mostly I prefer manual anyway, but in the near future I will test the HS100’s abilities to ‘overpower the sun’ outdoors. 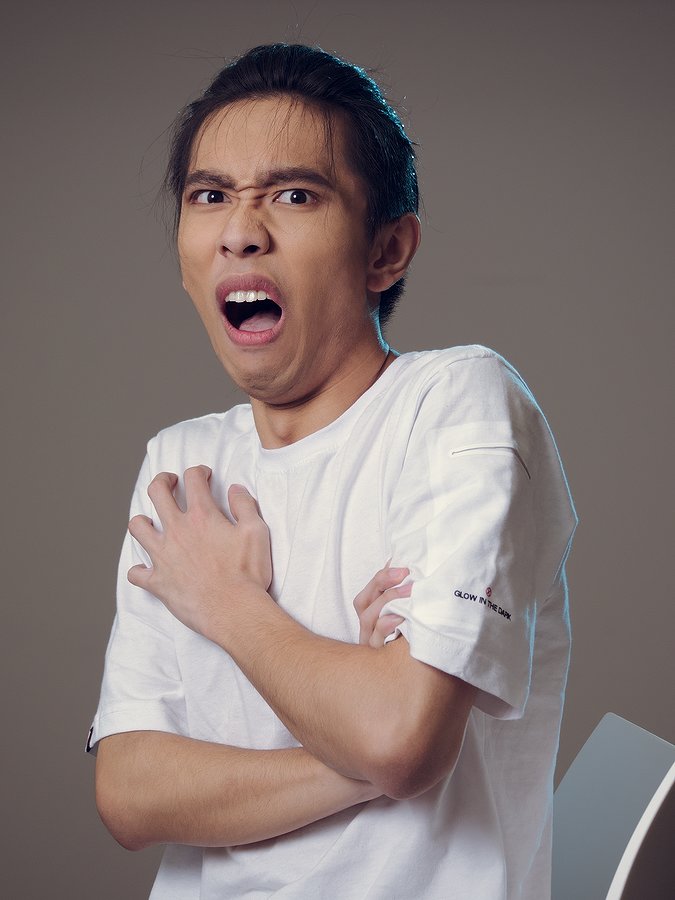 One of the biggest things missing in the HS100 is some form of adapter to work with larger softboxes. Whereas everything in the Witstro series either has a Bowens mount or works with an S-fit adapter, the HS100 does not fit in one (I tried, trust me!) and so relies more heavily on the mini bare-bulb mount (for reflectors and very small softboxes) and the standard umbrella mount on the light stand bracket (granting access to much larger, ‘Apollo-style’ light shapers). This is easily enough for any aspiring enthusiast but is nonetheless a bit of a black mark when you consider the range of possibilities with Godox, SMDV and other lighting ecosystems.

However if you think of the HS100 more of a powerful speedlight with a more studio-friendly form factor (no adapters, triggers and external battery packs to fiddle with, unlike shoe-mount flashes) then its benefits are clear. 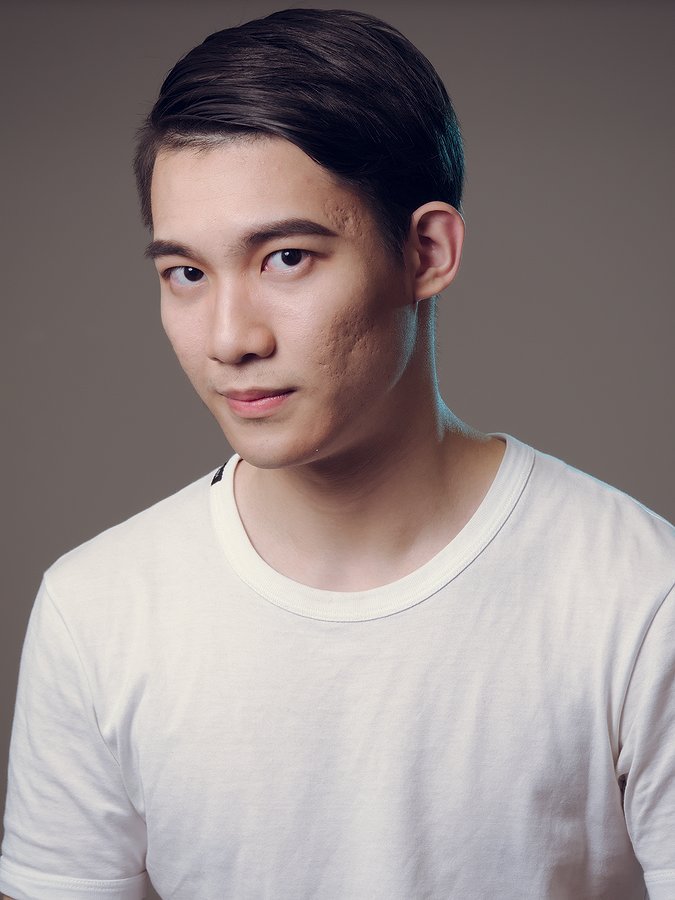 I wasn’t expecting to like this flash very much—CononMark has a reputation for making odd design decisions, such as using Comet-fit mounts on their larger studio heads over the more common Bowens S-type standard; or making such monstrosities as the ‘Frankenflash’ iQ ring light.

However, the CononMark Leopard HS100 is a really neat little design that could appeal to a lot of photographers (at the right price). Universally-available AA batteries, full wireless control and access to a wide range of small light modifiers make this nice upgrade from a speedlight and a compelling portable lighting solution for photographers on the go. Performance seems decent and the design seems well put-together. If the company adds an S-type mount adapter in the future then this will be a complete system.

Recommendations? If this is available more cheaply than a Flashpoint eVolv/Godox AD200 then it is worth considering, though I might hesitate above that price. For the few advantages the HS100 offers, the Godox Witstro system is indubitably more mature and more widely distributed. Unless you want to buy a box of ten units wholesale from Shenzhen Gaoneng (CononMark), the only place I have seen the HS100 on sale so far is in one online store priced US$200. Compare that to the Evolv/AD200 at $300–350 and it seems like reasonable value.

Thanks to CononMark for sending us an HS100 kit to review. For more information, visit the manufacturer’s web site.

Questions? Feedback? Leave your thoughts in the comments below.