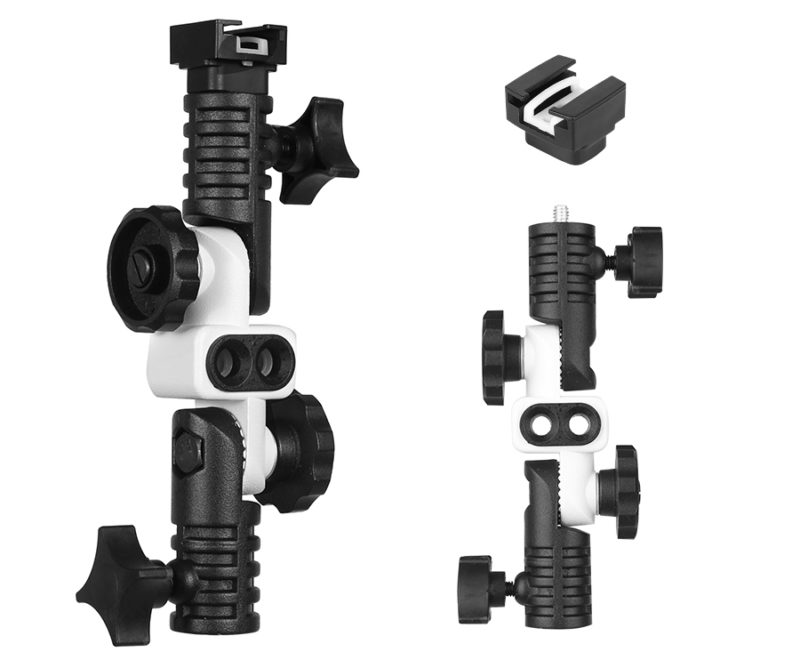 A new swivel adapter comes with not one but two umbrella holes, so you can mount two brollies on a light stand simultaneously. And it isn’t as silly as it sounds!

This setup might not work out cheaper than a dedicated umbrella softbox (or just adding a removable cover to your umbrella, if you can find one that fits), however for some photographers the bi-brolly solution may prove more versatile. 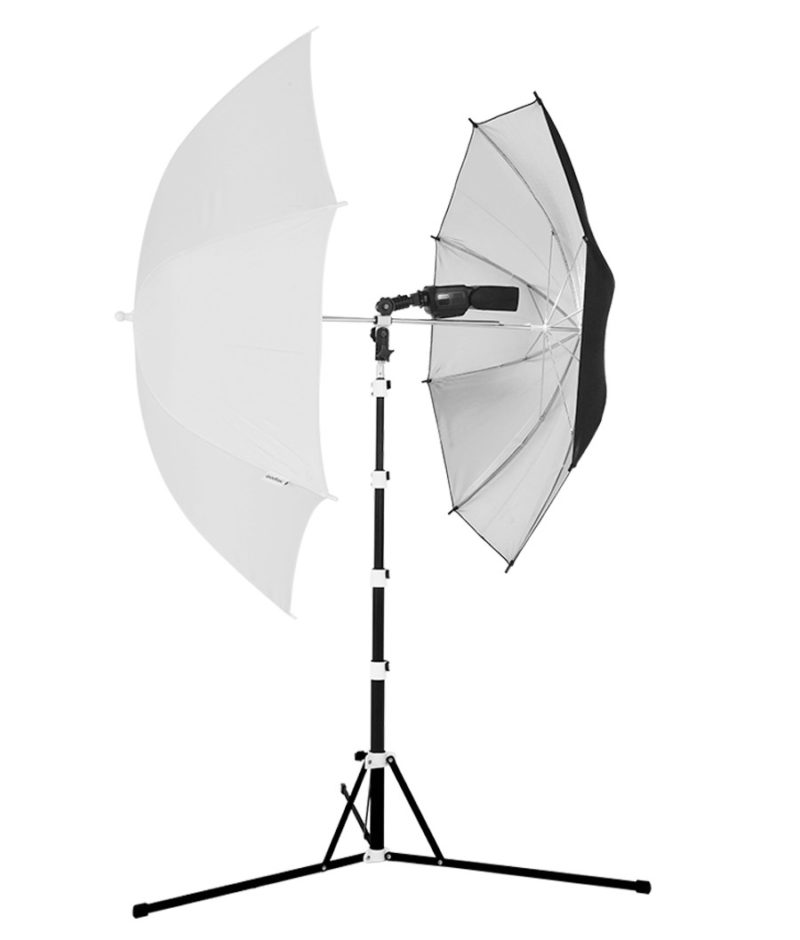 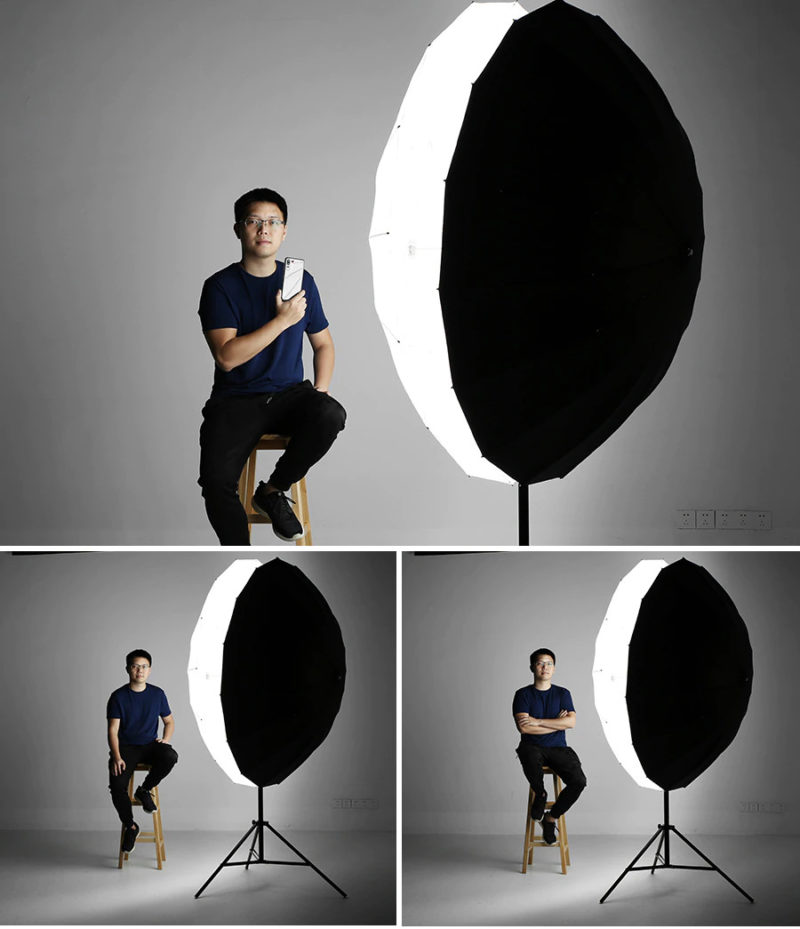 If using one flash with two umbrellas on a light stand is not extravagant enough for you, then try the quad tilt bracket, which supports four speedlights AND a pair of umbrellas at once. The individual mounting arms even articulate, so you point the flash exactly where you want it. 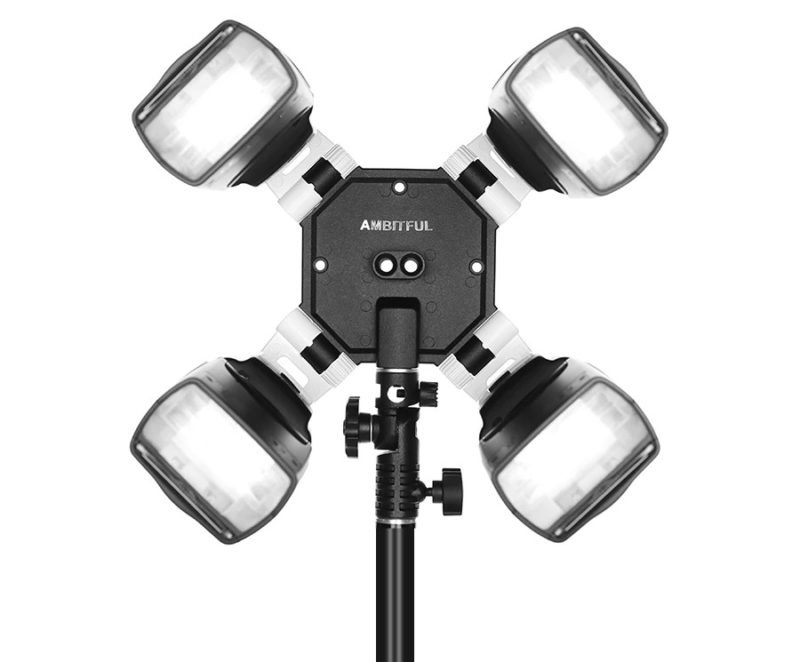 Both accessoriesâ€”the ‘N1’ double-barrelled brolly bracket and the two-umbrella, four-way flash holderâ€”are available from sellers New Vision and Leban Solutions (which appear to be the same company). Buy the ‘N1’ double-barrelled brolly bracket now for US$13.59 on AliExpress or $20 on eBay. Get the four-way flash holder for $29 on AliExpress or $36 on eBay.

It’s worth pointing out that Aodelan also makes a similar quad flash bracket with four brolly holes, for umbrellas with different shaft diameters.