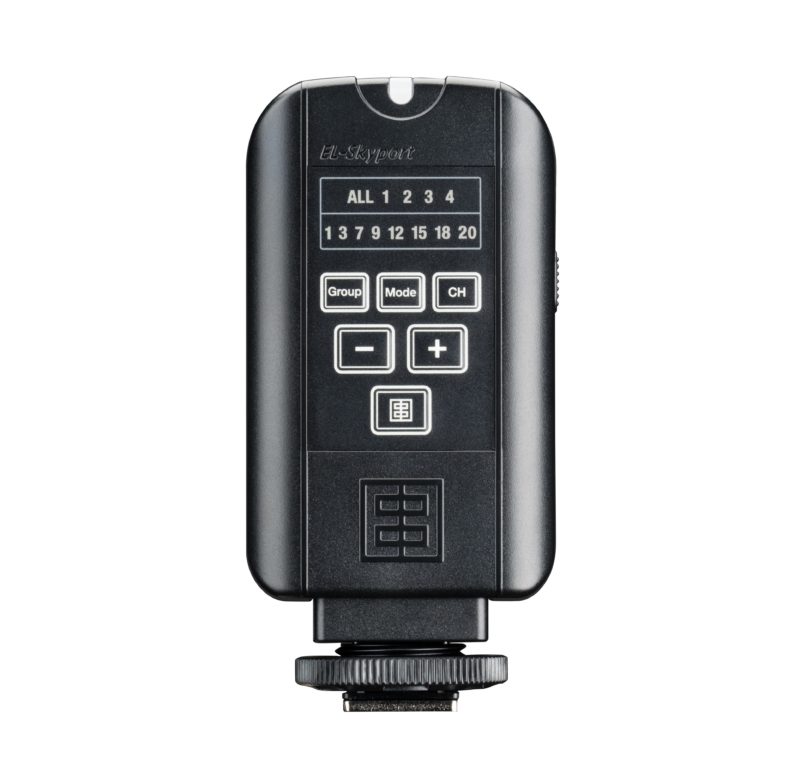 The EL-Skyport Transmitter Plus is a non-dedicated trigger that will fit on any Iso-standard camera hotshoe. It works on eight channels, with “standard” and “speed” protocols, giving 16 channels in total, and supports up to four groups.

A simple LED display on the back indicates the currently selected channel and group, and the body of the trigger “offers a swivel function for optimum orientation”. That is, you can either stand the transmitter upright or tilt it forwards to lie parallel to your lens. The unit runs on two AA batteries and has a claimed range of 200 metres.

Elinchrom’s EL-Skyport Receiver Plus is the company’s first radio receiver natively to support speedlights, thanks to a new integrated hotshoe. It is a single-pin connection so you only get basic triggering (no flash wake-up or TTL) but when used in combination with a Skyport Transmitter HS it’ll also offer long-tail high-speed sync (assuming your light has a long enough flash duration) a bit like PocketWizard’s HyperSync or Yongnuo’s Super Sync. There is a 3.5mm sync port as well so you can use the Receiver Plus to trigger any kind of flash with a sync port. 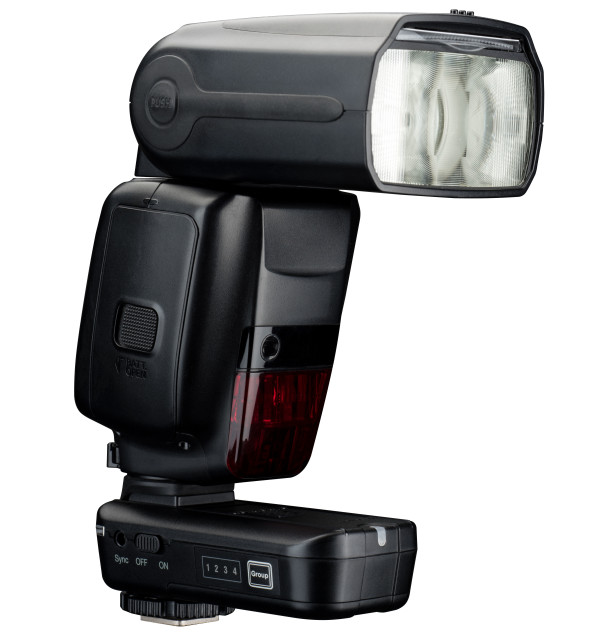