We reviewed CononMark’s 3G Two-Way Trigger a few months ago, but since then a new model of this flash trigger has come out. It’s the same 2.4GHz manual radio transceiver as before and has no extra features, but it’s got a different name and a new form factor.Â The latest version is called the Eagle Leopard (yes, really) and stands upright on the hotshoe, a bit like another well-known radio trigger brand. It has something extra though – more on that later.

Using the buttons on the back, you can pick channels and switch between transmit and receive modes. If it’s like the original 3G Two-Way Trigger, the Eagle Leopard will be able to set off the radio receivers inside CononMark’s own 3G-branded studio flashes too.

Looking at these first two pictures, there’s nothing too remarkable about the Eagle Leopard apart from its nice clear LCD screen. Scroll further down though and you’ll see that the manufacturers managed to fit a hotshoe in a place you wouldn’t expect. 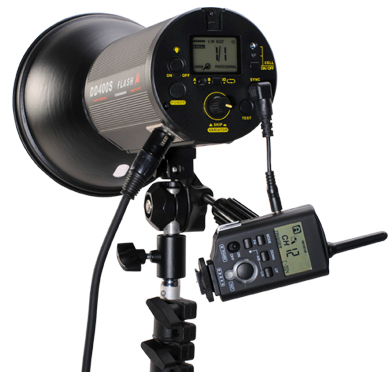 The side-mounted hotshoe, shown below, lets you trigger speedlights without the use of cables. Its positioning is more sensible than you might first think; with the control panel pointing out sideways, the flashgun doesn’t get in the way of the screen or any of the buttons. A definite plus if you’ve been frustrated with other triggers whose buttons are out of reach when a flash is mounted.

The application in the next photo seems less sensible, but each to their own! There are plenty of transceivers out there without a hotshoe at all, so this is still a bonus. 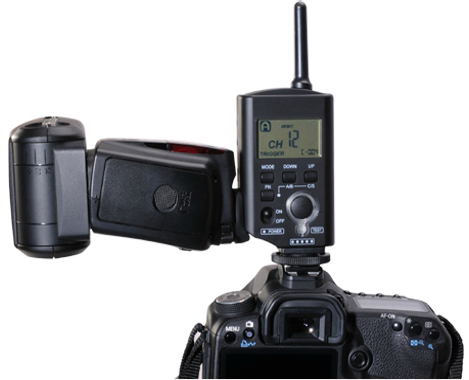 Pricing and availability haven’t been announced yet, so contact CononMark for further details.