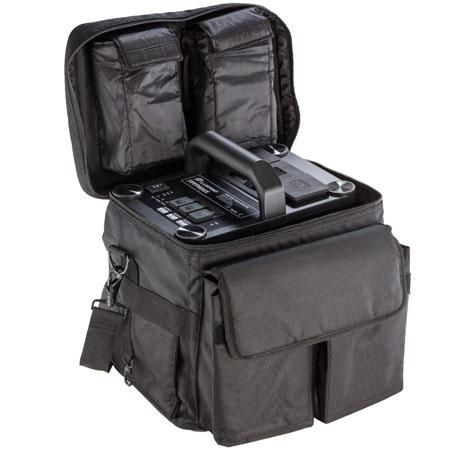 Adorama is now shipping the Flashpoint PowerStation 800, a battery inverter to power all your devices on location. When you’re out of reach of extension cords, or just don’t want cables traipsing everywhere on your photoshoot, the PowerStation replaces mains sockets. 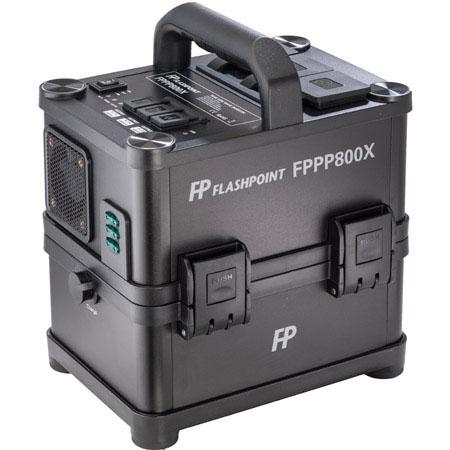 The PowerStation has three AC sockets and three USB sockets, so it can run anything from a 3000J studio flash to a laptop to a mobile phone. It puts out 110V pure sine waveÂ AC and was originally announced alongside the company’s budget monolights,Â but should actually work with almost any brand of mains-powered flash.

The pack weighs just under 15 lbs (6.8 kg), which is considerably lighter (and less noisy) than a petrol generator. It isn’t as feathery or as cheap as, say, the Photogenic Ion (3.5 lbs) but it’ll last longer and support much more powerful gear. 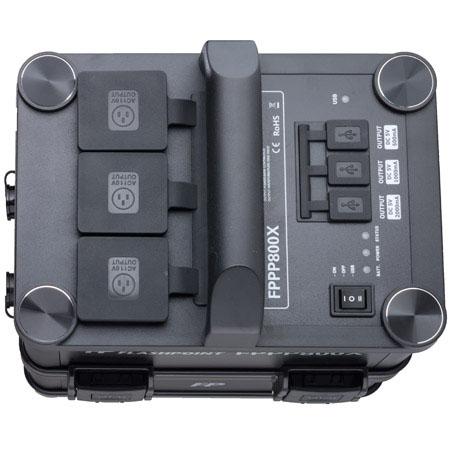 According to the manufacturer, each 12Ah battery â€” which can be swapped in and out and charged independently of the main pack â€” has enough juice to run a 600J head for 500 flashes. You can run the PowerStation from a car battery or charge its LiFePO4 cells from the mains in three hours.

You can switch between two operating modes, one to support high-peak flash units and one for constant-draw appliances like laptop chargers or fans. The PowerStation is fan-cooled and said to provide “stable” current in “any environment”. You can protect the pack with a specially-designed case that has side pockets for cables and chargers.

The Flashpoint PowerStation is available exclusively from Adorama for $899.95 including free US shipping. The carrying case is included and extra batteries are $350 each, though if you need spares you can save money by buying a kit with extra battery for $1,100.00.

LoyalÂ Lighting RumoursÂ readers may recognise the PowerStation, like many other Flashpoint offerings, as a rebranded Godox product, namely the Leadpower LP-800X. You can also find it in the States under the Dynalite XP800 brand but that costs $100 more so the Adorama version sounds like a better deal.