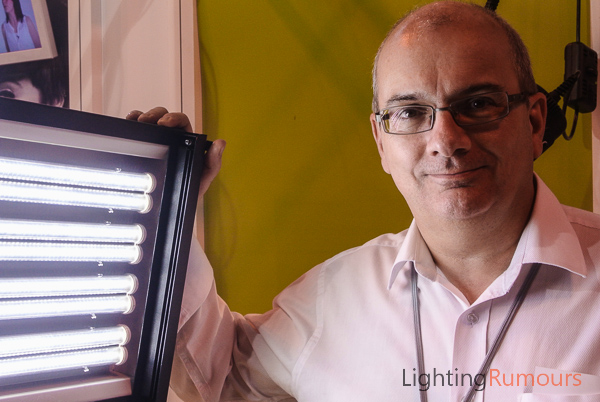 Video and broadcast equipment maker Limelite had a bright green stand at Focus On Imaging showing off some new and future continuous lighting gear. Business development manager Tim Haskell talked to Lighting Rumours about what the company has to offer this year.

There are now tungsten and bi-colour versions of the Mosaic LED panel, shown here linked together in multi-unit arrays. The original daylight-balanced Mosaic has not been changed, except that future kits and individual lights will now include diffusers, based on the feedback received from Andy Cameron’s review on this very web site. 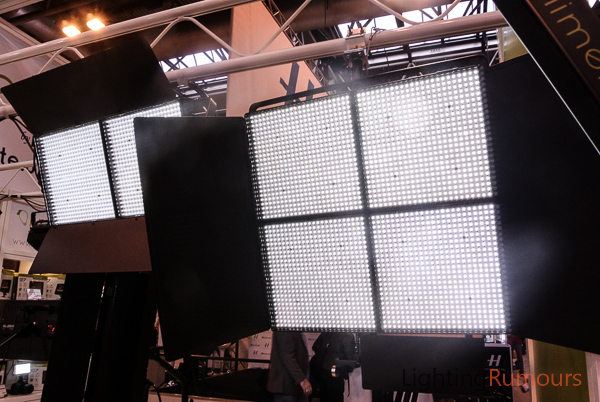 The Limelite Studiolite DMX fluorescent light bank range replaces the same series previously under the Bowens brand. But this is “not just a rebadge”, says Haskell. There is now a third model in the range with two tubes, adding to the four- and eight-tube Studiolites already available.

Previously unseen, the new Limelite Pixel (pictured below) is a 300 Watt variable flood tungsten lamp with a hard-wired controller. It does not have DMX control and is designed mainly for reporters on location, coming in one- and three-head kits. The “soft start” button on the Pixel reduces the likelihood of the bulb blowing, compared to the normal switch you use for room lights at home. 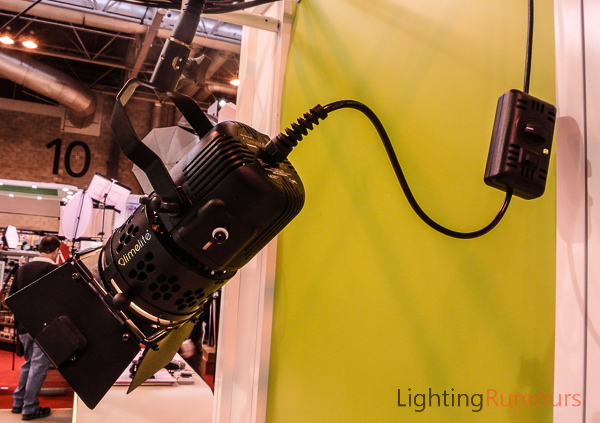 For the future, we can expect to see a “Mosaic Solo” camera-mounted LED video light from Limelite. This device takes AA batteries or can be powered by D-Tap cable (included). The intensity will be 650 lux at one metre and the Mosaic Solo will be dimmable, but not stackable. Price is unknown.

In addition to this there will be a mains-powered LED ring light (not on display at Focus), the first in an unnamed range. The first we will see of it is at the NAB Show in Las Vegas in April.

Limelite also showed off a new kind of lighting technology, pictured below. Housed in the same kind of frame as a Studiolite, this innovation is actually made up of LEDs rather than fluorescent tubes, with the working title of “Studiolite DMX LED”. Compared to the Mosaic LED, the beam angle is wider, at 110° versus 70°, giving much more of a flood effect. 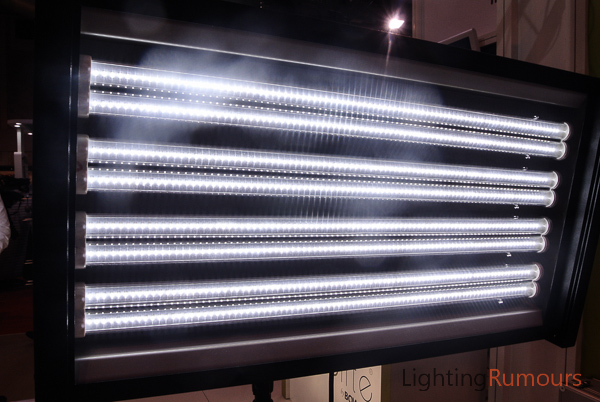 Because each row of LEDs is in a removable tube, it is a simple matter to swap out daylight-balanced ones for tungsten ones or to mix and match. The “Studiolite DMX LED” can take all the same accessories as a normal Studiolite, so no need to spend lots of money on specialised light-shaping tools, but it is not certain whether the system will actually go into final production.

Bowens, parent company of Limelite, did not have anything new to exhibit except the Creo flash generator announced last year. For more information on Limelite products, visit the manufacturer’s web site.