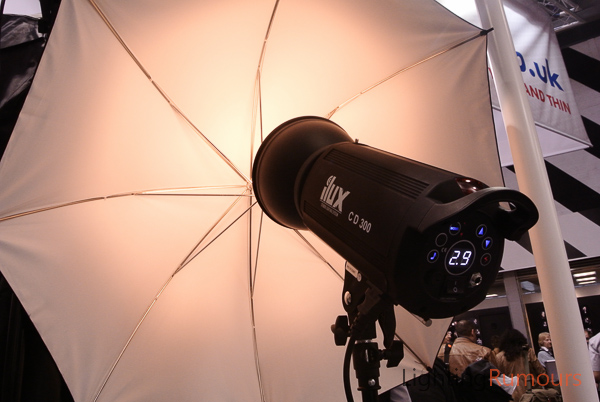 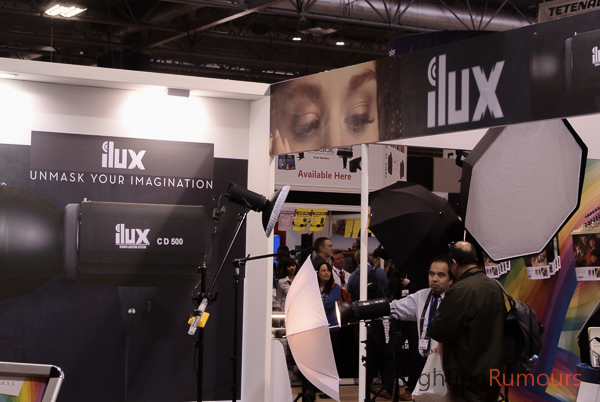 The iLux CD and RD lines are extremely similar to each other in specifications, with some minor differences on the outside such as the position of the power socket and the layout of the rear display.

Each series is made up of two models, 300J and 500J. They have a standard feature set: Bowens S-fit accessory mount, independent flash and modelling lamp power control, an optical slave cell and backlit controls.Â iLux-branded light modifiers include shoot-through umbrellas, softboxes and octaboxes, made from “anti-yellowing” material said not to discolour over time. 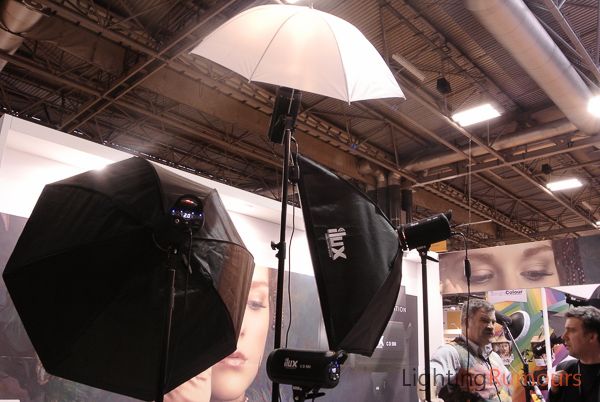 You are unlikely to see CD-series and RD-series being sold side-by-side to consumers because there are not enough distinctions between the two for a retailer to justify carrying both at once. Instead, each variant is being offered to different markets. There is currently no remote control but we might see such functionality in a future iteration.

In addition to the studio equipment on show, Photomart marketing manager Jurie Gryffenberg revealed to Lighting Rumours that a “travel pack”, a pure sine wave battery inverter to power monoblock flashes on location, is in the works. Named the iLux Recce, there is no firm release date but we were told to “keep an eye out for it next Focus” (March 2014).