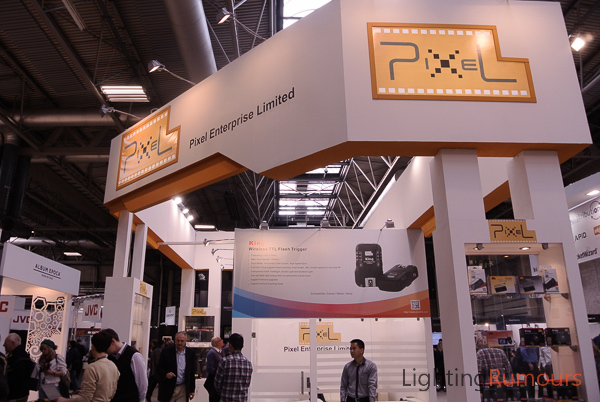 Pixel Enterprise, the Hong Kong-based photo accessory manufacturer, was at Focus On Imaging 2013 and had several new products to announce. Speaking to Lighting Rumours, the company said that this year it will be bringing out an LED video light and a flashgun, as well as their King II wireless TTL triggers.

When will the Pixel King II be released? A “target” was given of “June or July” but no specific date or price. As for the flashgun and LED lamp, Pixel did not detail what features each device would have, saying the specifications are “to be confirmed”. 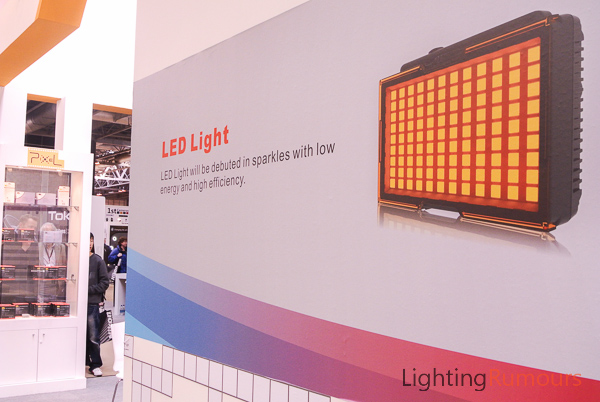 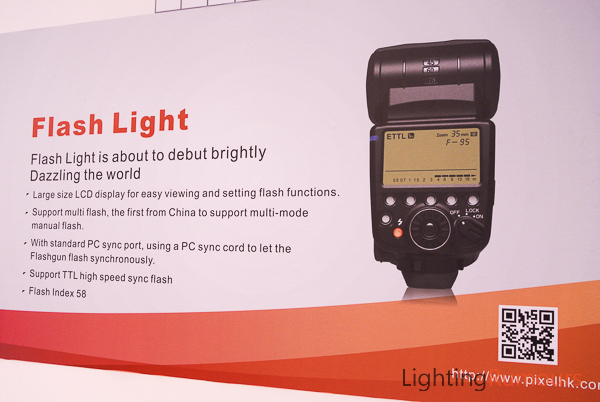 The flash shown in the poster above may be the Dazzne Flash Light announced by sister company Rikon, which apparently will not be the same product as the Pixel one. No date has been given for the Dazzne Flash Light. Meanwhile, Rikon says it is working on a Nikon version of their Dazzne Kody TTL trigger but there are no plans for a Sony model.

Rikon’s MeYin RF-604 flash trigger was available at the show and we took away some samples to review. Watch out for that in the near future. To cater for customers without a local Rikon distributor yet, Rikon says it will be opening an international B2C eBay store soon.