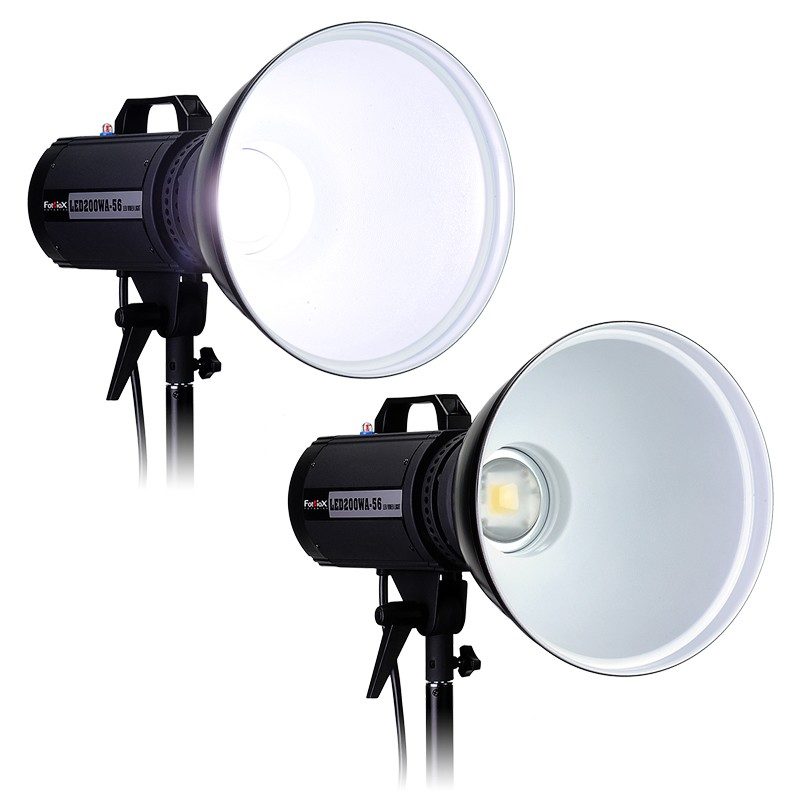 Fotodiox has doubled the power in its “strobe-style” continuous studio lights. The new LED200WA offers twice the output of the award-winning LED100WA lamp in the same softbox-friendly form factor.

Equipped with a Bowens S-type accessory mount, you can attach the same light modifiers as you would on a typical studio flash head. Such a format is increasingly common in the lighting industry, having been adopted by Photoflex, Priolite, Jinbei, Westcott and the upcoming Strahlen Lights. 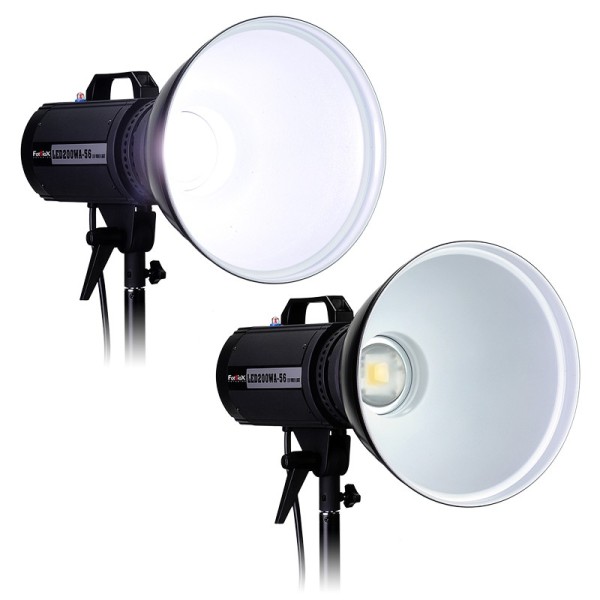 There are two models available in the 200W power rating: the tungsten-balanced LED200WA-32 and the daylight-balanced LED200WA-56. Each has a colour rendering index (CRI) over 85% and has 0â€“100% dimming control.

The Fotodiox Pro LED100WA was included in Pop Photo’s Best Photography Gear of the Year 2013 awards, alongside the Priolite MBX1000 and Rotolight Anova.

NB: In the video title, “monobloc” is a misnomer because the LED200WA actually has a “lunchbox”-type ballast (power supply) separate from the head. That means more things to trip over but it does make the head itself lighter.

Prices start from $429.95 for a single head and you can buy twin-head kits bundled with softboxes for around the $1000 mark. Click here to see the listingsÂ or visit the manufacturer’s web site.