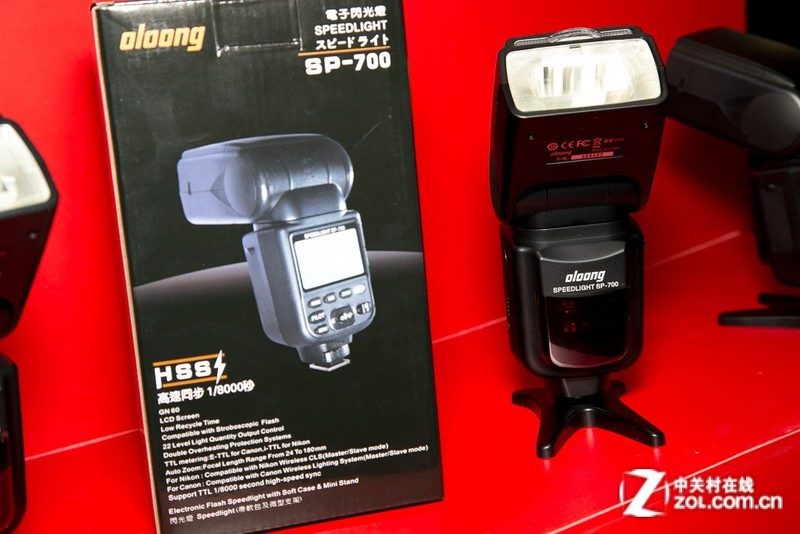 The concisely-titled 16th China International Photograph & Electrical Imaging Machinery and Technology Fair is one of the country’s biggest photographic trade fairs. Tech news site zol.com.cn has published images of the Oloong stand as part of their P&E coverage. 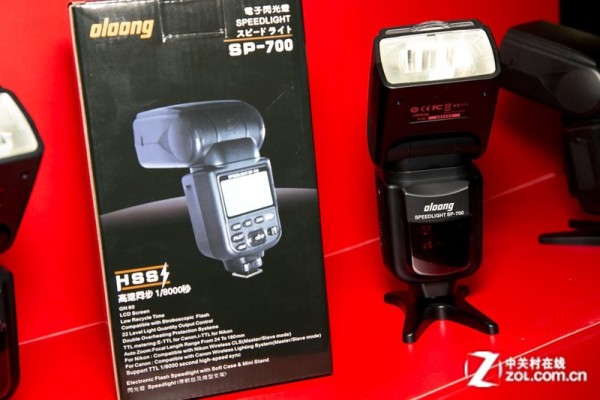 Unlike the recently-reviewed Calumet Genesis SP-692, Oloong’s upcoming flashgun has the benefit of high speed sync (also known as FP-Sync or HSS) allowing it to synchronise with cameras up to their maximum shutter speeds (typically 1/8000 second). It is promoted as a key feature on the manufacturer’s packaging (shownÂ above).

The SP-700 has a similar spec sheet to the Phottix Mitros, Nikon SB-910 and Canon 600EX, including master and slave capabilities for Canon and Nikon’s advanced wireless flash control systems. While the company web site states a guide number (GN, a measure of brightness) of 55, the trade show pictures suggest this has increased to 60. Some specifications have yet to be precisely confirmed, such as the “low recycle time”. 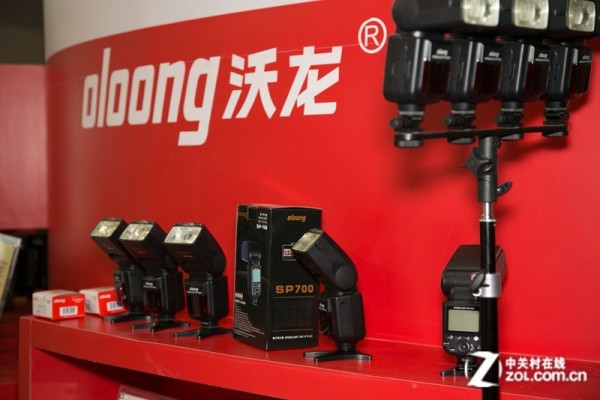 Pricing and availability has yet to be announced, but these shots of actual units on display will reassure prospective customers that the product is definitely on its way for release this year. For further information, contact Oloong.