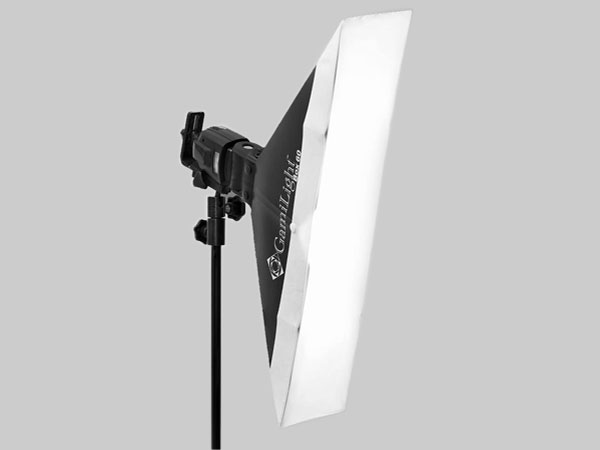 Unlike conventional flash accessories made from rods, fabric and metal, GamiLights are assembled more like origami. Every light modifier starts its life as a flat sheet of plastic, which gradually takes form by clicking together the various press-studs along the surface. My first encounter with the Malaysian brand was with their innovative Square 43 and Box 21 softboxes, followed by the Spot 2 snoot.

GamiLight have recently expanded their range to include a stripbox called the Box 60. It works on the same principle as the Square 43, but is long and rectangular, a shape that provides softness in only one dimension and is often employed for accent lighting in portraiture. British distributor UKphotodistro kindly sent me one of these lightweight accessories to try for myself. 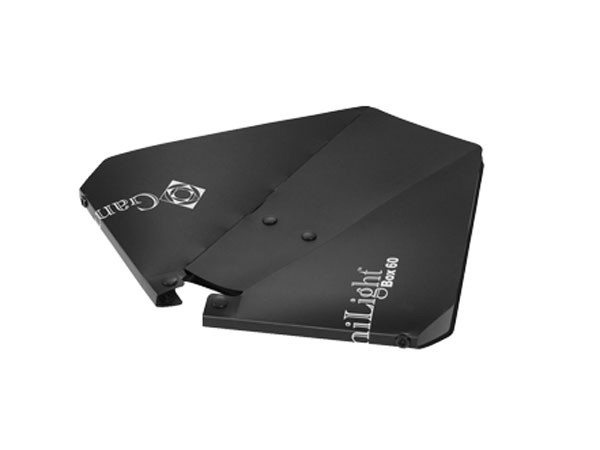 Out of the box, the Box 60 is much like the original Square 43 softbox. Measuring 12 by 60cm assembled, the Box 60 is like a squashed version of the same. It is straightforward to put together: everything simply clicks into place. It attaches via a rubberised mount that you leave on your flash head. Disassembled, the kit folds completely flat into a nice carrying bag; its surface area is possibly a bit big to fit in most photography rucksacks. 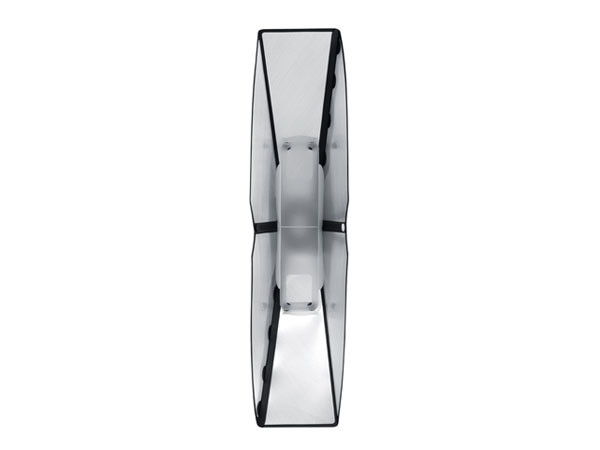 The Box 60 is the first modifier from GamiLight that is not a regular polygon; i.e. it is an elongated rectangle, not a square. Immediately this introduces a fundamental problem, because it only mounts in one orientation on the speedlight does not rotate. For the square softboxes this did not matter (rotational symmetry and all that).

But mounted to a flash, the Box 60 is a wide, horizontal strip softbox. This shape could be handy for some product photography or a bit of hair lighting, but chances are if you are in the market for a stripbox then you want it to sit vertically to work as an accent or rim light, especially in portrait photography.

It turns out the only way to get the Box 60 vertical is to use a horizontal mounting adapter for your speedlight, so you can point the flash sideways at your subject (like the cool gangsters point their guns on TV). GamiLight helpfully offers a solution to this called the H1 Flash Holder, but it is not included and actually costs more than the Box 60 itself. The distributor did not send me an H1 Holder with my sample, but I had a similar bracket in my gear store. 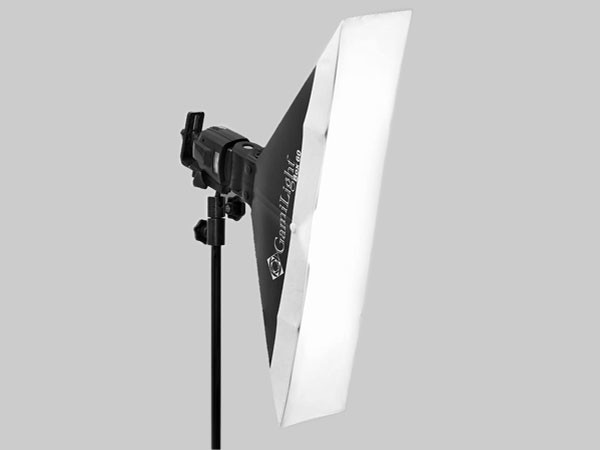 With a speedlight (Yongnuo YN560-III) at its widest setting, the spread of light within the box is quite wide but unfortunately does not evenly cover the edges of the front panel, even with the flash’s flip-down wide-angle diffuser deployed. Thus the resulting light source is not as sharply defined as it could be. There is, however, no major light leakage out the sides and the falloff is not too offensive.

To test the look of the light, I added the GamiLight Box 60 to a portrait lighting setup, which also included two Godox Witstro flashes â€” one in a small softbox as the main light and one with a blue filter pointed at the background. The GamiLight was playing the role of “rim” or “hair” light, adding an accent to the edge of the subject, lighting them from behind and separating them from the background. 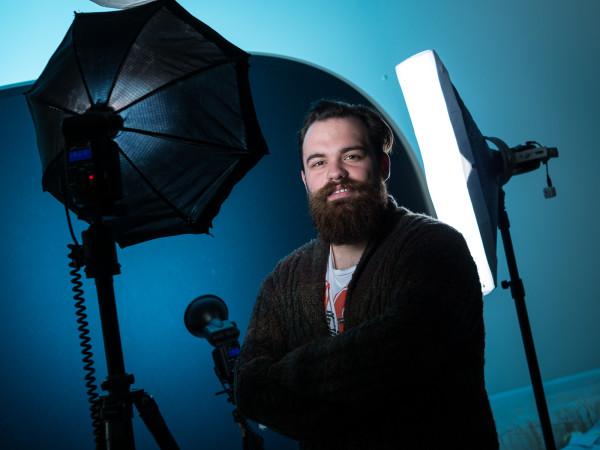 The Box 60, with an appropriate horizontal flash bracket, is easy to position and seems to work well, producing a soft light that is still tightly controlled, avoiding spilling light horizontally, which in a setup like this could either contaminate the backdrop lighting or cause camera lens flare. There does not appear to be any significant colour cast. 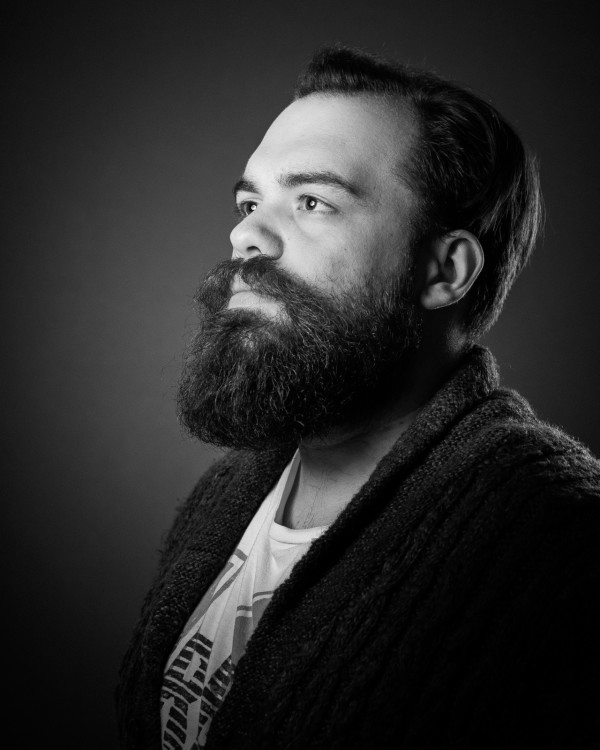 It has to be positioned quite closely to get the softness benefit, so for less tightly-framed photographs you might be better off with a full-blown conventional strip softbox. However if you are a location photographer shooting headshots, small environmental portraits and even product photography, the Box 60 does the job. 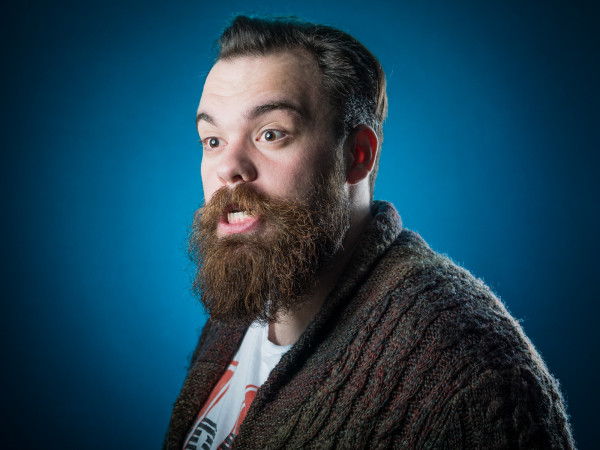 The GamiLight Box 60 is an interesting new lighting option for flash photographers. It is small, lightweight, easy to assemble and produces the right kind of edge light that is desirable in portraiture and other forms of flash photography. At Â£45 it isn’t too harsh on the wallet either.

However, out of the box the Box 60 is fairly useless, because it is beholden to the orientation of your flash head. Paying an extra Â£60 for a flash bracket just to get the thing vertical is ridiculous. Even if you already have such a bracket or buy another one more cheaply, such apparatus adds weight and bulk (and does not fold flat) and sort of goes against the main point of a directly-mounted flash accessory. It may still appeal if you already use other GamiLight-mount accessories, but be sure to consider alternatives carefully.

The sample in this review was kindly provided by UKphotodistro.