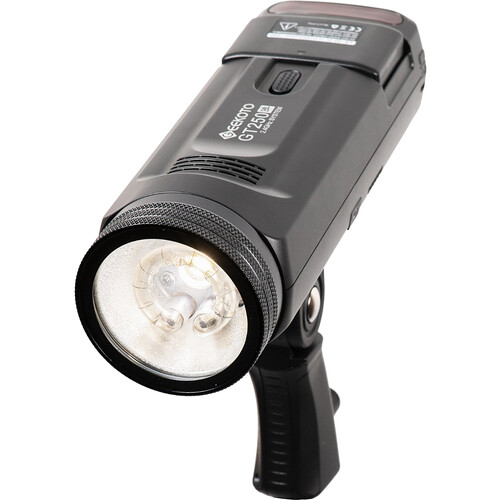 A new portable off-camera flash called the Geekoto GT250 is now on sale. The GT250 has a round head and a similar form factor to the Godox AD200.

It has an integrated 2.4GHz radio transceiver that is interoperable with the Geekoto’s own wireless triggers and with the Godox X-system, despite the two being made by different manufacturers.

The flash has a claimed 250-joule energy rating with manual power control down to 1/128 of full output. It comes with a bundle of useful lighting accessories that magnetically attach to the round head, and a Bowens S-type mount adapter. A removable 2900mAh lithium battery supports 400 full-power flashes from a single charge. The recycle time is 2.5 seconds.

Godox compatibility is activated via a special mode on the flash, accessed by holding down two buttons. At the time of writing, the only Geekoto ‘Jin’ system camera trigger is the C1 Commander, which supports TTL and high-speed sync with Canon, Nikon or Sony cameras. Assuming the GT250 supports TTL through Godox triggers (the functionality isn’t made explicit), you should be able to use it with other camera brands as well, via the Godox X1, X2 or Xpro triggers or radio-enabled commander flashes like the V1.

The S-fit adapter bundled with the GT250 does not look ideal (see below), as the positioning of the bayonet means you will have narrow light spread in softboxes, and the whole weight of the modifier will be supported by the flash. You would be probably better off splashing out on a bracket like the Godox S2. 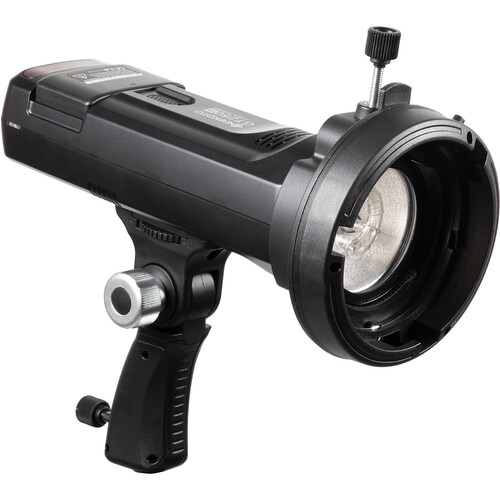 Geekoto’s GT250 follows on from the GT200, which has a rectangular flash head, and also has Godox triggering support. Neither flash has interchangeable heads.

The GT250 appears to be manufactured by Triopo and based on the F1-250. Geekoto is a brand owned by Hong Kong-based Filow Technology. The Geekoto GT250 is available now for $380 from B&H Photo. This price is reasonably competitive with the AD200 Pro, once you take into account the included accessories.

This is not the first time someone has made a flash compatible with radios from another brand: the Canon RT radio transmission system was cracked long ago. And it’s not new for the cheaper Chinese brands to reverse-engineer each other’s protocols, either, as we have seen in the past with aftermarket triggers for the Yongnuo RF-60X series. And this year saw the launch of the Aodelan E2, a third-party Profoto Air trigger.

What do you think of this flash? Something to consider over the Godox offering, or just another clone? Share your thoughts in the comments below.