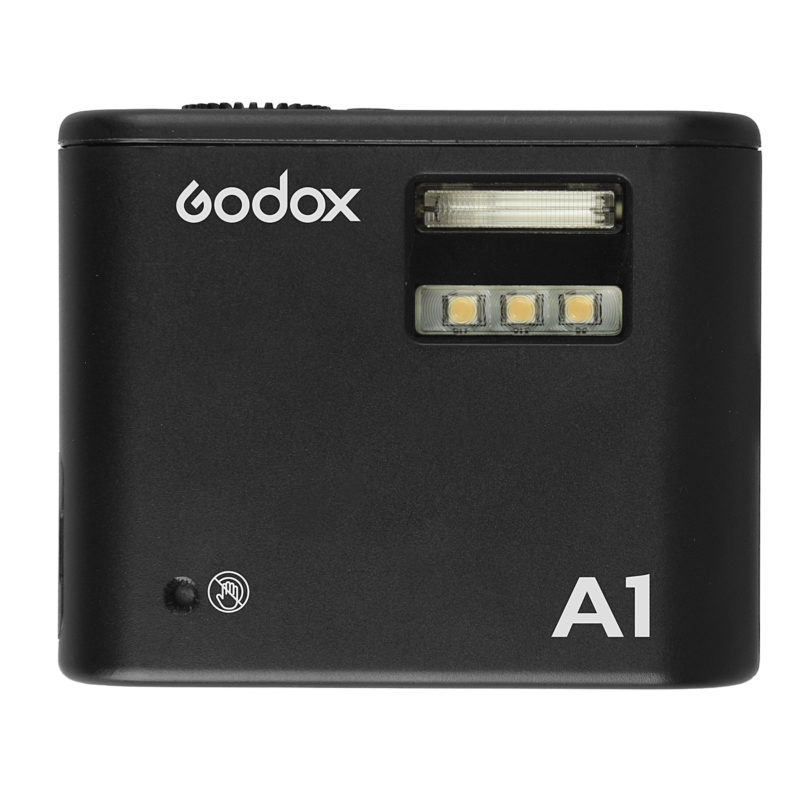 Chinese lighting manufacturer Godox has revealed the full technical specifications of their A1 phone flash system.

The Godox A1 is both a flashgun and a wireless trigger for smartphones, giving full Xenon flash capability with iPhones and—later this year—Android devices.

At a press conference in Shenzhen, the company demonstrated the product in a variety of settings, including using it as a trigger for studio photography with professional monolights, as well as using a set of Godox A1s alone as lighting for a tabletop still-life scene.

The full feature list has been released, including that the A1 has a guide number of 8.1 with manual power control down to 1/16, an automatic/TTL mode, a 1-watt LED modelling lamp and 2.4 GHz and 433 MHz wireless capabilities. The unit is powered by an internal 1000 mAh Li-ion battery, charged via a USB-C port.

Though most advanced users may want to use the A1 for full creative control with off-camera lighting, the A1 also has a magnetic plate on the casing and comes with a 3M sticky pad with a magnet. Stick this to your camera phone and you can magnetically clip the A1 to the back to act as an on-camera (on-phone?) flash or radio trigger.

According to Godox, upon release the A1 will be compatible with the iPhone 6S, iPhone 6S Plus, iPhone 7 and iPhone 7 Plus. Other models may work, but have not been tested. An Android app will be released in September.

Using the GodoxPhoto iOS app, you can connect to the Godox A1 via Bluetooth and control the flash or LED settings. Apparently the flash doesn’t work with your front-facing camera, so you’ll need to employ the rear-facing camera for any well-lit selfies!

In Auto mode, you can “easily achieve a correct flash exposure even in complex light-changing environments”, according to the product manual. For more consistent output, manual power can be set from the app or the OLED control panel on the A1 itself.

As a master controller, the Godox A1 supports triggering and remote control of Godox’s X system of flashguns, flash heads and LED video lamps, including the Ving V860 series, Witstro AD200 and AD600 battery flashes and Quicker monolights.

You don’t have to have a smartphone to use the A1, however. It also supports wireless control using the 2.4 GHz Godox X system, with remote adjustment from a Godox X1 series transmitter. It’s not a very powerful flash for this purpose but it’s certainly a lightweight and portable one.

The USB-C port is both for charging the battery and for installing future firmware updates. 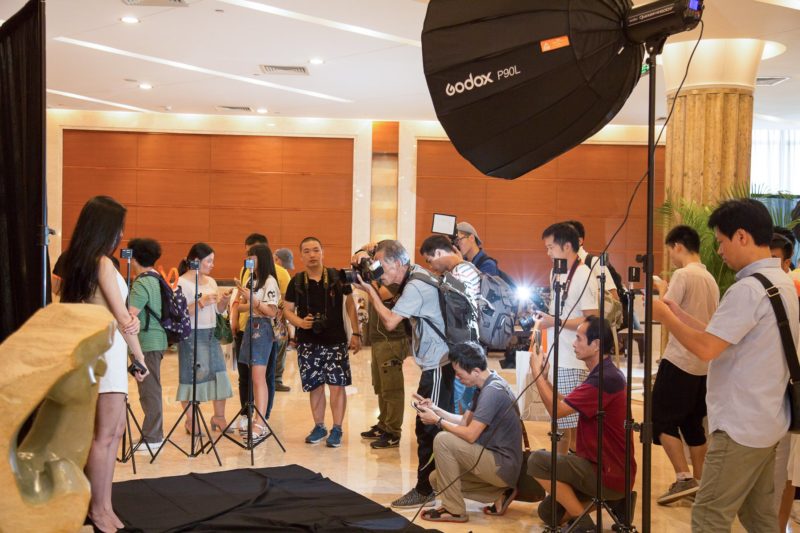 The manufacturer has also released the following promotional video.

You can download a copy of the instruction manual here.

Alongside the Godox A1, the company has also announced a new Godox A1 Mini, which is an even smaller flash unit that comes in a variety of bright colours including pink and yellow. Not as many details are available yet, but this will probably be cheaper and may not include radio transmission capabilities.

The Godox A1 is priced at 398 Chinese yuan, which is about $60 USD, Â£46 GBP or â‚¬51 EUR. Outside China, pricing may be higher due to distribution and import fees. Availability outside China has yet to be announced. For more information, visit the manufacturer’s web site.

Are you looking forward to the Godox A1? Share your thoughts in the comments below. Got questions? Let us know and we’ll find out what we can.