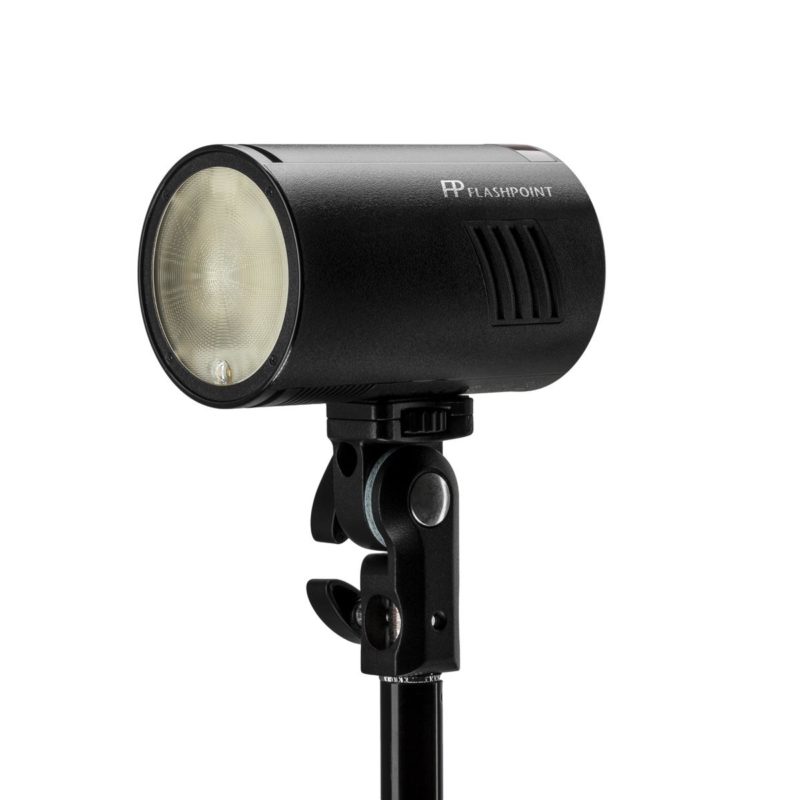 The Godox Witstro AD100Pro, also known as the Flashpoint XPLOR 100 Pro TTL R2, is now available for pre-order for $299 at Adorama or Amazon.

A 2.4GHz Godox X-system radio receiver is built in, and the unit uses a removable 2600mAh lithium battery that claims to support 360 full-power pops from a single charge (it is the same battery used by the Godox V1). Recycle time is 1.5 seconds. Power control is from full to 1/256 output in manual mode in (1/3 or 1/10 stop increments), but you can also use the lamp in TTL mode and with high-speed sync. Full power is 100Ws. There is a 1.8 watt LED modelling lamp.

On the side of the flash are 1/4″-20 tripod sockets for mounting to light stand adapters. The front of the fresnel is the same as that used by the V1 and AD200 round-head adapters, so it works with the AK-R1 accessory kit and with the Godox S2 adapter for Bowens softboxes. There is a 28â€“85mm manual zoom to adjust the beam. The device weighs 524 grams including the battery.

Unlike the AD200Pro and V1, the AD100Pro is fan-cooled, so in principle should be able to be used for longer without overheating. Godox is also working on a fan-cooled version of the V1 but that hasn’t been announced yet. 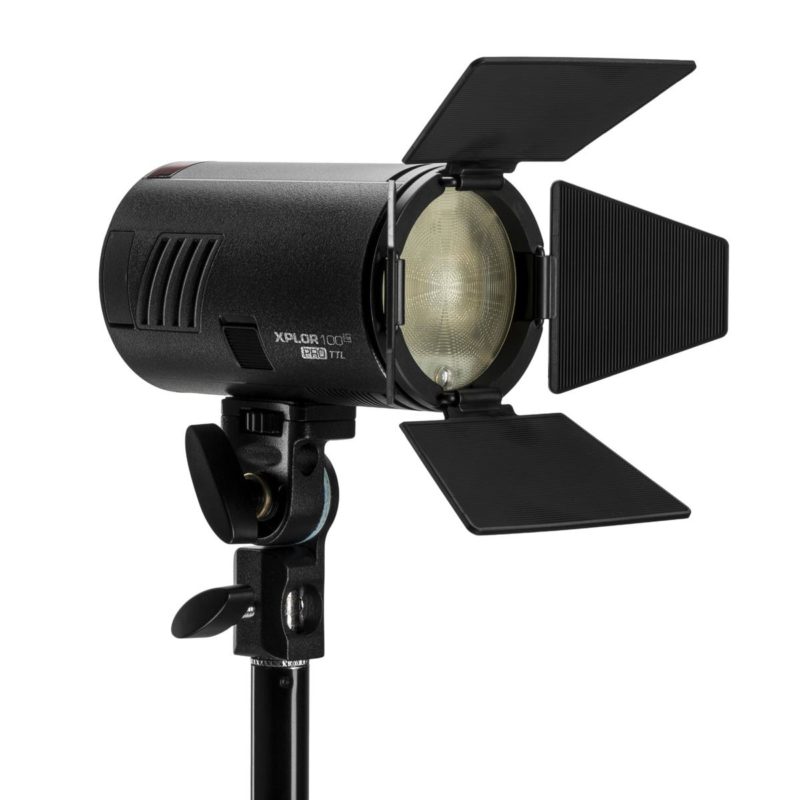