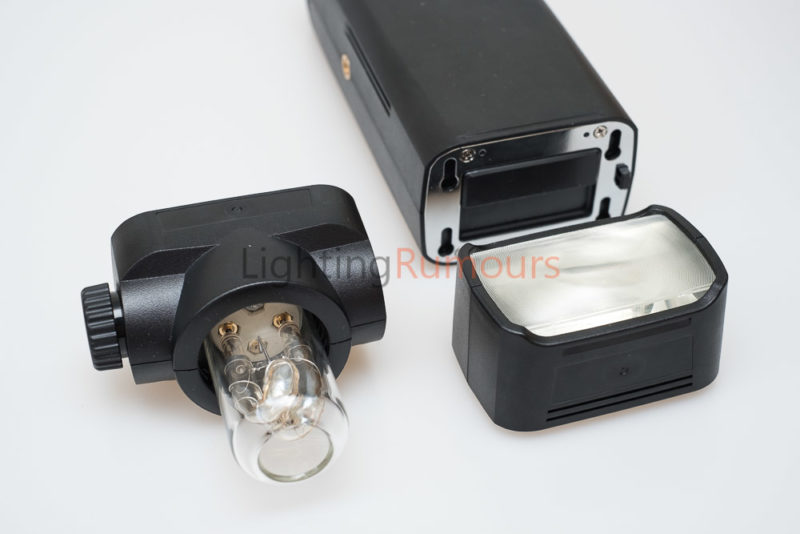 Last week the LightingRumours HQ was lucky enough the receive a pre-production sample of the Godox Witstro AD200. In this article we will share our first impressions of the little flash, but as you might understand we were quite excited to receive this piece of equipment.

Please note that this is a pre-production sample andâ€”although it is unlikely that Godox will change a lot in the final version of the flashâ€”they still have the opportunity to alter the design. You can see that the unit we received has some cosmetic marks;Â this is normal because this sample has been used by Godox itself for testing. 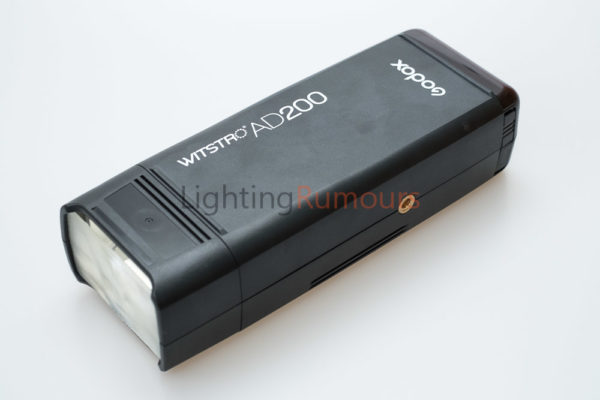 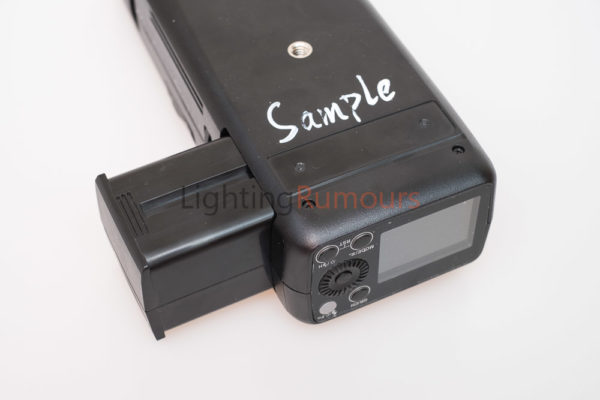 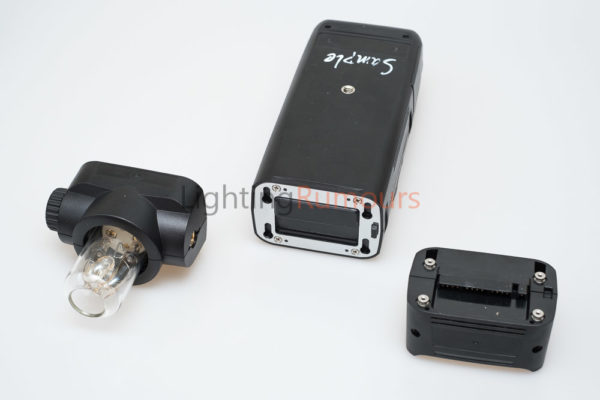 The size of the AD200 is very similar to a speedlight, albeit a little bit bigger. In the images it can also be seen that the AD360 is not significantly bigger, however, the AD360 requires an additional battery pack to operate. With the speedlight head and battery the total weight of the AD200 is 880 grams.

I know a lot of you want to know if the S-fit swivel (or better known as Bowens adapter) is compatible with the AD200. The good news is yes it fits, but it is extremely tight. Although it does fit, I am not sure if I would advise one to do so. However, with just a bit of sanding the AD200 fits perfectly. 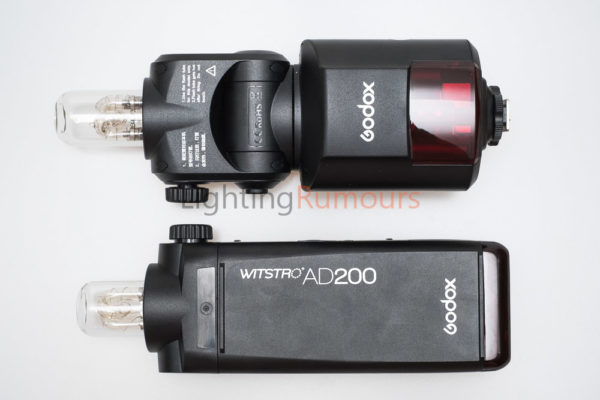 There are two different heads available at this time, but Godox has hinted that it might be working on others, such a dual flashtube head and a ringflash head! It seems that Godox is planning a whole system around the AD200.

The barebulb head is very similar to the one you would find on the AD360. Since both the AD200 barebulb and the AD360 have the same mount you can use the same accessories on the AD200 that are available for the AD180 and AD360.

To my surprise the fresnel head also features a LED modelling light. Not extremely bright, but very useful in situations where otherwise you would struggle to get a autofocus lock. As was indicated before the head cannot zoom and is set to 35 mm. Because Godox did not have to include a zoom mechanism it was possible to leave more space around the flashtube and thus prevent overheating.

With the sample that we have received there was also an swivel adapter (very tiny) and a 3-in-1 accessory for the fresnel head. This accessory can be clicked on the fresnel head and features barndoors (not removable), a grid (removable) and a magnetic gel holder.

It is still too early to give you exact power numbers, but the first test indicate that the claim of 200 Ws seems to be accurate. Three times more powerful than a typical speedlight and half a stop less powerful than the AD360. If the AD360 is 307 Ws and a speedlite around 70 Ws then the claimed power of 200 Ws seems accurate. However, please note this is a pre-production sample. 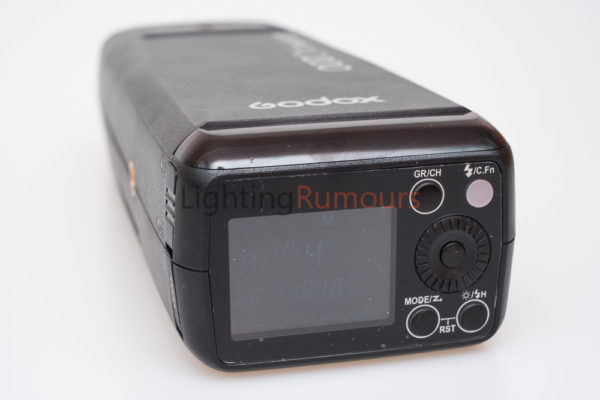 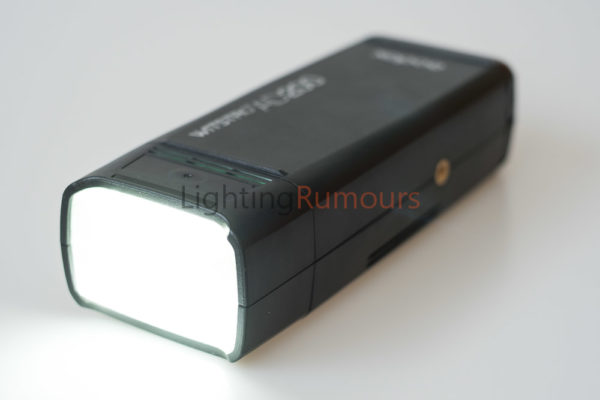 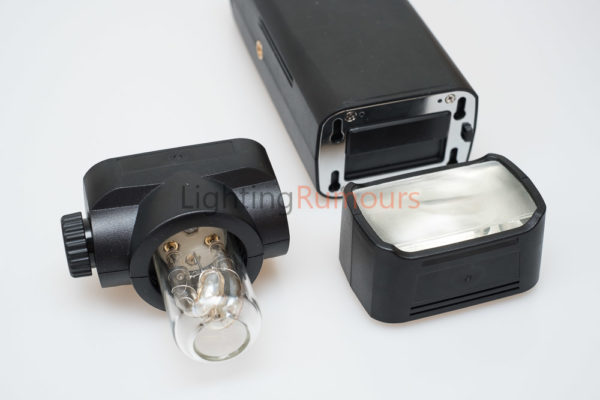 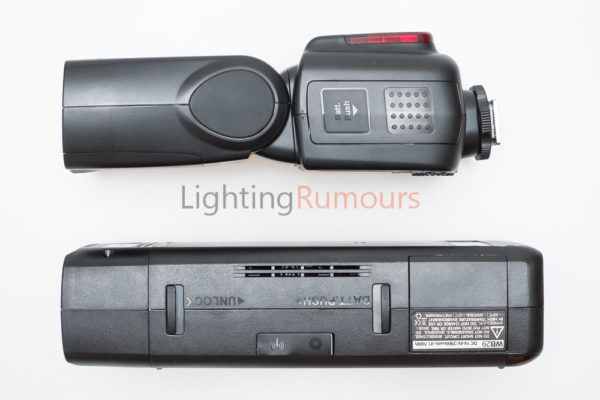 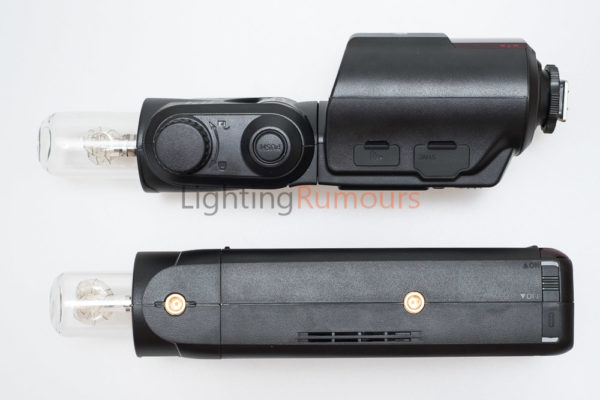