Godox has launched an ‘audio business unit’ to promote its new range of microphones.

Though it is not the first lighting manufacturer to diversify into sound recording, it appears that the Chinese photo equipment companies have recently increased their audio focus. What started as a few ancillary offeringsâ€”sometimes of questionable qualityâ€”has grown more competitive and targeted at a more professional level of users. As well as Godox, lighting makers that have branched out into audio include Commlite, Pixel and Yongnuo.

The new Godox unit has announced the release of three audio products. The first one is a compact directional shotgun microphone called the VD-Mic. This is a lightweight and compact directional microphone designed to be placed on top of your camera, aimed at vlogging, live streaming and general video production. TheÂ Godox WMicS1 is a compact wireless microphone system, with transmitter and receiver that operate on ultra-high frequency (UHF) signals. Accompanying this system is the newly-announced WH-M1, a handheld microphone with wireless capabilities built in.

WMicS1 is priced $179 for a one-person kit or $249 for a two-person kit, with extra transmitters and receivers available separately for around $100. The WH-M1 will be $129. Pre-order now at Adorama, B&H or AliExpress. 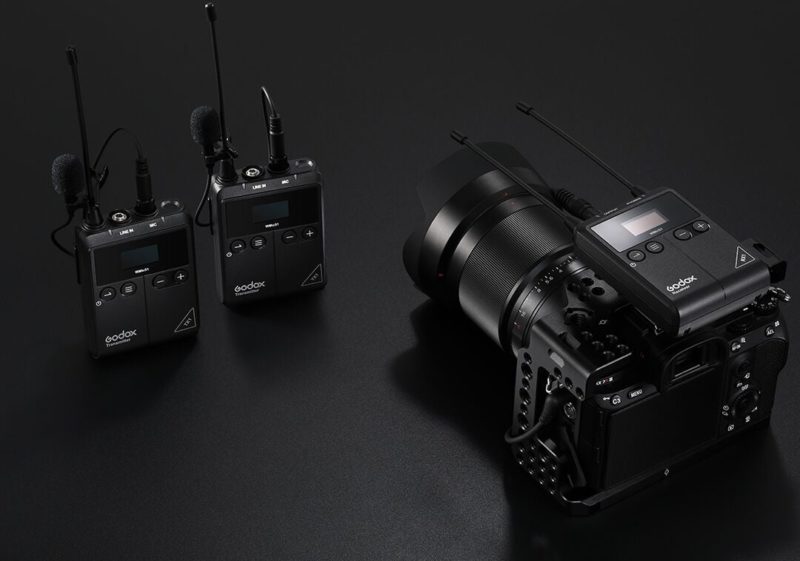 From other companies, we notice that Pixel Enterpriseâ€”known for their flash triggersâ€”have introduced the M80 shotgun microphone. Commlite has created a whole sub-brand of audio products called Comica and Yongnuo has introduced the YN220Â and YN221 miniature microphones. These are just a few examples of formerly stills-orientated photography manufacturers broadening their range of products to include dedicated video production equipment, alongside LED lighting.

What do you think of this trend? Would you like to see more coverage of audio gear?Â Please let us know in the comments!