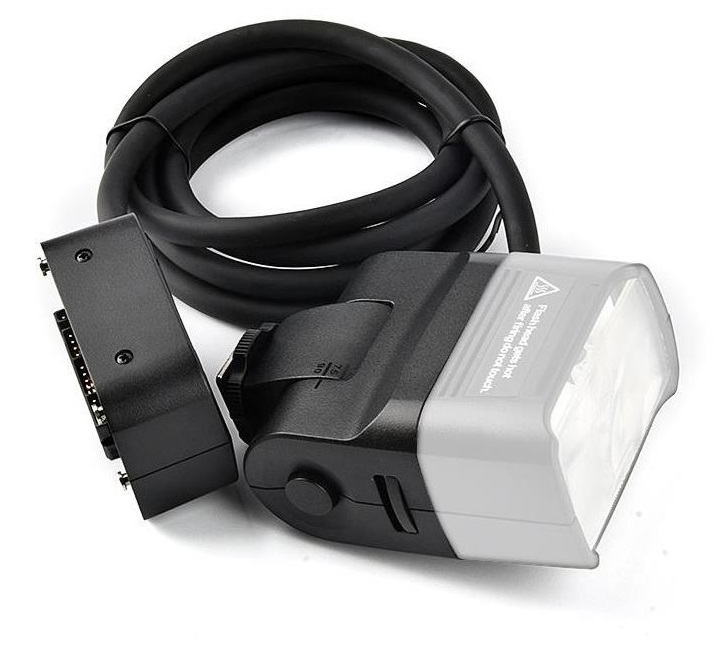 Chinese lighting manufacturer Godox has released a new accessory that turns the AD200 battery flash into a pack-and-head system.

Analogous to the Godox Witstro H1200 and H600 heads for the AD600 studio flash, the Godox EC-200 goes between the flash tube and the power pack. Unlike larger studio heads, though, the AD200 is neither very big nor very heavy, so this ‘boom head’ setup seems less for lowering the centre of mass of your lights, and more for improving the precision with which you can point the beam.

The Godox EC-200, also known as the Flashpoint Portable Extension FlashHead has a tilt mechanism and a hotshoe mount so it has a tighter turning circle than the full AD200 / eVolv head on a light stand. It probably still isn’t a good idea to try and mount it in your camera hotshoe but it might work a bit better now on a handle bracket. Another advantage is that it is easier to operate the controls (assuming you aren’t already using a radio remote) and to change the batteries from the pack when the head is mounted somewhere high up or difficult to reach.

Would you use one of these? Share your thoughts in the comments below.