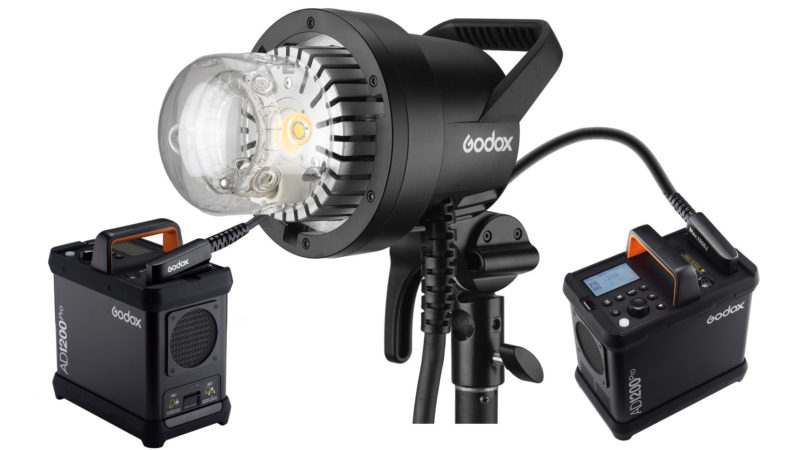 Godox, the Chinese lighting manufacturer, may soon announce the H2400P, a dual extension head for the AD1200Pro TTL power pack.

The company is very keen on products that turn two flashes or packs into one: the Godox AD-B2 lets you use dual AD200 Pocket Flashes at the same time, while the AD-H1200B extension head combines two Witstro AD600s into a single 1200Ws light source. Now it looks like the top-of-the-line Witstro AD1200Pro, a location pack with TTL and HSS, will receive the same treatment.

In the event that 1200 joules are not enough for your needs, the Godox AD-H2400P may let you join two AD1200 packs together, plugged into one 2400Ws-rated flash head, the same energy as in high-end studio generators like the Profoto Pro-10, though not quite as much as the 3200J of the Broncolor Scoro S. Unlike those packs, the Godox AD1200Pro is battery powered, so you can take it on location more easily. Though the combined weight will be quite heavy.

It’s already a feature of the AD1200Pro that you can plug two packs together via a second sync jack to ensure perfect synchronisation without triggering delay. The benefit of a double-power head is being able to put all the light into a single modifier (like a large softbox), rather than just positioning two lights next to each other.

Mere enthusiast photographers won’t need all this power, but commercial photo studios may, if not for the 2400Ws top output then for the quicker shot-to-shot recycle times offered by running two packs at half power.

Existing products with similar names include the AD-H400P and AD-H600P extension heads, which respectively turn the AD400Pro and AD600Pro from monolights into pack-and-head-style lights that are easier to hand-hold and have lower centre of mass. The AD-H1200B merges two original AD600s (non-Pro) into a 1200Ws light made up of two packs and one head. The AD1200Pro is already a pack and head so doesn’t need a separate extension accessory.

We have no details on specs, pricing or a release date at this stage. Godox declined to comment.