Godox, the Chinese lighting manufacturer, has announced a new LED, the ML60, pitched as an ‘optimal solution’ for photography on the go.

The portable 60-watt light takes power either from video camera batteries or the mains. It has a Godox accessory mount or can be used with Bowens S-fit light modifiers using an optional Godox S2 adapter. A Godox-fit reflector is included in the box.

Weighing just 0.77kg, the Godox ML60 is meant to be easy to set up either indoors or outdoors. It has a built-in cooling fan, which Godox claims makes â€˜negligible noiseâ€™, but there is also a silent mode that you can use during video shooting.

There is stepless brightness adjustment via a control knob on the rear of the unit, or a wireless remote control. There are also eight special effects video lighting modes, simulating scenes such as lightning strikes, a television or paparazzi flashes. This light is daylight balanced to 5600K; no colour temperature control here. Claimed colour rendering index (CRI) is 96+, and television lighting consistency index (TLCI) 97+. 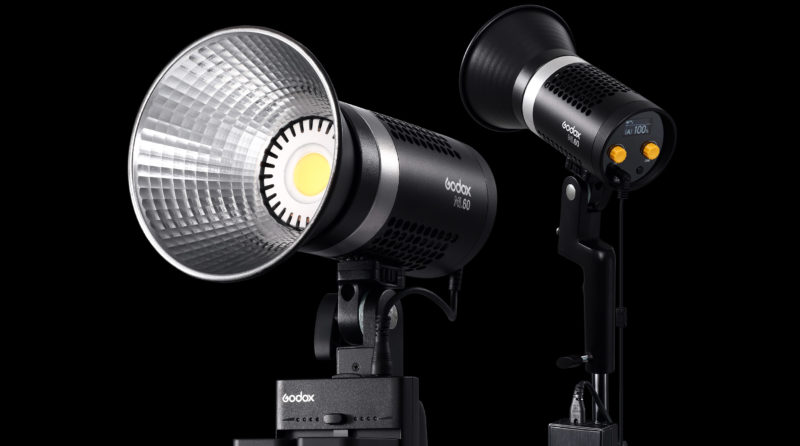 The Godox ML60 looks to either replace or complement the SL-60â€”a bulkier mains-powered studio lightâ€”and its battery-powered cousin, the SLB-60 (based on the AD600). The ML60 uses the smaller Godox bayonet and form factor closer to the AD300Pro (but without the integrated battery). We can probably expect a future tungsten-balanced version to be called the ML60Y (yellow) while this one will be dubbed the ML60W (white).

Update: it now available to pre-order for $269 at Adorama and at B&H Photo.