In the last year Godox has released numerous Bowens mount LED sources, but until now, Godox has never created bicolour LED lights with a Bowens mount. Fortunately for people that are in the market for such a light, Godox recently announced two new additions to their line-up which are bicolour, meaning that could can adjust the temperature of the light seamlessly from 2800 to 6500K.

The first of the two models which have been announced is the Godox SL150II Bi, based on the popular SL150II light. Compared to the original daylight balanced model the design and features have remained identical, with the exception of one small aspect (besides the obvious ability to change colour temperature). Due to the bicolour LEDs the included special effects are slightly more elaborate compared to the original SL150II, but that is it. 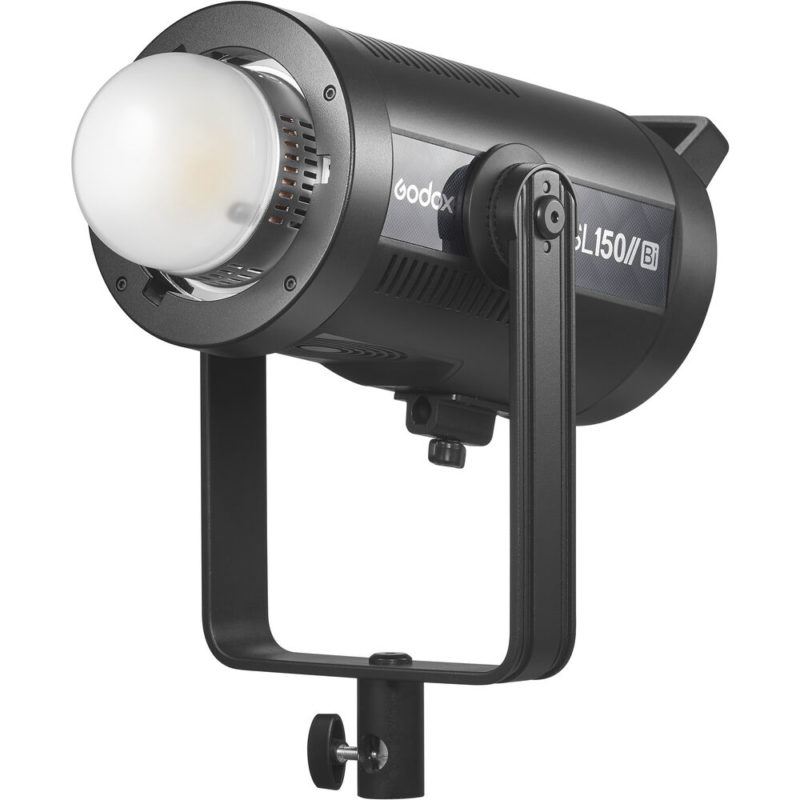 The other bicolour model is based on the new SZ150R, which was recently announced as well. Compared other Bowens LED lights from Godox the SZ-series has the unique feature to control the spread of the light by focusing. This ‘zoomable’ LED light allows users to concentrate the light output within a smaller circle.

While bicolor lights might seems like a better option than daylight balanced lights, be aware that bicolour LED lights will never have an output which can matches their daylight coloured version. For instance Godox states that the SL150II Bi only has an output of 30000 lux at one meter while the SL150II has an output of 58000 lux. The versatility of being able to regulate your colour temperature comes at a price.

Bicolours lights rely on mixing the output of multiple LED with different colour temperatures. Therefore Godox chose to add a small dome difusor on the LED in order to mix the output of the different LEDs properly. We at LightingRumours do not know if this diffusor is removeable to increase the output. It would make sense that you can remove this diffusor if you would use the light in a softbox.

What do you think of these new models? Is bicolour a feature that you need for your work? Let us know in the comments.