Godox has announced a range of updates to its flash lighting product lines.

Sony users will be pleased to hear that there will be an X1S TTL flash trigger for Sony multi-interface flashes and cameras, as well as a Sony version of the TT685 TTL flashgun.

The Ving V850 and V860 series lithium-ion flashguns are receiving an upgrade, with the Godox Ving V850II and V860II adding built-in Godox X1 radio receivers. This will let you trigger and adjust the flashes without having to buy and attach a separate receiver. The flashes will also work as radio master/commander on your camera hotshoe, controlling up to three groups.

The Ving V860 II N for Nikon and Ving V860 II C for Canon will provide the full range of TTL capabilities for their respective camera systems. The Ving V850 II is a manual-only flash but still allows high-speed sync support and wireless control of up to five groups.

Upgrades are not just limited to small flashes and triggers. Godox’s “Quicker” QT series high-speed studio flashes are being updated. The Quicker QT600II adds a Godox X1-compatible radio receiver, allowing them to be triggered and (we presume) adjusted from an X1 transmitter or flashgun. This adds to the existing key features of the QT600: super fast flash durations for freezing action. 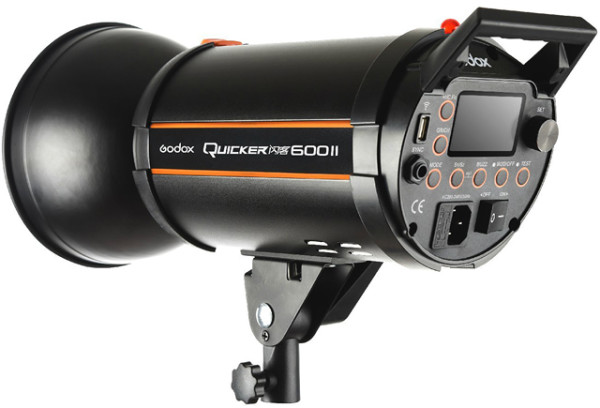