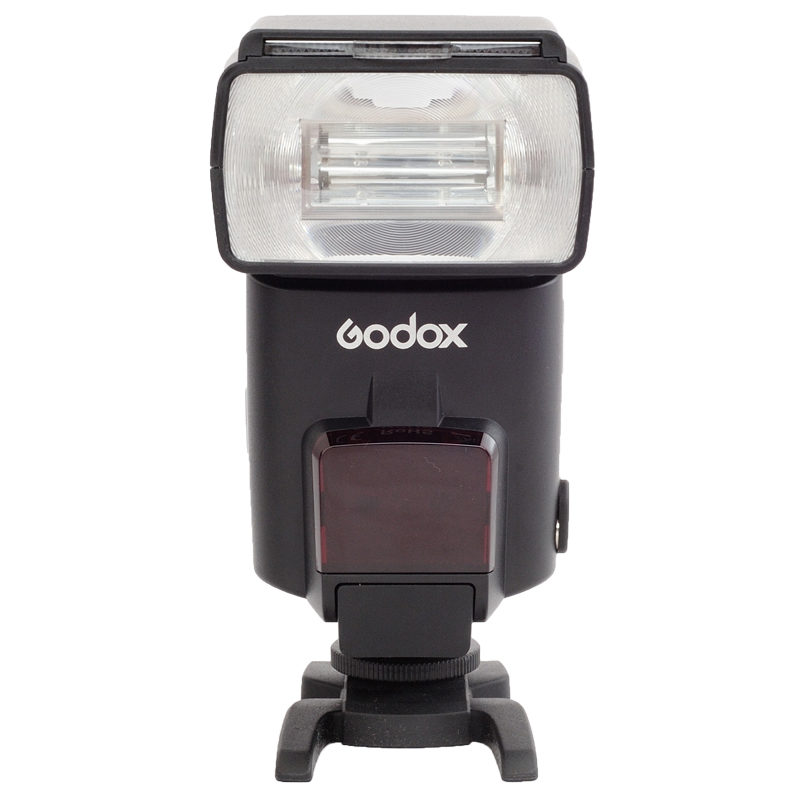 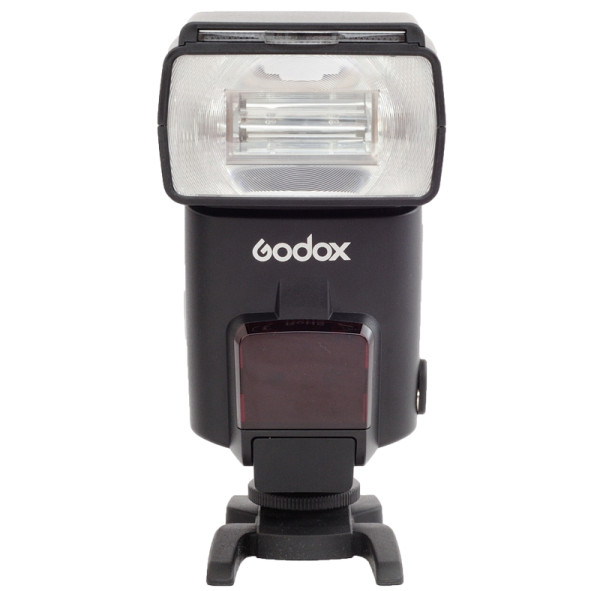 Thereâ€™s a lot of choice nowadays when it comes to third-party camera flashguns. But as the cheap Chinese speedlights pack in more and more features â€” a few on par with the camera makerâ€™s flagship products â€” some photographers might yearn for a back-to-basics approach.

Thatâ€™s what Godox, a Chinese manufacturer, has done with the new ThinkLite TT660. Itâ€™s an upgrade to the ThinkLite TT560, with a new design, higher guide number and a flash head that zooms to different focal lengths.

In the box you get:

This is quite a big flash. Iâ€™m not sure how it compares to the TT560, but itâ€™s in the same sort of territory as the Nikon SB-900 and Canon 600EX. I donâ€™t think thereâ€™s any particular reason why itâ€™s so large, other than to save money â€” the higher-end Godox ThinkLite TT680 shares the same casing and needs the room for its LCD control panel and extra buttons. But the Yongnuo YN560-III, which I was able to compare directly, is smaller and also has an LCD, so maybe it’s just a fashion victim? 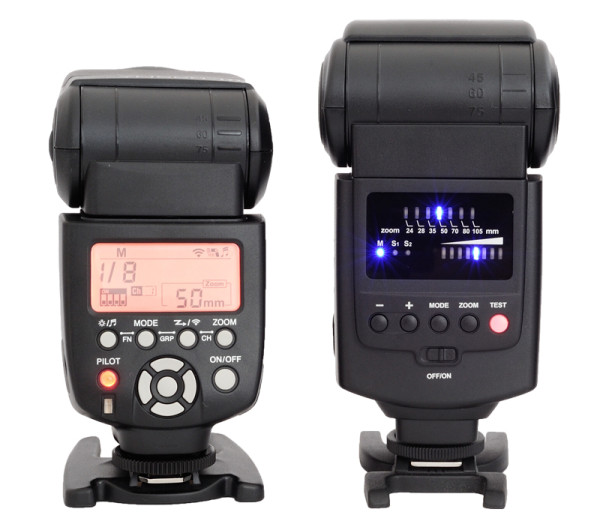 The quality of the construction is good. Thereâ€™s no creakiness in the plastic, which feels strong, and everything from the buttons to the swivel head has a reassuring tactile response. The weakest components are probably the battery door and the pull-out diffuser, but neither are any worse than those on the Nikon SB-800.

On the head there are markings every 30 degrees for horizontal swivel and at 45, 60 and 75 degrees for vertical tilt (pointing the flash straight forward is 0 and straight up is 90). The movement is easy, with firm clicks at each step but no way of locking the head into any particular position. You canâ€™t tilt the head downwards.

For synchronisation we have a PC jack, but it is not a screw-lock type. I would have preferred the more reliable 3.5mm port. The bare-bulb Witstro flash from the same company has a PC jack, a 3.5mm port and a full-sized USB port so itâ€™s a bit disappointing that some of this modern functionality hasnâ€™t trickled down to their cheaper products.

The hotshoe foot is made of metal and has a locking ring, but there is no locking pin, so youâ€™ll be relying on friction alone to keep your flash secure. If this doesnâ€™t fill you with confidence, not to worry! Thereâ€™s a rather unique alternative mounting option on the side. Itâ€™s a Â¼-inch tripod screw socket. More on that later. 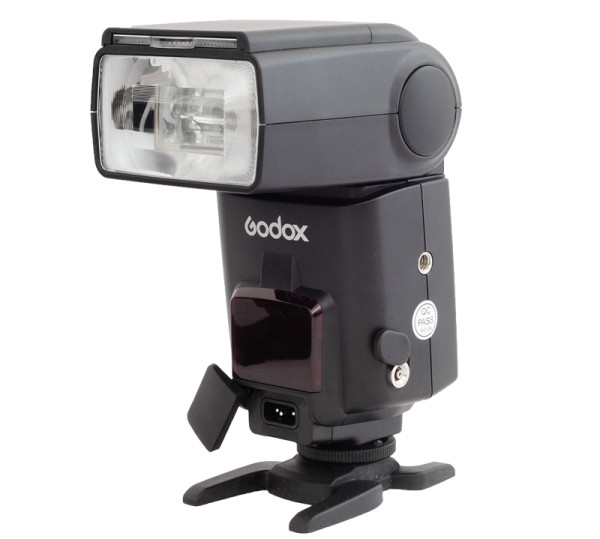 You wonâ€™t be needing the instructions because the TT660 is practically foolproof. There are no complicated menus to navigate, no superfluous features like TTL or stroboscopic mode and every button is dedicated to one job. While this does mean you sacrifice the level of customisation offered by more advanced flashes such as the YN560-III, youâ€™re never at risk of messing up the settings in quite the same way.

On the rear control panel of the TT660 we have three blue LEDs: one to indicate the operating mode, one the zoom level and one the power. 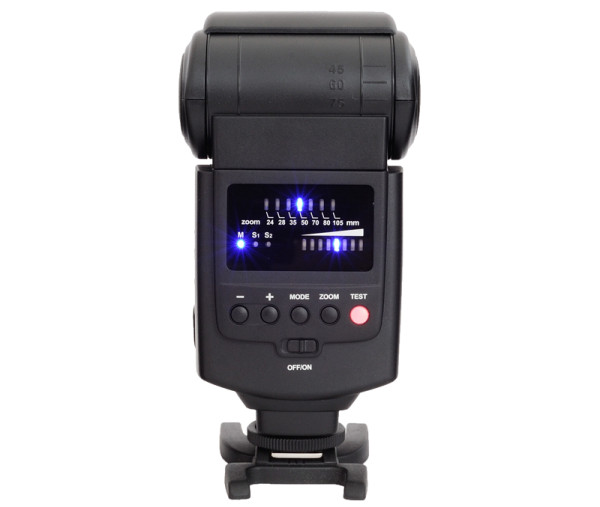 Power is only adjustable in whole stops, which makes settings easy to read and change, but gives you less precise control over the output. Other flashes offer 1/2 or 1/3-stop precision, but sometimes this is managed in a clunky way, so maybe it is better than Godox omitted the feature rather than implementing it poorly.

From left to right on the LED scale, you have 1/128, 1/64, 1/32, 1/16, 1/8, 1/4, 1/2 and full power. The positions aren’t actually labelled but I haven’t found that an issue. The indicators are so clear that I have no problem determining the power level from five metres away or more and it is just as readable when viewing the panel from below, e.g. when the flash is mounted up on a light stand. The viewing angles are decent from the side as well. Best of all, the display works all the time in the dark. (LCDs are usually OK for about 10 seconds while the backlight is on, then unreadable.)

There are just three modes:

The slave sensor is hidden away behind the red window on the front of the flash. You can orientate this towards your master unit while swivelling the head to point where you want the light to go. Be sure to switch the flash back to “M” mode if you’re not planning to use the optical slave, otherwise your flash will go off if there are any other flash photographers in the vicinity. The TT660 does not appear to trigger from the hotshoe if left in S1 or S2 mode. I tested it with Nikon i-TTL flashes in manual and TTL mode, respectively, and the slave works at all practical indoor ranges.

The flash goes to sleep after 30 minutes in manual mode, or an hour in S1 and S2 mode. Pressing any button wakes it up. You canâ€™t disable sleep mode, but with intervals as long as this, would you ever need to?

The zoom level measured in millimetres, equivalent to the focal length on a DSLR camera. 24mm is the widest beam and 105mm the narrowest, though you can widen the beam even further with the flip-down diffuser in the top of the flash head. When you pull this out, the flash will automatically switch to 24mm and when you return it to its holder, the zoom will go back to whatever position you had set before.

As with many other hotshoe flashes, the TT660’s light spread isn’t very attractive at the maximum zoom setting, so attach a grid spot or other light modifier if you plan on using it as a background light. Here is what the light looks like on a blank wall at the different flash head positions: 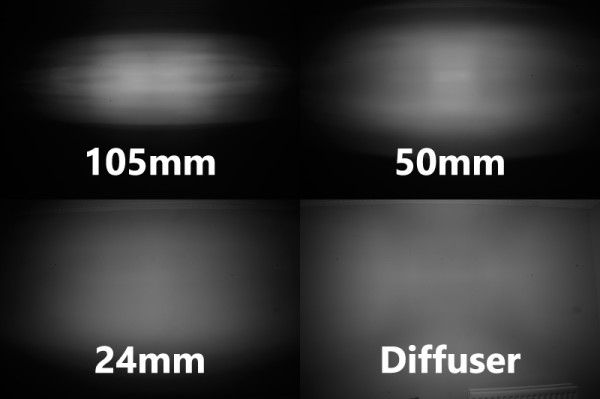 Godox got the controls right, but the hotshoe foot could be improved. A locking pin would keep the flash sitting on cameras and triggers much more securely. The friction wheel could be a bit larger with better grip as well.

However, you don’t need to bother using the foot to take any weight for off-camera use, since there is a tripod socket on the side. This thread is perfectly positioned to balance the weight of the TT660 and was a very clever addition. 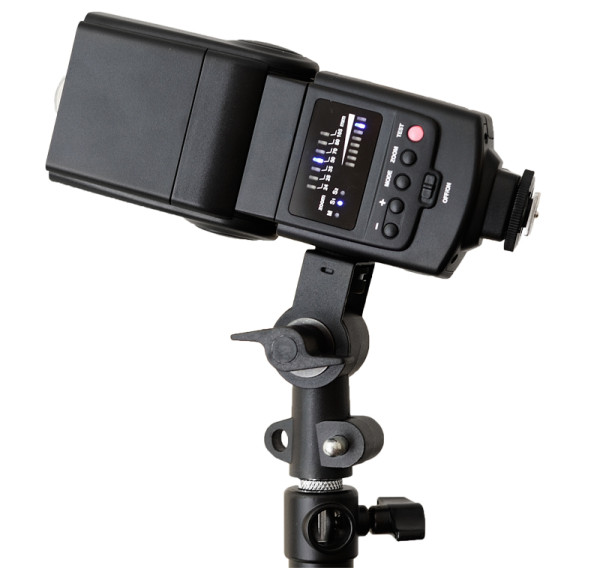 You can mount the flash on a tripod, light stand or swivel bracket still having the foot free to attach radio receivers. This could be handy if you don’t really trust your radio receivers to hold the weight of the flash. What’s more, having the flash lying flat means it is pointing more closely to the centre of your umbrellas, and eliminates the need for L-brackets.

While I’m quite happy with the way the TT660 operates, what’s actually important in a flashgun is the light that comes out of it. How much is there and how often is it available?

Sadly the ThinkLite isn’t the brightest kid in the class. At the 50mm zoom level, from one metre away I measured f/20, Iso-100, 1/125 second with a Sekonic L-358 light meter. By contrast, in the same test the Yongnuo YN560-IIIÂ (pictured) gave a reading of f/29, which is exactly one stop more (ie twice as bright). Still, the TT660 has plenty of light for many applications. 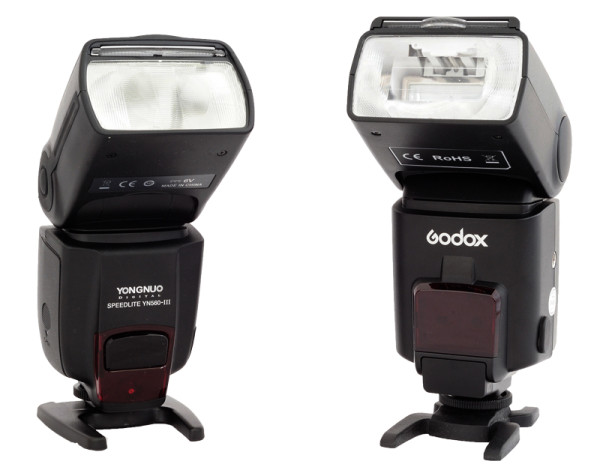 Thereâ€™s also an overheat protection feature. If you fire 20 full power flashes in quick succession then itâ€™ll artificially increase the recycle time to 10â€“35 seconds to force you to give the ThinkLite time to cool down. If youâ€™re naughty and continue to overwork the TT660 then the circuits inside will switch it off for about ten minutes so you have time to think about what you did.

The ThinkLite wonâ€™t fire until itâ€™s â€œreadyâ€, unlike some other flashguns that will trigger during recycling. You can shoot as many frames as you want or spam the test button repeatedly, but until the LED charging indicator glows red, no light is coming out of the TT660. Itâ€™s analogous to focus priority (vs. shutter priority) on your camera â€” you might miss a few shots but every one you do get will be a â€œcorrectâ€ one.

In theory this would be a benefit for people looking for consistent exposures. However, at full power, the TT660 declares itself â€œready for actionâ€ slightly prematurely. If you fire a shot at the very earliest opportunity, you will get â…“ of a stop less light than if you waited an extra half a second or so. I havenâ€™t been able to test the flash with a battery pack so canâ€™t be sure if it behaves the same way when hooked up to external power.

Godox specifies a recycle time of up to six seconds with alkaline batteries, which is rather a long time. With 1.2V NiMH AAs I measured 4.5 seconds until the ready light comes on (or just under five seconds if you want it to be fully charged â€” see above) which is about the same as the Nikon Speedlight SB-800 but a second slower than the Yongnuo YN560-III. Battery packs will speed this up. So nothing terrible but nothing amazing either. A battery pack should bring the time down by about half, but I haven’t had the opportunity to test it for myself.

So overall the performance is OK, but not about to break any records. It is basic, to match the controls. 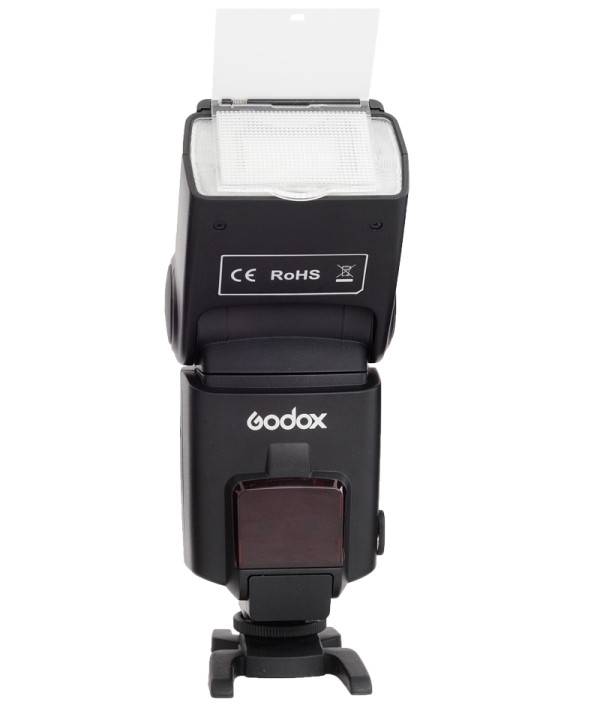 The Godox ThinkLite TT660 is an extremely easy to use flashgun with a good â€” if not particularly advanced â€” set of features suitable for getting anybody up and running with flash photography. The TT660 has all the things you need, if not everything that everybody might want. It currently goes for aroundÂ $60â€“65 on eBay, making it a very attractive option for any budget, however the raw performance doesn’t quite match some similarly-priced competitors.

It is slightly cheaper than the Yongnuo YN560-III, but the latter is smaller, faster, more powerful and has more precise control. Enthusiasts and professionals might therefore go for the more versatile YN flash for the extra potential it provides.

Would I recommend the ThinkLite TT660, then? Absolutely. The TT660 has the perfect combination of features for the learner photographer and I can see it being put to good use in an educational environment. The simple controls, decent build and relative lack of bells and whistles means that the user can focus on learning lighting and making pictures, rather than spending their time buried in an instruction manual. It may not be as advanced as the YN560-III but it seems like there are fewer things that could go wrong for the inexperienced photographer.

It’s cheap, which means you can buy several. The built-in tripod socket â€” not a common feature among speedlights â€” makes it an excellent choice for occasional flash users or absolute beginners, who may not own lots of light stands and brackets but can use a standard camera tripod. If you’re a bit more experienced then you might prefer the Yongnuo offering, or want to hold out for a model that mixes features of the TT660 with its bigger brother, the Witstro AD180. A TT660 with remote power control would be nice to see.

, under the Godox or “Neewer” brands.Â Thanks to GodoxÂ for providing me this flash to review. For more technical information, please visit the manufacturer’s product page.

Any questions or feedback? Share them in the comments below.